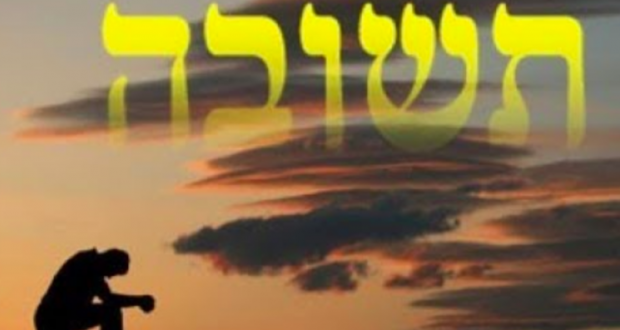 Posted by: Gil Student in From The Hashkafah Files, Magazine, Musings, Posts Aug 23, 21 0

I. Repentance and Suffering

The Talmud (Yoma 86a) lists four types of sins and their corresponding methods for attaining atonement. A sin that would otherwise be punished by execution or kares (excision) requires repentance and Yom Kippur in order to delay punishment and suffering (yissurin) to achieve full atonement. In Medieval and early Modern times, this need for suffering in order to become cleansed of sin led to self-imposed flagellation, exile and other forms of suffering. Is that suffering completely necessary? I had thought the answer is no but now have found that it is a matter of Medieval debate.

Rav Moshe diTrani (Mabit, 16th century, Israel; Beis Elokim, Teshuvah ch. 2) asks why a religious court ever executes a repentant criminal (in the times when they were authorized to execute, as per below). Part of the process is the criminal confessing to his sin. Shouldn’t the repentance and confession suffice? Mabit first answers that a court cannot know who truly repents. Only God can see into a person’s heart.

He then adds that sin requires punishment, suffering, as per the above Gemara. Even a repentant sinner — of a sufficiently serious crime — must suffer for his sin. If the court does not punish him, God will. He points to a Medieval source for his explanation.

The Talmud (Kesubos 30a-b) says that since the Sanhedrin was disbanded, criminals cannot he executed and the four types of execution have been discontinued. However, they continue in spirit because God causes people who deserve execution to suffer similar deaths. For example, someone who deserves stoning will fall off a roof. Tosafos (ad loc., sv. din) ask the classical question why bad things do not always happen to bad people. Someone who commits a sin that merits execution should be smitten by God. Yet we see many such people living long lives.

Tosafos offer two answers: 1) the wicked repent and in response God lessens or entirely removes the punishment; or 2) a merit of the wicked, some good deed they performed for which they deserve reward, delays their punishment. I do not believe that these answers are intended as comprehensive theodicies. I suspect that Tosafos would accept other answers, such as those suggested by other commentators.

Mabit points to the first answer. According to Tosafos, even someone who repents still needs punishment, even if it is a lesser punishment. However, this is difficult because Tosafos say that God might entirely remove the punishment. Rather than supporting Mabit’s argument, Tosafos directly contradict it. Rav Ya’akov Emden (18th century, Germany; She’eilas Ya’avetz 2:9, discussed here) goes so far as to disagree with Tosafos over this phrase. Rav Emden believes that a murderer must be punished.

Allow me a brief digression to describe Rav Emden’s case because it is so interesting. One of the attendees at Rav Emden’s private minyan reluctantly went to the main shul in town and saw someone treat the shul disrespectfully by smoking a pipe at the entrance during service. This man objected and knocked the pipe out of the other man’s mouth. This other man then pulled out a knife and stabbed the first man fatally, in shul. Apparently, there was insufficient evidence to convict the killer so the local (gentile) court was willing to acquit him if he swore his innocence. The perpetrator’s rabbi ruled that he was allowed to swear falsely to save his life. Rav Emden wrote this responsum to argue that this murderer, even if penitent, must be punished and may not swear falsely in court. In doing so, he boldly disagrees with Tosafos.

Initially, I found Rav Emden’s disagreement with Tosafos offputting. He lived over 500 years after the main authors of Tosafos and must tread with reverence and care before disputing earlier commentaries on his own authority. However, I found that a Medieval source that supports Rav Emden’s position.

Early in his career, Rav Menachem Meiri (early 14th century, Provence) wrote a treatise on repentance titled Chibur Ha-Teshuvah. In his introduction, he says that he wrote the book because Christians chided him that there is no Jewish work devoted solely to repentance. Apparently Rabbeinu Yonah Gerondi’s (d. 1264, Spain) Sha’arei Teshuvah had not yet reached Provence. Chibur Ha-Teshuvah is divided into two sections with four topics: 1) the laws of repentance, 2) the laws of the Rosh Hashanah/Yom Kippur season, 3) fast days, 4) mourning. In his unique style, Meiri quotes a broad variety of sources and intertwines theology with law.

Toward the end of the first chapter of the first essay, Meiri quotes the prophet Yirmiyahu (Jer. 2:22): “For though you wash yourself with lye and use much soap, yet your sin is marked before me, says the Lord God.” Meiri interprets this as meaning that some sins are so strong that even repentance cannot fully cleanse the sinner. He connects this to the Talmudic passage mentioned above about sins punished by execution and excision requiring suffering.

While your primary avenue of salvation from these sins is repentance, that can only take you so far. Repentance will lessen the suffering but not eliminate it completely. In that same chapter, the prophet (Jer. 2:33, 35) continues, “Why do you improve your way to seek love?… You said, ‘I am innocent, surely His anger is turned away from me.’” Meiri explains that the Jews of that time thought that repentance would be sufficient to avoid any punishment. Repentance can lighten the punishment but not eliminate it.