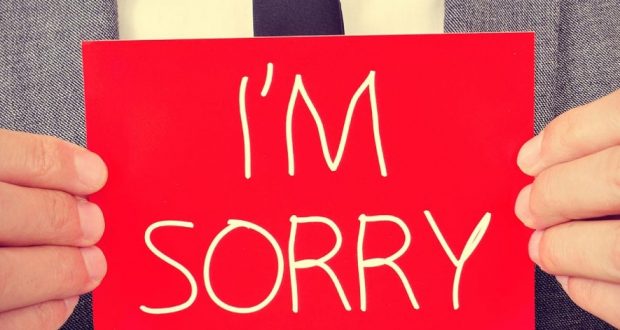 I. Asking for Forgiveness

In recent years, there has been much discussion about what constitutes a sufficient apology. Sometimes people apologize under pressure and do not really admit to having done anything wrong. Even genuine apologies face careful scrutiny under constantly evolving requirements for contrition. Halakhah offers some guidance on how to apologize properly.

The Gemara (Yoma 87b) tells the story of how Rav was reciting the Torah portion in front of R. Yehudah Ha-Nasi. As colleagues entered the room, Rav went back to the beginning so they would hear the whole thing. After doing this a few times, Rav was frustrated and when the next person entered — R. Chanina — Rav continued without returning to the beginning. R. Chanina was insulted that Rav treated him with less respect than his colleagues. For thirteen years, Rav apologized to R. Chanina on Yom Kippur eve but R. Chanina refused to forgive him. (The Gemara explains why Rav did this so many times and why R. Chanina still did not forgive him.)

Based on this and other similar stories, Rabbeinu Asher (Rosh; Yoma 8:24) says that you should ask forgiveness on Yom Kippur eve from anyone who might hold anger over your actions. Discussion within the context of this idea offers guidance on how to apologize properly. Rosh’s son, Rabbeinu Ya’akov, codifies this in his Tur (Orach Chaim 606) and adds that the person asking forgiveness should seek out the person he offended. Rav Yoel Sirkes (Bach, ad loc.) says that the Gemara (Yoma 87a) quotes Proverbs (6:2-3) as a source for the requirement to ask for forgiveness, which sounds like you must seek out the victim: “You have been trapped by what you said, ensnared by the words of your mouth… So do this, my son, to save yourself, since you have fallen into your neighbor’s hands: Go, humble yourself, and urge your neighbor.” If we want to become free of our offenses to others, we have to go to the victim and ask for forgiveness.

The Gemara (ibid., 87a) says that you should apologize at most three times (and therefore asked why Rav asked more than that). If your victim still does not forgive you, then you should move on because you have done all that you can. The Gemara deduces this from the request Yosef’s brothers told him came from his father: “Please (Ana, forgive please (sa na), the transgression of your brothers and their sin, for the bad that they did to you. And now, please (ve-ata na), forgive the transgression of the servants…” (Gen. 50:17). The repetition three times of na (please) implies that they asked three times. You do not become the subservient to someone just because you harmed them. You must sincerely apologize and attempt to obtain their forgiveness, but there is a limit to your obligation to them — three apologies.

Tur (ibid.) quotes this Gemara which says that you should take three people with you when you ask for forgiveness (each time, if necessary). They come to help convince the victim to forgive you. However, Rav Ya’akov Moelin (Maharil; Sefer Maharil, Yom Kippur) says that first you should ask for forgiveness privately. If that fails, then you bring three people with you three times (a total of four attempts). According to Maharil, you should first try to resolve the matter privately. Only if that route fails, then you make it a little more public to reach a resolution. If those four attempts do not work, then you gather ten people and announce that you sinned against that person and he does not want to forgive you. Rav Yisrael Kagan (Bi’ur Halakhah, 606:1 s.v. yachazor) argues that Rambam agrees with Maharil about first attempting to resolve things privately.

Rav Ya’akov Ibn Chaviv, in his Ein Ya’akov, excerpts non-legal passages from the Babylonian Talmud. At the end of Mo’ed, he includes a few such passages from the Jerusalem Talmud. In the eighth chapter of Yoma, Ein Ya’akov includes a passage in which Shmuel says: “He who sins against his friend must tell him that he wronged him. If he accepts, good. If not, he brings other people and apologizes in front of them…” This seems like proof for Maharil’s position. Rav Ya’akov Ibn Chaviv, in his commentary on this passage, criticizes those who send a messenger — a mediator — with an apology. According to this passage, if you sinned against him then you have to go yourself and ask for his forgiveness. Rav Shmuel Yaffe Ashkenazi, in his Yefeh Mareh commentary on Yerushalmi (ad loc.), disagrees with that interpretation. The goal is to reach reconciliation between the two parties. It does not matter how they reach it. Rav Chizkiyah da Silva (Pri Chadash, Orach Chaim 606:1) agrees with Rav Ashkenazi.

Maharil (ibid.) adds a profound point. He notes that Yosef’s brothers use different language in each of the three requests. When you ask for forgiveness multiple times, ask differently each time. There is no one correct formula. Everyone responds differently and when you apologize, you try to find the right words and approach that reaches your victim. Bach (ibid.) and Mishnah Berurah (606:3) follow Maharil on this. But this all has limits — only three times. If the victim still refuses to accept the apology, he is acting cruelly and you can move on after declaring in front of ten people that you have tried your best (Rema, Orach Chaim 606:1).

Bach (ibid.) adds that just like when you confess your sins to God you have to specify your sins, so too when you apologize to someone you must specify what you did to harm them. Your apology is lacking without this specific information. Rav Abraham Gombiner (Magen Avraham 606:intro) agrees but adds that if specifying the sin will embarrass the victim, then you should refrain from doing so. Machatzis Ha-Shekel (ad loc.) adds that even those who believe you do not need to specify your sins when you confess to God, believe that you must do so when apologizing to a person.

Putting everything together, when you apologize you should tailor your message specifically to be effective for the victim. According to most, you should first reach out to the victim privately. If that does not work, then you apologize a little more publicly. If the victim does not accept your apology, try rephrasing it in a way to which he relates better. Your focus should be on results — reconciliation — more than on process. If he still does not respond to repeated attempts at reconciliation, tell people that you wronged him and that you apologized, and move on.