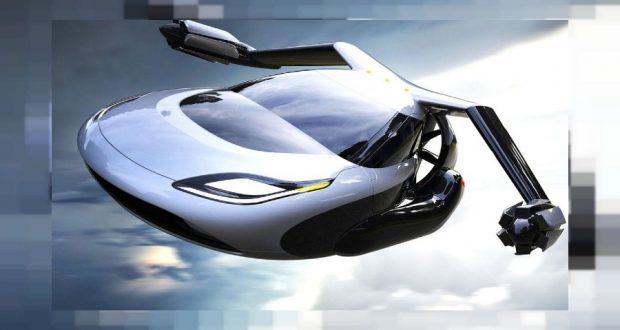 Did Moshe know everything, including science and technology? Was he capable of building spaceships and nuclear missiles? Among Torah scholars, there seem to be two answers to those questions. We find those answers in discussions of what was once a new technology, the printing press.

I. Printing on the Efod

Rav David Ha-Levi Segal (17th cen., Poland; Taz, Yoreh De’ah 271:8) argues that printing constitutes writing and not engraving, as some suggest. Even though you are engraving a letter and then inking and pressing that engraving to paper, it is considered writing. He proves this from the Talmud (Sotah 48b), which asks why King Shlomo needed the shamir creature? The shamir was able to eat through stone. According to R. Yehudah, we are not allowed to cut the stones of the Temple with iron so instead they used the shamir to shape the stones. According to R. Nechemiah, we are allowed to cut the stones of the Temple with iron. If so, why did Shlomo need the shamir? The Gemara answers that they were used to engrave the appropriate words onto the stones of the Kohen Gadol’s breastplate (efod).

The Taz asks that if a printing press is considered engraving, why didn’t Shlomo print the words onto the efod? From the fact that Shlomo needed the shamir, we see that printing is considered writing and not engraving.

Rav Yair Chaim Bacharach (17th cen., Germany; Chavos Ya’ir, no. 184) objects to this proof. The printing press with movable type was only invented around the year 1440 (5200 in the Jewish calendar). How could Shlomo use a technology that had not yet been invented? Rav Bacharach acknowledges that he is referring to a printing press with movable type, in which each individual letter can be moved. This allows for easy printing of multiple pages by rearranging the letters on the press. Even in ancient times, they had ways to print whole words. However, we are discussing the printing of letters, which did not exist in Shlomo’s time. Therefore, argues Rav Bacharach, this proof is not decisive.

Rav Yechezkel Katzenellenbogen (18th cen., Germany; Kenesses Yechezkel, no. 37) exchanged letters with Rav Ya’akov Reischer (18th cen., Poland) regarding the proper disposal of printed words of Torah. In the course of one of his letters, Rav Katzenellenbogen takes issue with Rav Bacharach’s statement. He says that with all due respect to Rav Bacharach, we are talking about King Shlomo who was wiser than all men. Rav Katzenellenbogen asks, is it possible that Shlomo — or Moshe, who spoke directly with God — could not devise a printing press and had to wait for a Christian thousands of years later to invent it? Rather, they did not need a printing press because any oral Torah was forbidden to be written and any written Torah must be written by a scribe on parchment. But, if it was acceptable to print onto the efod, then Moshe or Shlomo would have invented the printing press for that purpose.

III. A Time for Everything

Rav Tzvi Hirsch (Maharatz) Chajes (19th cen., Galicia; Responsa, no. 11) defends Rav Bacharach against Rav Katzenellenbogen’s argument. Maharatz Chajes says that Moshe was the greatest prophet and Shlomo was the wisest man but that does not mean that they lived outside of history. God has established different eras and allowed for the development of knowledge in history. Some time periods have many scholars and discoveries while other times are intellectually quiet. Everything has its time and place. Moshe and Shlomo lived in times when this technology had not been invented, therefore they were not aware of it.[1]There is probably room to compare Maharatz Chajes’ view of Moshe’s knowledge of future technology with his view of Moshe’s knowledge of future development of the Oral Torah.

Like Rav Bacharach, Maharatz Chajes acknowledges that some form of printing existed in the ancient world. He offers an interesting, albeit questionable, proof. The Gemara (Yoma 38a) says that Ben Kamtzar was able to write all four letters of God’s name at once. Maharatz Chajes suggests that he had made a stamp of each letter of God’s name, which he inked and stamped to write them all at once. Somehow he was able to hold all four stamps at the same time in different fingers. This is a creative but highly speculative interpretation of the Talmudic passage.

According to Rav Katzenellenbogen, Moshe and Shlomo had access to all future inventions and technology. If they did not use it, it was because they had no need for it.[2]I do not see any indication that the Taz agrees with Rav Katzenellenbogen. He could easily have argued that the technology for a one-use printing stamp existed in the ancient world, just not a … Continue reading Rav Bacharach and Maharatz Chajes disagree with the premise that Moshe and Shlomo knew everything that would ever be discovered. Rather, there is a flow of knowledge and invention across history, following a divine plan. Modern technology in the ancient world contradicts God’s plan for the world.

2021-07-02
Gil Student
Previous: Pinchas: Second Aliyah
Next: What is an Acceptable Ordination?