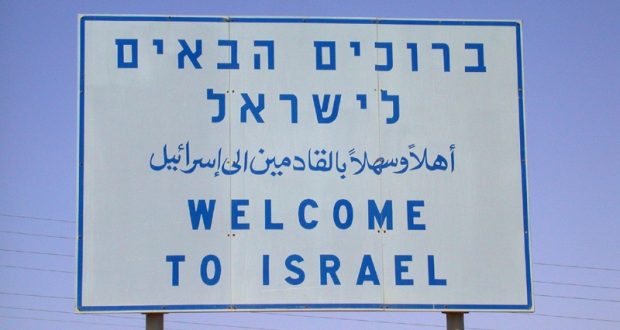 Question: I hope to visit Israel this summer. Should I say “morid hatal” in Shemoneh Esrei like Israelis, and should I continue to say Baruch Hashem L’olam (=BHLO) at Ma’ariv?

Answer: First, realize that neither of these differences has to do with being in Eretz Yisrael per se (in contrast to the different practices of asking for rain between 7 Marcheshvan and Dec. 4). Rather, in both matters to which you refer, there is a machloket which applies throughout the world, just that practical halacha has developed that for many Ashkenazim, their natural community rules one way in Eretz Yisrael and another way abroad.

Let us review the basic rules of competing allegiance between our personal familial minhagim, our communal ones, and our regard for the place we presently are in. Generally and conceptually, communal minhagim takes precedence over personal minhagim when one is set in a community, even if he was not raised there (see Pesachim 51a; Shulchan Aruch, Yoreh Deah 214:2; Living the Halachic Process I, H-12). Therefore, if you moved to Israel permanently (generally, very recommended), you would begin saying morid hatal in the summer and not recite BHLO at Ma’ariv. However, as a visitor, your basic halacha is to continue your practices.

An exception to the rule is based on the important halacha not to publicly do things that contradict the local minhag because of the conflict this could cause. This includes not being more lenient and, when possible, not being noticeably stricter than the locals are (Pesachim 51b-52a).

Saying or not saying morid hatal is certainly not noticeable. The poskim do not view even the longer BHLO as obtrusive if said quietly for travelers in either direction (Igrot Moshe, Orach Chayim II:102), and therefore you should continue silently as regular.

As chazan, though, one must conform to the local practice to avoid machloket. This is no real concern regarding morid hatal. The gemara (Ta’anit 3a) says that mentioning tal (dew) in tefilla is only optional because it is always present in Eretz Yisrael. Skipping BHLO is also not a problem because it is only a non-unanimous, post-Talmudic institution, based on the idea that the 18 p’sukim recited can represent the Shemoneh Esrei, which not always was done at Ma’ariv in shul because people were afraid of going home late (Tur, OC 236).

The only dilemma is whether it is permitted for a traveler/chazan from Israel to recite it abroad, as he is adding a beracha that his minhag does not recognize. However, there is halachic precedent for a chazan doing this type of thing. The gemara (Pesachim 106a) tells of Rav Ashi being asked as a visitor in Mechoza to make Kiddush on Shabbat morning in a way that sounded like they wanted him to include the beracha of Mekadesh HaShabbat. While he had misunderstood, the gemara implies he was willing to conform to the perceived local practice. The Chida (Chayim Sha’al I:99) rules based on this that a Sephardi who is chazan at an Ashkenazi minyan on Rosh Chodesh may recite the beracha on Hallel, against his regular minhag. Rav Ovadia Yosef (Yechaveh Da’at IV:31) disagrees, but to a great extent because of the word v’tzivanu (He commanded us), which is not used in BHLO. The consensus is that an Israeli may recite BHLO as a chazan abroad if necessary (Teshuvot V’hanhagot I:88; B’tzel Hachochma IV:25). However, it is likely worthwhile to avoid being chazan if not necessary (ibid.).