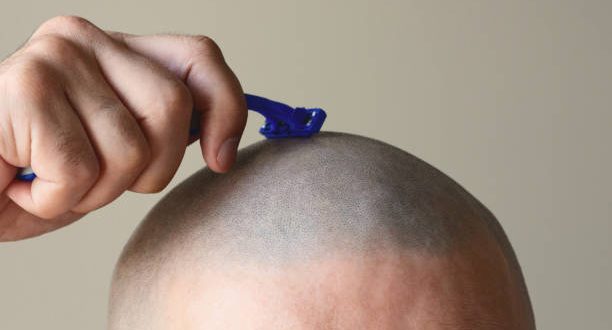 The Shaving of a Ba’al Teshuvah

During many eras in Jewish history, Jews converted to other religions, whether due to physical, financial or social pressure or otherwise. Many of these wayward Jews returned to the Jewish community, sometimes after escaping the country. While a Jew who sins remains Jewish (Sanhedrin 44a), he might still have to undergo a return ritual in order to become a community member in good standing.

We find three or four views on the subject:

1) Rav Shlomo Ben Shimon Duran (Rashbash, 15th cen., Algeria; Responsa, no. 89) says that not only apostates who grew up Jewish but even their descendants who are halakhically Jewish may return to the Jewish community without any ritual.

2) Rav Yosef Ibn Chaviva (15th cen., Spain; Nimukei Yosef, to Rif on Yevamos 47b, s.v. kiddushav) says that while technically a returnee does not have to do any ritual, he should immerse in a mikveh like a freed slave. A freed slave immerses as a rabbinic requirement so the returnee similarly immerses as a rabbinic requirement, at most. Nimukei Yosef isn’t entirely clear and may mean that this is merely a proper practice and not a rabbinic obligation. Based on this, Rav Avraham Gombiner (17th cen., Poland; Magen Avraham 326:8) permits a returnee to immerse in a mikveh on Shabbos. If the immersion would change his status, he would not be allowed to do so on Shabbos. However, since it is merely a custom, it does not change his status and therefore is allowed on Shabbos.

3) Rav Dov Ber Travis (18th cen., Lithuania; Revid Ha-Zahav, Be-ha’alosekha, s.v. ve-he’eviru) says that it is a biblical obligation to immerse in a mikveh after worshipping idolatry. He points to Ya’akov’s command to his family while fleeing Lavan, “Put away the strange gods that are among you, and purify yourselves” (Gen. 35:2). If they have to purify themselves after just carrying idols, someone who worships the idols must certainly do likewise. Based on this, Rav Travis disagrees with the Magen Avraham quoted above and forbids a returnee from immersing in a mikveh on Shabbos in order to join the community.

4) Rav Yisrael Isserlein (15th cen., Austria; Terumas Ha-Deshen 1:86) describes an Ashkenazic practice that a returned apostate must shave all his hair and then immerse in a mikveh before returning to the community. He compares such a person to the Levites in the desert, who were inaugurated into their position with shaving all hair (Num. 8:7). Rashi (ad loc.) quotes Rav Moshe Ha-Darshan who explains that the Levites served as an atonement for the firstborns who worshipped the Golden Calf. Since this returnee worshipped idolatry, he must go through a similar process of shaving all his hair. Rav Isserlein goes so far as to permit the shaving on Chol Ha-Mo’ed, when shaving and cutting hair is usually forbidden. Rav David Ha-Levi Segal (Taz, 17th cen., Poland) mentions this custom twice in his Taz commentary to Shulchan Arukh (Orach Chaim 531:7 as the custom in some places; Yoreh De’ah 267:5).

Rav Ya’akov Reischer (18th cen., Germany; Shevus Ya’akov 3:90) was asked how far we take this comparison. A metzora and Levite were shaved with a razor, despite the general prohibition against shaving a man’s beard and the corners of his head (peyos) with a razor. Should a ba’al teshuvah, someone had become a worshipping Christian and then returned to Judaism, completely shave off even his beard and peyos? Rav Reischer responds in puzzlement. How could anyone think that a Jew returning to observance should have to sin, by shaving with a razor his beard and peyos? The Torah commanded a metzora and — at that one point in history — the Levites. Absent that command, shaving with a razor is forbidden. Rather, this practice is a custom and cannot be done with a razor or in any way that violates a prohibition.

Rav Chaim Yosef David Azulai (Chida, 18th cen., Israel; Yosef Ometz 45) was asked the same question. Chida responds in frustration about people who take homiletic explanations overly literally and end up violating prohibitions. Those who require a returnee from idolatry to shave all his hair, due to the comparison to a metzora, intend this as a custom. No one claims that this is a Torah obligation. Therefore, it cannot override the prohibitions related to shaving.

In the course of his discussion, Chida quotes an interesting comment of Rav Avraham Ibn Ezra (12th cen., Spain). Ibn Ezra (Num. 8:7) quotes the Sages as saying that the Levites did not shave their peyos. There is no existing Gemara or midrash that records such a view. Chida suggests that there must be some text where Ibn Ezra saw this opinion. If that is the case, then certainly a returnee should not shave his peyos. However, even without Ibn Ezra, even if the Levites did shave their peyos, a returnee would not be allowed to do so. Rabbenu Bachya Ben Asher (14th cen., Spain; commentary to Num. 8:7), in the texts we have available today, says explicitly that the Levites shaved their peyos. Similarly, Revid Ha-Zahav (ibid.) quotes this Ibn Ezra and disputes his opinion.

I believe that common custom today follows the second view above. A Jew who returns from worshipping another religion immerses in a mikveh, as a custom. He remains fully Jewish both during his apostasy and after his return. However, he sheds the mistakes of his past and rejoins the Jewish community by immersing in the mikveh and emerging on a new path.