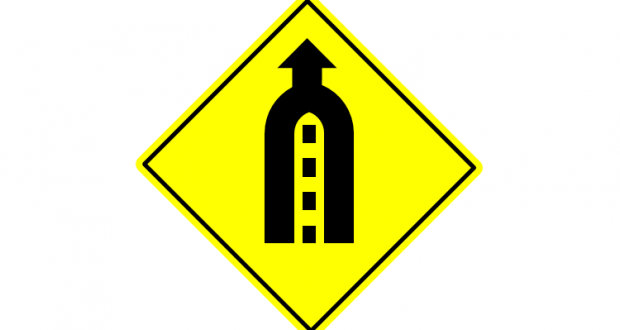 Posted by: Gil Student in From The Hashkafah Files, Magazine, Musings, Posts Jun 18, 21 0

Similarly, the Talmud (Megillah 15a) offers two opinions on the identity of Malachi:

Rav Nachman said: Malachi is Mordechai. Why is he called Malachi? Because he was second to the king (melekh). A challenge: Barukh ben Neriah, Seraiah ben Maaseiah, Daniel, Mordechai Bilshan, Chaggai, Zechariah and Malachi all prophesied in the second year of Daryavesh. This is a refutation.

It is taught: R. Yehoshua ben Korchah said: Malachi is Ezra. And the Sages said: Malachi is his name. Rav Nachman said: It makes sense according to the view that Malachi is Ezra because it says: “Judah has dealt treacherously and a disgusting thing has been done in Israel and in Jerusalem. For Judah has profaned the sanctity of the Lord which he loved and has married a strange god” (Malachi 2:11). And who removed foreign women? Ezra (10:2)…

There are three opinions in this Talmudic passage, Malachi is 1) Mordechai, 2) Ezra, 3) his real name. Is this a historical or spiritual discussion? It seems unlikely that a tradition existed of Malachi’s true identity because the rabbis disagree over it. There could not have been even a tradition that Malachi was an alternate name because the Sages believe it was his only name. Is this rabbinic historical speculation based on biblical interpretation?

II. Reasons Behind the Methods

1) Based on a comment of Rav Menachem Recanati, R. Azariah suggests that the people under discussion were reincarnations of each other. Their souls were the same but, historically speaking, they were different people.

2) The Gemara (Menachos 64b) quotes Mordechai as offering a suggestion during the conflicts between Hasmonean kings. Rashi (ad loc., sv. Mordechai) says that this is the same Mordechai from the Purim story. Tosafos (ad loc., sv. amar lehu) question how he could have lived for so long. Instead, they suggest that everyone who was appointed to succeed Mordechai was called by that name. It was a title for the position. Perhaps those people who are equated are different people, but one appointed in the other’s position or otherwise connected. At least for those equated with Mordechai, Tosafos serves as support for this suggestion.

3) As we see in the Gemara above regarding Malachi and Ezra, sometimes two figures are equated as an indication that their actions or words are similar.

Rav Tzvi Hirsch (Maharatz) Chajes, in his Mevo Ha-Talmud (translated by R. Jacob Shachter as The Students’ Guide Through the Talmud; ch. 21), adds a fourth possibility. He sees these statements as homiletic interpretations. The Sages systematically interpreted the stories of good people in the best possible light, and the contrary about bad people. In their search for praise, they blended together positive characters in order to share their good traits and magnify the praise.

Rav Yosef Zechariah Stern, in the introduction to his commentary on Ruth (Bi’ur Chadash Me-Ha-Rizash), addresses the equation in the Talmud (Bava Basra 91a) of Ivtzan and Boaz. The commentary attributes to Rashi (1 Chron. 2:11) questions how this could be historically true. Rav Stern follows R. Azariah’s third approach, that the Sages meant that these historical figures shared similar characteristics, not that they were actually the same person.

Rav Stern brings a proof from Rambam’s introduction to Mishneh Torah. In describing the chain of transmission of the Oral Torah, Rambam says: “Ezra’s court is called the Men of the Great Assembly, and they were Chaggai, Zechariah, and Malachi… and Mordechai.” The Gemara above quotes two opinions regarding Malachi — either he is Ezra or Mordechai. Clearly, Rambam disagrees with both views.

I found that Meiri uses language similar to Rambam in his introduction to Avos, recently published separately as Sefer Ha-Kabbalah. Meiri writes (p. 39): “The tradition was passed to Ezra and his colleagues, who were Chaggai, Zechariah and Malachi. And you already know that Malachi was Ezra.” Even though Meiri refers to Malachi as Ezra’s colleague, he continues to identify them as the same person.

This wording is confusing. Perhaps Meiri calls the same person by two names because the public is used to seeing each name in different contexts. Whatever his reasons, Meiri’s phrasing shows that the mention of Ezra and Malachi in the same sentence does not mean that the author rejects the literal interpretation of the Gemara, contrary to the claims of Rav Stern and Rav Kanievsky.