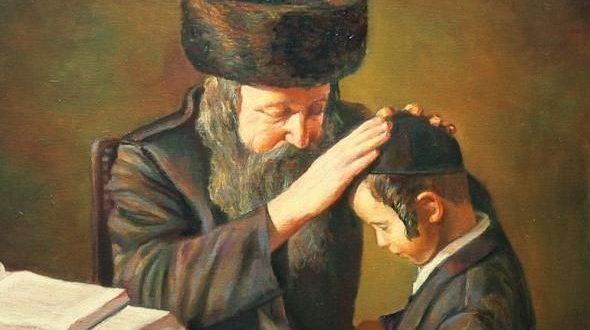 Question: Is it clear that a non-kohen (=zar) may bless his children or others with the blessings of Birkat Kohanim (=BK)?

Answer: This is a good question, conceptually. Concerning practice, we do not reject broadly followed minhagim, certainly when practiced by righteous and knowledgeable people. However, it is fine to inquire about the justification.

First, let us see the basis for your question. The gemara (Ketubot 24b), in discussing whether the fact one does nesiat kapayim (BK) is proof that he is a kohen, posits that an issur aseh (prohibition derived from a positive statement) precludes a non-kohen from doing BK. Rashi learns this from, “So shall you bless Bnei Yisrael” (Bamidbar 6:23) – “you (kohanim) and not zarim.” On the other hand, a gemara (Shabbat 118b) tells of R. Yossi who said that even though he was not a kohen, he would listen to his friends if they told him to go up with the kohanim. Tosafot (ad loc.) comments that a zar does not seem prohibited to do BK, except for the matter of an unwarranted beracha.

The Rama/Darchei Moshe (Orach Chayim 128:1) suggests the following reconciliation between the sources. A zar may not do BK without kohanim but is permitted to join them. This approach is not widely accepted (Mishna Berura 128:6).

Acharonim (including Be’ur Halacha to 128:1) ask how may a zar bless his children or friends with the same words of BK, as you asked. We will survey the major answers given.

The Magen Avraham (128:1) and Taz (128:2) suggest another way to understand the derasha excluding non-kohanim – it is not that a zar may not give these blessings, but that he is not required to do so (the matter depends on two opinions in Ketubot 24b). The Pnei Yehoshua (Ketubot 24b) posits that a zar is forbidden to do BK only in the Beit Hamikdash. There are significant questions on this approach (see Keren L’David, OC 24)

Most of the answers recognize the potential of a problem but limit it. The Bach (OC 128) posits that BK is forbidden for a zar only if he raises his hands during it, as kohanim must do to fulfill BK (Sota 38a based on Vayikra 9:22). Otherwise, the zar is not acting like the kohen is supposed to. Is it then okay to bless our children with our hands extended to their heads? The Torah Temima (Bamidbar 6:131) relates that the Gra would only put one hand on the recipient of the beracha so as not to violate the prohibition for the zar, which is with two hands. Rav Yaakov Emden (Siddur Beit Yaakov, p. 153a) says that there is nothing wrong with using two hands. It is unclear if extending hands to the head of the recipient, which was done generally for blessing people (see Bereishit 48:14; Bamidbar 27:23), counts as nesiat kapayim (see Beit Baruch 32:8).

Some say (see Dirshu 128:10) that since Birkat Kohanim is supposed to be done as part of tefilla (Sota 38b), there is no prohibition if zarim do it in a different context. The Be’ur Halacha (ibid.) does not believe that this helps. Since the prohibition for the zar is from the Torah and the requirement of tefilla for BK is only Rabbinic, the prohibition must exist independent of tefilla.

The Magen Gibborim (Shiltei Gibborim 128:2) says that a zar violates this prohibition only if he intends to do so as a fulfillment of the mitzva of BK, not if he does it because these are nice blessings to bestow on a child or friend. (This is more likely if one needs intent to fulfill a mitzva (Ktav Sofer, OC 14; Be’ur Halacha ibid.)). As long as the one blessing does not make a beracha prior to reciting the p’sukim of BK, it should be quite clear that he is doing it independent of the mitzva of BK, just wishing well to someone he cares about (Kaf Hachayim, OC 128:14).

One might want to be machmir and use one hand for blessing his child (there may be kabbalistic preferences one way or the other – beyond our scope) or have in mind explicitly that he is not doing it as a mitzva of BK. However, I plan to use two hands, like most fathers and as I have always received and given, and feel that my intention is clear enough.