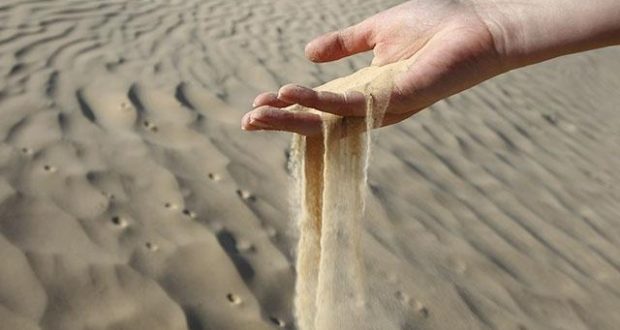 The vastness of the world around us can be overwhelming.  We think of the six million and, with shock and sadness, we realize how limited we are to grasp that each was a unique, individual, living soul with specific experiences, likes and loves.  The quantity of destruction, of loss, is too much.  We see a pair of wire spectacles and immediately conjure an image of the person who might have worn them.  But when we see crates upon crates of wire spectacles, ripped from hundreds upon hundreds, thousands upon thousands of faces…  What?  What are we left with?  The crush of objects?  A number to stand in for what we cannot account for?  An emptiness?

Numbers are fine tools for letting us delineate our existence.  We know how many cents there are in a dollar; how many seconds in a minute; months in a year, years in a lifetime.  But when does our quantification of experience fail us?  When does mere counting fall short?

Sefer Bamidbar begins with an accounting of B’nai Yisrael.  “Take a census of all the congregation of the people of Israel, by families, by the house of their fathers, according to the number of names, every male by their polls” (Bamidbar 1:2)

God, it seems, really likes to maintain an accounting of the Israelites.  Not only does He command such an accounting here, but also when they left Mitzrayim and after the grave sin of the Golden Calf.  From Rashi, we get an image of a concerned and constantly attentive God, like a young parent keeps track of His charges.  Rashi says, Mitoch chibatan l’fanav moneh otam.  God loves them so He counts them.

Really?   In Shemot  God says to Moshe, “When you take a census of the Israelites to count them, each must give a ransom for his life at the time he is counted then no plague will come on them when you number them.” (30: 11-12)  Seems more frightening than loving.

“Take a census of all the congregation of Israel…”  In this pasuk, s’eu et rosh is translated as “counting” or “taking a census”.  Its literal translation is “lift the head.”  This is a curious and unusual way to convey the need to count.  Limnot, lispor, lifkod, even lachshov are more common terms the Torah uses to denote counting.  They are simple and direct.  But s’eu et rosh?  What does “lifting one’s head” have to do with counting?

We know from every examination of Torah that no word or phrase in it is arbitrary.  So, why s’eu et rosh here?

Although we are diligent in our practice of quantifying our experience sometimes, when the numbers grow too large, inexactitude seeps into our counting.  When we represent something with a very large number – a population of half a billion, profits of two trillion dollars, the thousands of employees employed by a multinational corporation and yes, even the six million souls lost during the Holocaust – we use the numbers to represent an aggregate.  Our numbers value a group, a nation, a workforce.

We do not speak of that number of individuals with specific and unique experiences, loves, desires and fears.  We speak of the whole.  In this whole the individual is subsumed.  Lost.  Like a swimmer dipping beneath the ocean’s waves.  Gone.  Individuals are lost in the crowd – both figuratively and literally! Rabbi Lord Jonathan Sacks in an essay on this very subject quotes Gustav Le Bon’s The Crowd: A Study of the Popular Mind where he shows how crowds exercise a “magnetic influence” that transmutes the behavior of individuals into a collective “group mind”.  He says, “An individual in a crowd is a grain of sand amid other grains of sand, which the wind stirs up at will.”

An individual in a crowd is often lost and silenced.  Lonely.

God commands Moshe, s’eu et rosh.  Count.  But don’t simply count.  Lift the head!  This is not just poetic license.  This is God telling Moshe, every individual matters!  After all, the head is not only the seat of intellect, but of emotions, feelings, the very self.  Do not, God is saying, lose the individual in the counting!

Judaism is individual-centric!  Rav Soloveitchik once explained the real power of a minyan by teaching that, yes, we must have a quorum to pray, to recite Kedusha, to read from the Torah but the ten individuals needed for the minyan are never swallowed up.  Have nine individuals, and one Yiddele is missing, you have nothing.

The group does not exist but for the individuals.

God created one Adam.  One Chava.  Every life is the entire universe. No individual is ever swallowed up by the many.

S’eu et rosh.  Lift the head.  Each is an individual.  Do not let the individual be lost in the multitude.  Each human being is unique.  Special.  Sacred and holy.  S’eu et rosh.

To “lift the head” is to do more than count; it is to honor and to love.  The Chidushei HaRim comments so insightfully, “In Halacha there is a very important principle that davar she-be-minyan lo batel – something that is counted, sold individually rather than by weight, can never be nullified even if mixed in a thousand or a million others….  In Judaism to take a census, to count, means to assure that no one individual can ever be lost… God insists that we remain as a davar sh-be-minyan…”

Not long ago, I met a young man who felt distanced from our Jewish community and tradition.  He angrily explained, “I attended a large, well-regarded yeshiva.  There were thirty, maybe thirty-five students in each class.  It was December before my rebbi knew my name.

“I wanted to be someplace where people knew who I was,” he added, not without some sadness.

Where did he find a community who knew who he was?  Like many others in our community, he found his “community” on the streets.  Away from shuls and shiurim.

Rashi teaches that God counts again and again because He loves us.

Can we show each member of our community the same love?

Ramban (verse 45) offers three reasons why God wanted the people counted.  His second reason speaks directly to this issue.  “Each member of the nation had a right to benefit from the personal attention of Moshe and Aaron, and the census was that great opportunity for every Jew who came before these two great leaders, where the father of prophets and his brother, the holy one of God, spoke his name and accounted him as an individual of personal worth. Surely, the Ramban adds, at that moment, Moshe and Aaron would bless them and pray for them.

That moment, each Jew bestowed with a blessing, an acknowledgement, a statement of his uniqueness.

Every Jew deserves to have his rosh counted!  Every Jew deserves to be an individual that is accounted for as a unique person.  Count my rosh and you will more likely see me in the minyan and not on the street, lost in dangerous crowds that give me the illusion of belonging.