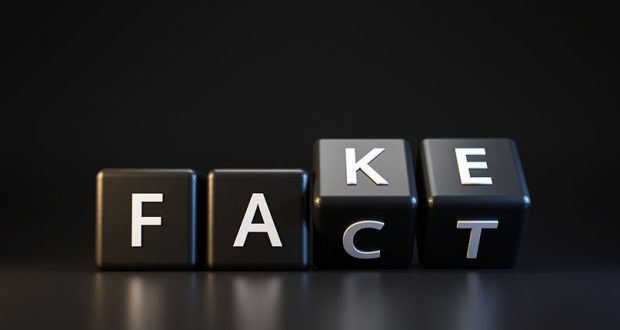 Posted by: Gil Student in From The Hashkafah Files, Magazine, Musings, Posts May 14, 21 1 Comment

One of the approaches to respond to the biblical challenge of the age of the universe is the theory that the world was created fully grown, so to speak. Light was already traveling through space, animal remains had already been encased in the earth, trees already had rings implying age, etc. “All of Creation was created with full stature” (Chullin 60a). This theory was advocated most prominently by the Christian thinker Philip Gosse in his 1857 book, Omphalos: An Attempt to Untie the Geological Knot.[1]See R. Natan Slifkin, The Challenge of Creation, ch. 11. Jewish critics of this theory have argued, among other things, that this would mean that God created the world in a misleading way. Effectively, God is trying to fool us into believing false, perhaps even heretical, ideas. The critics claim that this implication disproves the theory, among other difficulties.[2]Ibid., pp. 159-160. I hesitate to assume what God will or will not do but I would like here to examine the views of some classical commentators on this subject.

The Torah (Ex. 14:2) tells the Jews, fleeing from Egypt, to encamp at Pi Ha-Chiros, near Ba’al Tzefon. Ba’al Tzefon is an Egyptian idol. Shouldn’t it have been destroyed during the ten plagues? Rashi (ad loc.) explains that this one idol remained from all the Egyptians idol in order to mislead the Egyptians into thinking that this idol could withstand God’s attacks. This idea is supported by the midrashic reading of Job (12:23) that God causes the nations to err. It seems from this Rashi that God does, in fact, sometimes mislead people into accepting heretical beliefs.

II. Why Does Idolatry Work?

The Mishnah and subsequent Gemara (Avodah Zarah 54b-55a) contain a number of exchanges between pagans challenging Judaism and rabbis responding. One question is why God doesn’t destroy all the idols. The rabbis answer that people worship the sun and the moon. If God destroys those, the world would collapse. Why doesn’t He destroy the non-essential idols and leave the sun and the moon? Because then the pagans would say that God was not strong enough to destroy the sun and the moon.

Another challenge is why we see that some people go to pagan healers and are healed from their diseases. R. Akiva answers that the diseases would have healed on their own. People mistake the normal course of a disease to imply that the pagan healers accomplished anything. (This same idea applies to many faith healers today.)

Rava Bar Yitzchak told Rav Yehudah about idols who, during a time of drought, appeared in the dreams of local idolators and told them that if they sacrificed a man (some say a rooster) to the idol, the idol would bring rain. They did so and rain fell. How could that be? How could a horrible act of murder and idolatry bring an end to a terrible drought?

Rav Yehudah answered with the verse “that the Lord your God has allotted (chalak) to all the nations” (Deut. 4:19). This teaches that God misled (hechelikan) the nations in order to lead them to self-destruction. The Gemara connects this to the saying that God opens the door for someone who wishes to do wrong and helps someone who wants to do good. Because the idolators wanted to worship idols, God provided them with dreams (supposedly) from the idols that misled them to believe their false gods could end the drought.

According to a simple reading of this passage, God misleads pagans to believe their idols have power. This seems to be how Rav Shmuel Eidels (Maharsha, 17th cen., Poland; Chiddushei Aggados, ad loc., s.v. melamed) understands the passage. Rav Ya’akov Reischer (18th cen., Germany; Iyun Ya’akov, ad loc.) similarly explains that the powers of witchcraft and demons are forms of God misleading pagans. Similarly, Rav Avraham Grodzinski (20th cen., Poland; Toras Avraham, p. 232) says that we see from this passage that when someone wants to do bad, God actively intervenes by fooling him into doing bad.

Rav Elazar Rokeach (13th cen., Germany; Roke’ach, no. 472), while discussing the permissibility of healing through idolatrous means, admits that sometimes these treatments work. God gives power to the demons and idols in order to trick people. Although you can accept this general approach without believing in the power of dark magic, and just believing in the divine false guidance towards this mistaken belief.

However, Rashi (ad loc., s.v. she-hechelikan) seems to say that God merely refrains from correcting the errors of idolators. I take this to mean that these pagans have strange dreams that they interpret in ways that uphold their idolatrous beliefs. The drought ends as scheduled but that coincides with their pagan sacrifice. God does not change the schedule but rather allows them to be misled.

Rav Yehudah Loewe (Maharal, 16th cen., Czech; Chiddushei Aggados, ad loc., s.v. asher) rejects the approach that God actively misleads people. Rather, God refrains from disproving their mistaken beliefs and allows them to follow their desired path. People want to believe crazy things? That is their prerogative. God opens the door but does not push anyone through. Maharal explains the Rashi about Ba’al Tzefon as an exception rather the rule. This was part of the punishment of the Egyptians and not a universal behavior.

According to Maharal, God does not mislead people. He might give them what they want (e.g. rain) and allow them to draw their own conclusions. He allows them to interpret the world according to their mistaken views, by refraining from disproving their false beliefs. According to Maharsha and others, God actively misleads people. He gives power to dark forces or implies that they have power in order to convince people to do wrong.

Rav Ya’akov Kamenetsky (20th cen., US; Emes Le-Ya’akov Al Ha-Torah, Ex. 6:9) explains that God allows these dark forces to exist in order to give people free will. If only true prophets performed miracles, people would be forced to believe in God. These dark forces level the playing field. Therefore, as prophets and similar powers for good diminished over time, the dark forces decreased correspondingly. This approach would fit in well with the Maharsha but not necessarily with the Maharal.[3]Somewhat similarly, Tosefos Yom Tov (Avodah Zarah 4:7), written by a student of Maharal, says that God does not destroy all idolators in order to allow for free will.

How does this apply to Gosse’s Omphalos theory? Is it possible within Jewish thought to suggest that God placed fossils in the ground (and other similar phenomena) in order to lead people to a false belief in an ancient universe? On the one hand, the case of idolators involves allowing or helping those who want to commit idolatry. Those who wish to do bad will be further pushed along. The evidence for an ancient universe is not reserved for people who wish to adopt a religiously improper belief. Someone could innocently come across this information and follow it to its natural conclusion. On the other hand, the power of demons and false prophets (if they do have power) might convince even someone who is not looking for trouble. That seems comparable to the case of evidence for an ancient universe.

If our analysis is correct, then according to Maharsha and others, it is possible to say that God might have planted evidence in a false direction, perhaps to allow for free will in belief. According to Maharal, that theory would be unacceptable.