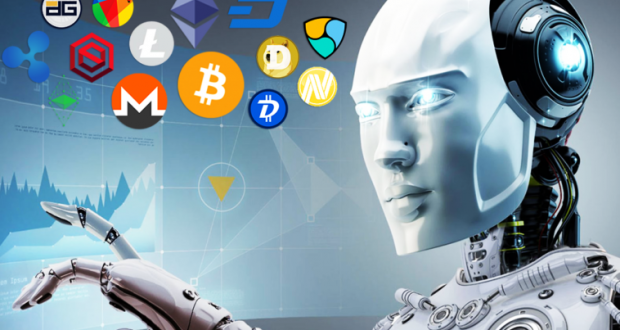 Automatic Commerce in Cryptocurrency on Shabbat

Posted by: Daniel Mann in Halachah, Magazine, Posts May 20, 21 1 Comment

Question:  I joined a “stock exchange” for crypto coins, in which I can buy and sell, and have a linked service that enables me to create “bots” to find and carry out deals 24/7, according to parameters I set. If I do not shut it off for Shabbat (which is easy), it will almost certainly find profitable trades. May I let the bots run on Shabbat?

Answer: Let us first discuss the easier issues. There is no problem of s’char Shabbat (earnings on Shabbat) because buying and selling is not considered sachar (Noda B’Yehuda II, Orach Chayim 26; Shemirat Shabbat K’hilchata 28:51). These transactions do not include marit ayin concerns. While your bots might be doing a deal with a Jew who is actively involved on Shabbat, there should not be a problem of lifnei iver (facilitating sin) for a combination of factors. These include (among other factors): you are focusing on the majority (non-Jews); it is unclear if a Jew will violate Shabbat and if yes, he would do so knowingly; he can do a transaction with someone else (see Bemareh Habazak, V:37). Although your machine is involved in Rabbinic electrically-based and not-in-the-spirit-of-Shabbat activities (metzo cheftzecha – see Yeshayahu 58:13), you would not be personally involved.

The complicated issue is that you plan for transactions to take place on your behalf on Shabbat. The gemara (Beitza 37a) says that donating to hekdesh is forbidden on Shabbat because it can lead to commercial activity (which thus must itself be forbidden). Rashi (ad loc.) explains that buying/selling is forbidden either because of metzo cheftzecha or out of concern one might write in the process. Neither of those concerns would seem to apply when a person set up everything before Shabbat and the deal took effect without his involvement on Shabbat (Shut K’tav Sofer, OC 46). In fact, the Magen Avraham (339:8) says that while one may not do a pidyon haben on Shabbat (Shulchan Aruch, OC 339:4), the reason he may not give the money to the kohen before Shabbat and have it take effect on Shabbat is only that he would be unable to make the beracha at either time.

However, Rabbi Akiva Eiger (Shut I:159) infers otherwise from two versions of the preparation of an alternative wife for the kohen gadol lest his wife die on Yom Kippur, which would harm his avoda. The Yerushalmi (Yoma 1:1) says that although it is usually forbidden to marry on Shabbat, here it was permitted if his wife died. The Bavli (Yoma 13a-b) describes a complicated arrangement. R. Akiva Eiger argues that the fact that they did not use the simplest situation – to marry a woman before Yom Kippur to take effect only on condition his present wife would die – shows that an acquisition on Shabbat is forbidden even if it was prepared beforehand. So too here, even if the bots do the work, your transaction on Shabbat seems to be forbidden.

We have leaned toward leniency in some of this concept’s modern applications. First, while other prominent poskim agree with R. Akiva Eiger, several do not (see opinions in She’arim Hametzuyanim Bahalacha 80:64). Igrot Moshe (OC III:44) deflected the proofs in both directions and advised being strict out of doubt (even though this is a Rabbinic issue). Also, the stringency’s unclear logic and thus parameters led to distinctions (see Chelkat Yaakov OC 67 regarding vending machines; Bemareh Habazak V:36 regarding commercial internet sites open on Shabbat). One of the distinctions, which might or might not apply here, is if one did not purposely set the transaction for Shabbat. Another applies especially well to cryptocurrency – if the acquisition takes effect on something ethereal, as opposed to a specific object. The Avnei Nezer (OC 51) explains the mechanism of the prohibition as the action done before Shabbat relating to the result on Shabbat. So one might claim that since the transaction was done by the bot on Shabbat, you are not linked to any action of the transaction, so it would be permitted.

In short, there are enough grounds for leniency to permit you to keep the bots on over Shabbat.