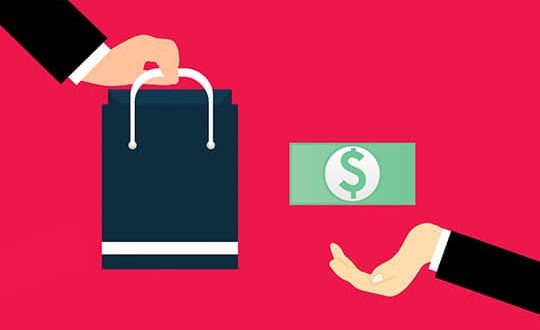 People are motivated to do good for many reasons, among them — but hopefully not primary — is the promise of divine reward. Can that reward be sold so that a poor, righteous person can support his family? In particular, there is a concept of a Yissachar/Zevulun partnership in which one party (Zevulun) financially supports another (Yissachar) to learn Torah and both share in the reward (Rashi, Gen. 49:13). I’ve seen many discussions of this concept but few note the theological absurdity of selling divine reward. I would like to focus on that while reviewing the sources.

The Gemara (Sotah 21a) discusses the arrangement of the Tanna, Shimon, and his brother Azariah. Azariah supported Shimon financially in order to split his brother’s reward, and therefore Shimon is referred to as Shimon, Azariah’s brother (Rashi, ad loc., s.v. Shimon). This seems to imply that a reward-sharing arrangement is possible.

Similarly, Rav Yehoshua Bo’az (16th cen., Italy; Shiltei Ha-Gibborim, Bava Kamma, ch. 8) explicitly says that you may sell your future mitzvos and the divine reward goes to the buyer. Rav Moshe Isserles (Rema, 16th cen., Poland; Shulchan Arukh, Yoreh De’ah 246:1) rules likewise regarding reward for Torah learning — that two people can arrange that one will support the other in learning Torah and share the divine reward.

The story is told that one year in eighteenth century Lithuania there was a shortage of esrogim. Someone offered to sell an esrog to the holy Vilna Ga’on for the price of the divine reward of the mitzvah. The Vilna Ga’on gladly agreed, so he could perform the mitzvah without receiving any reward, completely altruistically. (Although, reportedly, Rav Chaim Kanievsky replied that we do not reach halakhic conclusions based on stories like this.)

II. You Can’t Sell What You Don’t Have

On the other hand, Rav Moshe Alashkar (16th cen., Egypt; Responsa, no. 101) was asked whether people can buy and sell divine reward for their mitzvos. He responds by quoting in full a responsum of Rav Hai Ga’on (11th cen., Iraq) on the subject. Rav Hai says that this is nonsense. The Bible says explicitly, “The righteousness of the righteous shall be upon him, and the wickedness of the wicked shall be upon him” (Eze. 18:20). Divine reward is not a liquid asset that can be traded. It is the honor and personal accomplishment of doing the right thing that cannot be transferred to another person. In fact, Rav Hai continues, someone who sells his reward deserves punishment for his disgraceful attitude toward mitzvos. (This is quoted by Rav Akiva Eiger in his glosses to the Rema referenced above.)

Rav Naftali Tzvi Yehudah Berlin (Netziv, 19th cen., Russia; Meshiv Davar 3:14) also rejects the sale of mitzvos. He argues on two technical points regarding sales. First, you cannot sell something that does not yet exist. Reward does not exist until a person dies and a dead person cannot sell items (Bava Basra 135b). Additionally, you cannot sell something that lacks physical presence. Selling reward is like selling the living space in a house, which is meaningless — you have to sell the house for its living space (Bava Basra 147b).

Netziv points out that the Shiltei Ha-Giborim is contradicted by Rabbeinu Asher (Rosh, 14th cen., Germany-Spain; Responsa 12:2) who says that even if a father sells the right to circumcise his son, he can retract because you cannot sell a mitzvah. Rema (Yoreh De’ah 264:1) rules like this Rosh.

Additionally, Netziv points out that reward is contingent. If a person later regrets his mitzvos or leaves observance in general, the reward is retracted (Kiddushin 40b). In other words, even if you could sell reward, the purchaser only receives possible reward because the seller can cause it to disappear.

Rather, Netziv concludes, reward for mitzvos is not property like a trophy but the natural outcome for doing good. He compares it to health that comes from taking medicine. You cannot sell your health nor can you sell the reward you have achieved.

As to the Yissachar-Zevulun relationship, Netziv says that this constitutes supporting Torah study. By enabling someone to learn Torah, you are doing a mitzvah. You are his sole financial supporter and therefore a key element in his Torah study. That provides you with tremendous reward. Normally, supporting Torah study does not make you as if you learn yourself, but if you make such a condition in advance then any Torah learned because of your support is as if you learned it too.