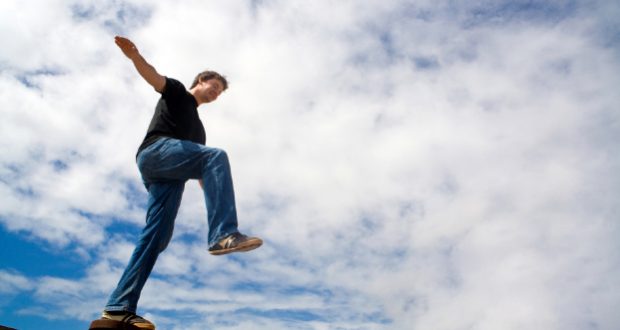 Loving Your Neighbor While Standing on One Foot

We know of the man who comes to both Shamai and Hillel, proclaiming his willingness to convert if he could be taught the “whole of Judaism” while standing on one foot. Shamai snapped at the man and sent him away but Hillel said, “What is hateful to you, do not do to your neighbor.  The rest is commentary.  Now, go and master it.”

Intuitively, we agree with Hillel.  What is hateful, do not do to others.  What could be a better prescription for communal harmony?  And what is more foundational to Jewish life than relationships – relationships between man and God, relationships between man and man?  And yet, when we weigh Hillel’s sage advice against the command to, “Love your neighbor as yourself” we are faced with a quandary.  Is there a difference between “not doing what is hateful…” and “loving”?   There are those who would suggest that there is not; that they are essentially the same thing.

“Our Rabbis (Shabbat 88b) taught: Those who are insulted (ne’elavim) but do not insult, hear themselves reviled (shomeim cherpasan) without responding, act through love and rejoice in suffering, regarding them the verse states: ‘But they who love Him as the sun goes forth in its might.’ Judges 5:31”

In his Shelot U’tshuvot R’baz (Yalkut HaChinuch 44) my grandfather, HaGaon Rav Bezalel Zev Shafran, asks of this Talmudic passage, “Why the double language?  Why, ‘those who are insulted but do not insult’ only to repeat (in form and idea) ‘hear themselves reviled without responding’.  Aren’t these speaking to the very same people and lesson, they who are insulted but do not respond in kind?”

Addressing the question, he notes that there are times when one is insulted, demeaned and humiliated, and yet does not cry out or complain to the one who insulted him.  This silence, my grandfather suggests, does not necessarily mean that he is forgiving or generous of spirit.  It could simply be that the insult stunned him deeply, leaving him to seethe and stew in his hurt.  Meanwhile, he observed, there are other times when the one who is insulted understands only too well the evil of the insult; and he knows how justified he would be in responding.  Yet, he holds his tongue.  He accepts the abuse heaped upon him in silence and grace.  This reaction, my grandfather says, is a sign that the insulted one is of noble character, that he is high up on the ladder of hishtalmut (wholesomeness).

So, we see when we first encounter those who “are insulted but do not insult” (ha’neelavim ve’einan olvin) we cannot be sure that their silence is from hurt or nobility.  However, those who “hear themselves reviled” (shomeim cherpasam) can respond but are einam meishivin – they do not respond.

Their non-response, far from being a sign of weakness is a sign of strength; it is an indicator of their character.  They are the ones who “act through love and rejoice in suffering”!

It is in praise of those possessing such fine character that the passage goes on, “…they who love Him as the sun goes forth in its might.”

The moon came to God with a complaint.  “How can two kings rule with one crown?” the moon demanded.  Overhearing the complaint, the sun would have been justified in being indignant.  “Your light is only what you receive from me!”  But the sun remained silent.  For that silence, the sun was rewarded with an even greater light.  So too, we are taught, will those who are insulted (ne’elavim) be rewarded for their graceful forbearance.

He who endures the “sticks and stones” of the world with grace is surely to be admired.  But… what does our admiration have to do with love?

In Kedoshim, we are commanded to love our neighbor as ourselves.   But how can we be expected to love and respect someone who might have done us harm; or looks and acts differently than we do; or for whom we bear a grudge?  A poet writes, “Fences make for good neighbors.”  The world suggests it’s wiser to maintain the walls – physical, spiritual and psychological – that separate neighbor from neighbor.  But God expects more.  God expects us to “love our neighbor”.  The question then is not “whether?” but “how?” – how do we get from A to B – from not doing something hateful to loving?  How do we go from seething silence to a silence of strength and grace?

“Not to hate your brother in your heart” is our first, small step in building a bridge to our neighbor.  From there, the laws, hocheach tochiach et amitecha – to admonish your neighbor – and lo tisa alav chet – not to bear sin because of him – and lo tikom velo titor et b’nai amecha – not to take revenge nor bear a grudge – continue the steps that carry us from “not hating” toward the ultimate mitzvah to love.  In plotting out these steps, the Torah is providing us with a map, a pathway, that allows us to honestly acknowledge and address events and feelings while still arriving at the state God wants and intends for us.

Hate is never sanctioned by the Torah.  For those situations or actions that could result in hatred, the Torah response is hocheach tochiach et amitecha – admonish your neighbor.  Acknowledge the behavior or act, and your own feelings, so that hatred cannot and does not define you.  Hocheach implies not only admonition but also honest communication – honest and loving communication.  Hocheach is instructive and practical.  The ability to chastise out of love rather than out of anger and hatred averts the future guilt of “carrying sin.”

The goal is a lofty and exalted one.  To love; to love your neighbor as you love yourself.

Hillel’s response to the potential convert implicitly acknowledges man’s tendency to care more about himself than others – adam karov le’atzmo.  That is consistent with the rabbinic, halachic position.  “Your life takes precedence over your fellow man’s.”   After all, how can we truly love another if we do not first love ourselves?   First, yes.  But not only.  The Torah obligates us to love our fellow man as ourselves.

Our sages have sought to make sense of what seems to be an impossible task.  Ramban suggests that the phrase, “love thy neighbor as thyself…”, is not meant literally, “…since man cannot be expected to love his neighbor as his own soul.  Rav Akiva himself ruled the contrary, that ‘your life takes precedence over your fellow man’s.’”  He suggests – based on the lamed in the word le’reacha – that the phrase means love for your neighbor; that the Torah is teaching that, “we should wish our neighbor to enjoy the same that we wish for ourselves.”

Ibn Ezra likewise explains that the Torah intends one to like what is good for one’s friend as one likes it for one’s self.  That was likely Onkelos’ view when he translated, “love your neighbor as yourself…” as, “and you shall have mercy on your friends as you have mercy on yourself.”

Rambam codified the mitzvah of loving your neighbor in precise halachic terms, setting boundaries which are both “realistic” and “achievable”:

If one lives by Rambam’s parameters then one would live an ethical life – he would not steal, damage, insult, or demean fellow human beings.  In other words, he would not do those things which he would not want done to him.

God commands that we love.  The practical application of the mitzvah (ma’aseh hamitzvah) may very well be achieved through not harming, injuring, etc.  However, not doing the negative is the consequence of fulfilling the mitzvah, not the aim of it.

Not doing a negative is not the same as doing the positive.

To truly love another.

Is it even possible?  The Ba’al haTurim and Ibn Ezra suggest that if we understand re’ah to refer to one’s wife it is not only possible but necessary to love kamocha.

To love as oneself then is to breach the great divide, to become one.  To do so does not require a bridge at all, for it does not require getting from one place to the next.  It is to remain at the place we have been commanded to be from the beginning – to love our neighbor is to love ourselves. 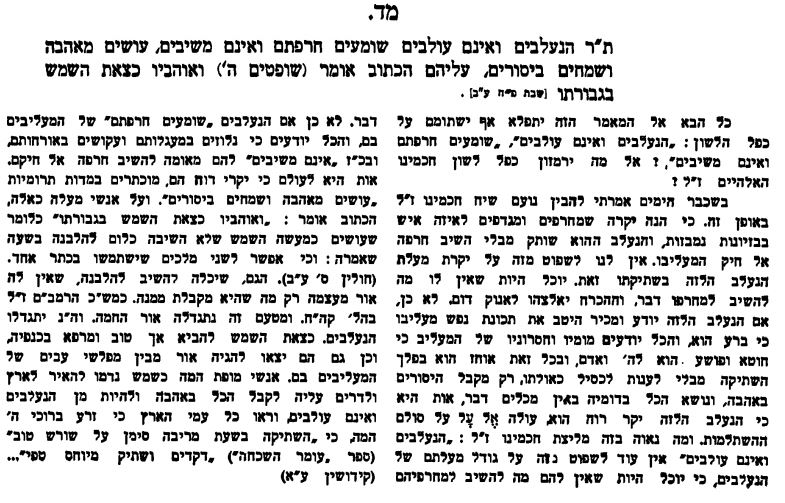