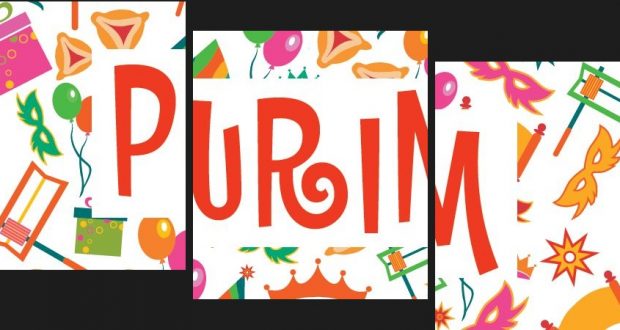 Question: Could you please review some of the rules and rationale of the practices of Purim Meshulash (Triple Purim) in Yerushalayim? [This is a re-edited repeat from 15 years ago.]

Answer: When the fifteenth of Adar, celebrated as Purim in cities that were walled at the time of Yehoshua (notably including Yerushalayim), falls on Shabbat, when some of the mitzvot of Purim are inappropriate, the various mitzvot of the day are spread over three days, as we will explain. We will start conceptually and then review day-by-day activities.

Even in such a year, conceptually, the main day of “Shushan Purim” is still 15 Adar, even though it is the least “eventful” of the days. Therefore, matters that are connected directly to tefilla, and are not problematic on Shabbat, are done on Shabbat. This includes reading the story of the battle of Amalek (the last 9 p’sukim of Beshalach) as maftir and the special haftara and reciting Al HaNissim in Shemoneh Esrei and Birkat HaMazon.

Megillat Esther is not read on Shabbat for one of two reasons (Megilla 4b). Rabba says that it is out of fear that someone will carry the megilla in the public domain and thus desecrate Shabbat. Rav Yosef says it is because at the time of the megilla reading, poor people look forward to receiving charity, which they cannot do on Shabbat. As the rule is that Megillat Esther is never read later than the fifteenth of Adar (based on the words, “and they shall not pass,” see Megilla 2a) the reading is pushed forward to Friday, 14 Adar. One who is celebrating Purim Meshulash should be extra careful to hear the megilla with a minyan in such a year (Mishna Berura 690:61), as when megilla is read early, it requires a minyan. (Follow health authorities/your rav/doctor regarding safety concerns; there are grounds for leniency – see Dirshu 690:58.)

Matanot la’evyonim (presents to the poor) follow suit and are given on Friday (Shulchan Aruch, Orach Chayim 688:6). After all, according to Rav Yosef, that was the reason to read the megilla early, and even Rabba must accept some level of linkage between reading the megilla and giving matanot la’evyonim (see Megilla 4b).

The seuda (festive meal) is held on Sunday, 16 Adar, according to most authorities (Shulchan Aruch ibid.). The Yerushalmi (Megilla 1:4) learns that it is not held on Shabbat because it must be a seuda whose obligation can be attributed only to Chazal’s decision at the time of Mordechai and Esther. On Shabbat, of course, there is a mitzva to have a festive meal irrespective of Purim. Therefore, it says to delay the seuda. There are opinions that one can/should have a Purim meal on Shabbat, and so some make an effort to have more food and wine than usual at the Shabbat-day meal (Purim Meshulash (Diblitzki) 5:11). At the Sunday meal, Al HaNissim is not recited, at least not in the body of Birkat HaMazon (see Mikraei Kodesh, (Harari) Purim 15:(34) in the name of Rav Yisraeli).

The mitzva of mishlo’ach manot (presenting foods to a friend) is apparently linked to the Purim seuda, and thus we give them on Sunday (Mishna Berura 688:18). Those who want to be have a Purim seuda on Shabbat (see above) can attempt to fulfill mishlo’ach manot as well by giving to a neighbor or having a guest at the meal.

Visitors to Yerushalayim over Shabbat (even if they celebrated a full Purim on Friday) are obligated (according to most authorities – see Mikraei Kodesh ibid. 15:30) to do the mitzvot of both Shabbat and Sunday (wherever they are on Sunday) even if they leave Yerushalayim soon after Shabbat. This is because the obligations of Sunday are tashlumin (a make-up date) for what ideally should have been done on Shabbat (Purim Meshulash 8:15). (One should give the mishlo’ach manot to one who is obligated in the mitzvot of Sunday). Based on the same logic, one who comes to Yerushalayim after Shabbat is not obligated (ibid.).