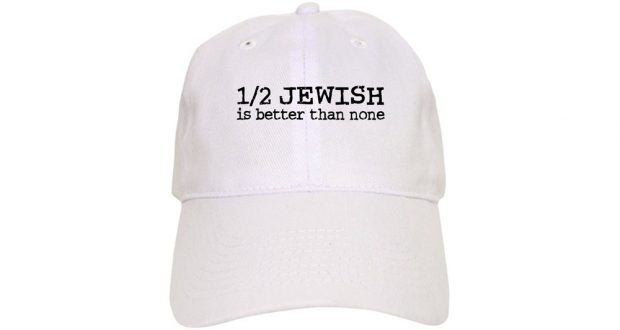 I. Whom Are You Insulting?

The sharpest insults attack not their intended recipient but a loved one. I can forgive an insult to me but am prevented by my obligation to defend my friends and family from easily forgiving their offense. Who am I to allow their honor to be diminished? This is part of the sting of classic “Yo Mama” insults. It is worse to disparage someone’s mother than him directly.

This can be found, in a sense, in the Gemara (Kiddushin 32a-b), where a Torah scholar is allowed to forgo his honor. But is it not the Torah’s and therefore God’s honor, and not the scholar’s to forgive? No, answers the Gemara, it is the scholar’s. The implication of this passage on the relationship between a scholar and the Torah he studies is amply explored in a rich literature. I find additional significance in the implication that if the Torah scholar’s honor were not his own, he would not be allowed to forgive it. If insulting him was equivalent to insulting his God, he would have no right to forgive such a slight. When the Torah is insulted, or even distorted, the scholar lacks the prerogative to let it slide.

In an editorial ten years ago (link), the Forward noted the difficulties inherent in the reception of Congresswoman Gabrielle Giffords in the Jewish community. After her horrific attack, this woman, whose father is Jewish and who embraced her Jewish identity as an adult, was seized by many segments of the Jewish community as one of their own. But, the Forward pointed out, her success at claiming her Jewish identity despite being halakhically non-Jewish are an exception that masks a large communal problem and her acceptance leads to a greater divide between the Orthodox and non-Orthodox worlds. This problem has only grown in the intervening decade.

From our Orthodox perspective, we are faced with a dilemma when speaking about such people. On the one hand, how can we insult someone by denying something as personal as his self-identity? Many people in such circumstances were raised since birth as Jews, an identity that is part of their very being. However, this decision is not ours to make and a responsum from 140 years ago makes it very clear.

III. Not Our Decision

The Orthodox community of Berlin negotiated for a number of years with the Reform majority to find a compromise that would allow for a single Jewish cemetery serving the greater community. When those talks failed around 1880, R. David Zvi Hoffmann published a responsum explaining the most important reason to secede — the unacceptable burial as Jews of the children of Gentile mothers (Melamed Le-Ho’il 2:127; see Adam Ferziger, Exclusion and Hierarchy, p. 152).

Aside from the prohibition of burying Gentiles in a Jewish cemetery, which discuss elsewhere, another issue is even more important. When the community excludes regular Gentiles from the Jewish cemetery but allows the children of Jewish fathers and Gentile mothers, it implies that these people are Jewish, contrary to the unequivocal halakhic rule. Creating such an impression is a public rejection of the Torah, an act more serious than almost any other transgression.

We can forgo our own honor but we cannot ignore the Torah’s. We lack the power to implicitly reject the Torah by improperly labeling Gentiles as Jews, even if they were raised as Jews.

People with such backgrounds often have a unique connection to the Jewish people and may have given much to the community. They deserve recognition for that. According to some Torah scholars, such people of Jewish descent fall into a unique category of “Zera Yisrael, the seed of Israel,” people with Jewish ancestry. But they are not Jews. Some have suggested that we should ease their conversions. Be that as it may, until they convert halakhically we face this predicament.

Certainly, we should not insult people publicly by denying their self-identification as Jews. No glory redounds to the Torah through rudeness. We need to sensitively recognize their identifications and connections while remaining faithful to the Torah.

How do we do this? One-on-one situations more easily allow for polite ambiguities than the written word, which demands greater precision. The term “Half Jewish” is genealogically accurate but halakhically misleading — you are either Jewish or not. Calling someone Jewish* with an asterisk, like a baseball record under changed conditions, is insufficient because it still implies Jewish and is offensive. It will satisfy no one. Terms like “of Jewish descent” or “whose father is Jewish” more accurately reflect the realities without conceding traditional beliefs.

I expect that when we treat people with respect while proudly maintaining our own positions, we will see this appreciated. Even if not, we must meet our own standards and not those imposed on us by people outside our belief system.