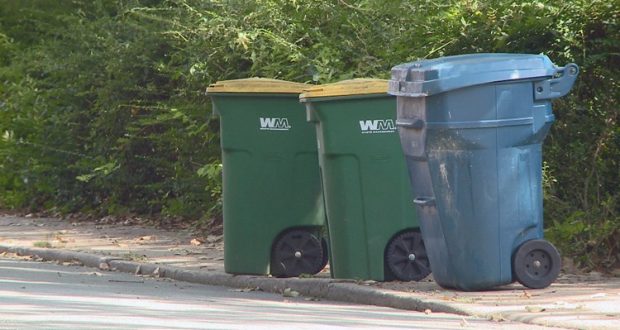 When we prepare for Pesach, we get rid of all of our chametz, either by selling it or destroying it. However, what about chametz in your garbage can? Is that considered destroyed or do we need to sell or destroy it also? For example, if you have leftover food from the night or morning before Pesach, can you just throw it in the garbage if it contains chametz?

I. For the Birds

Rav Yosef Karo (16th cen., Israel) seems to contradict himself on a related subject. In Shulchan Arukh (Orach Chaim 445:3), Rav Karo writes that before the time when we are forbidden to own chametz, you can throw chametz to the birds in a courtyard but you cannot leave it there once the time comes when you may not own chametz. At that time, if there is any chametz left, you must burn it.

Rav Moshe Isserles (Rema, 16th cen., Poland; Glosses, Orach Chaim 433:6) points out this contradiction and seems to side with the later comment allowing definite chametz in such a situation. Later commentators offer various suggestions to reconcile the two rulings so Rav Karo is not contradicting himself. For example, Rav David Ha-Levy Segal (17th cen., Poland; Taz, Orach Chaim 533:5) suggests that Rav Karo allows throwing chametz into a public area but only allows possible chametz in a private courtyard. Rav Avraham Gombiner (17th cen., Poland; Magen Avraham 533:10) rejects this suggestion and assumes both cases involve private courtyards. We allow throwing definite chametz to birds in a courtyard before the time when it is forbidden to own it and only allow leaving possible chametz for the birds before that time.

This discussion affects the question of whether we may put chametz in garbage cans and leave it out for sanitation workers to collect the garbage. You are not allowed to keep chametz that you own on your property over Pesach. In theory, if you declared the chametz ownerless, you could avoid the prohibition. However, there is a rabbinic requirement to rid ourselves of chametz from our property even if we declare it ownerless (and if it belongs to someone else, we have to segregate it). Even if you recite “bitul chametz” and mean it, and thereby declare the chametz in your property ownerless, rabbinically you still have to check for and destroy the chametz in your possession.

What if the sanitation workers will definitely (or almost definitely) take the garbage? Do they serve in a similar role to birds, and thereby allow you to put your garbage in your courtyard for pickup? According to the above Taz, you may put the garbage into a public area. According to the above Magen Avraham, you may even put it in a private area. But both agree that if it is not picked up by the time it is forbidden to own chametz, you must burn or otherwise destroy the chametz in the garbage. Additionally, while the curb is public property, your garbage cans belong to you. Therefore, any chametz inside the garbage cans remains within your private property, and not on public property, which would be forbidden according to the Taz even before the time at which chametz becomes forbidden.

Rag Mordechai Ya’akov Breisch (20th cen., Switzerland; Chelkas Ya’akov, Orach Chaim 1:196, 3:165) suggests selling your garbage cans to a gentile as part of the normal communal sale of chametz before Pesach. In this way, you are rendering your garbage ownerless and placing it in a gentile’s cans. However, Rav Breisch’s mechutan, Rav Moshe Stern (20th cen., US; Be’er Moshe, vol. 1 no. 41) argues that such a sale does not work because people continue using those garbage cans throughout Pesach. Even before Pesach begins, you continue using the cans. Your actions prove that you did not really intend to sell the garbage cans.

Rav Stern points out that garbage inside a garbage can is often edible, even if unpleasant. Even that which becomes inedible to a human is still edible to a dog. Therefore, it is prohibited to own that garbage on Pesach. However, this offers us a solution. If we render the garbage inedible even to a dog, then we have no problem placing it on the curb for sanitation workers to pick up. If you pour bleach into your garbage bag, you render the chametz permissible to own. Rav Yitzchak Ya’akov Weiss (20th cen., Israel; Minchas Yitzchak 4:56) and Rav Shmuel Wosner (21st cen., Israel; Shevet Ha-Levi 1:137) offer the same suggestion.

Rav Tuviah Goldstein (20th cen., US; Responsa Emek Halakhah 2:33) offers a simpler solution that does not require bleach. You can put garbage bags directly on the curb, without garbage cans (or inside a cardboard box). In this way, you no longer have the problem that the effectively ownerless chametz in the garbage remains on your property because it is on public property. While the Taz would not allow this after the time chametz becomes forbidden, the Magen Avraham and others consider it perfectly permissible.