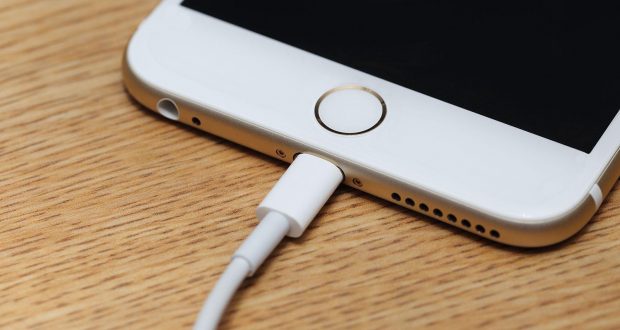 I. A Time to Recharge

The latest issue of the Journal of Halacha and Contemporary Society (RJJ Journal), under new editorship, is devoted to Coronavirus questions. One article contains short, translated responsa by Rav Yisroel Reisman, Rosh Yeshiva of Torah Voda’as and rabbi of the Agudah of Madison. Among his many short responsa, one addresses the question of a rabbi who needs his phone for life-and-death halakhic questions over a “three day yom tov,” in which two days of holiday are followed immediately by Shabbos. The rabbi expects the phone to run out of power on Shabbos. Should he recharge the phone on the second day of Yom Tov, which is a rabbinic obligation, or wait until Shabbos when the need is urgent but the obligation is biblical. For these purposes, let us assume that recharging a phone is biblically forbidden on Shabbos and rabbinically forbidden on the second day of Yom Tov. Regardless, the prohibition is stronger on Shabbos.

Rav Reisman quotes the Gemara (Rosh Hashanah 34b) that discusses someone who has the option to go to either one city or another for Rosh Hashanah. In one city, there will be a machzor from which he can pray (or hear someone pray) the special Mussaf blessings that are rabbinically required but there will be no shofar, which is biblically required. In the other city, there will be a shofar blowing but no way to hear the Mussaf blessings. The Gemara says to go to the city with the shofar. Isn’t this obvious? The Gemara says that even if you are certain to have the blessings in one city and uncertain about shofar, still opt for the possible shofar over the definite blessings.

II. A Time to Daven

Without disagreeing with his conclusion, I would like to consider other contrary indications in the spirit of Torah discussion. Rav Chizkiyah Medini (Crimea, 19th cen.; Sedei Chemed, vol. 12, Yom Ha-Kippurim 1:10) discusses the issue of someone with questionable health. Doctors say that he can fast for a day but then needs two weeks to recuperate. Should he fast on Tzom Gedaliah (3 Tishrei) if that means he will not be able to fast on Yom Kippur (10 Tishrei)? Or should he eat on Tzom Gedaliah so he will have strength to fast on Yom Kippur? Tzom Gedaliah is a rabbinic obligation while Yom Kippur is a very strong biblical obligation.

Rav Medini quotes Ohel Moshe who cites a responsum of Rav David Ibn Zimra (Radbaz, 16th cen., Egypt; Responsa, vol. 4 no. 13) who was asked about someone in prison who was given a day of furlough. There was no minyan in the Egyptian jail. The authorities gave him one day to pray with the community. Should he wait for Yom Kippur or another significant day to take the furlough? Radbaz rules that he should leave immediately. When a mitzvah presents itself to you, do not pass it over. Fulfill the first mitzvah and do not concern yourself with the future. Who says he will live until the next Yom Kippur or that the authorities will not change their minds?

According to this approach, you should fast on Tzom Gedaliah (the first mitzvah) and worry about Yom Kippur when it arrived. Similarly you should observe the second day of Yom Tov fully and when Shabbos arrives, if you have to recharge the phone then do it then.

Rav Medini points out that Rav Tzvi Ashkenazi (early 18th cen., Netherlands; Chakham Tzvi, no. 110) disagrees with Radbaz. He quotes the Gemara (Menachos 49a) that discusses a case of animal shortage in the Temple. If there are only enough animals to bring either today’s Mussaf offering or tomorrow morning’s Tamid offering, which should you bring? Does the Mussaf, which is holier, take precedence or the Tamid, which is brought every day? Judaism places great value on consistency, on something done frequently.

Rav Ashkenazi points out that the Gemara does not suggest that you should just do the first mitzvah. Why not? This omission teaches that we do not consider order to be determinative. Coming first does not give priority. This is an argument from absence. The Gemara does not ask this question and therefore Rav Ashkenazi deduces that the absence means that we do not give priority to the first mitzvah. While the deduction is brilliant, it is also dangerous. Because it is exposed to any future, alternative explanation for the omission. And in fact, Ba’er Heitev (Orach Chaim 90:11) quotes another explanation that saves Radbaz’s ruling from Rav Ashkenazi’s challenge. This explanation differentiates between an individual and a community. We are concerned that an individual may die and therefore he must do the first mitzvah that applies. However, sacrifices are from the community and we are not concerned that the entire community will disappear. Therefore, regarding sacrifices we do not merely fulfill the first relevant mitzvah. Most later authorities follow Radbaz over Rav Ashkenazi (e.g. Mishnah Berurah (90:28).

Rav Medini quotes Rashi (Sukkah 25b s.v. she-chal) who says that you are allowed to become impure by burying a relative within seven days before the bringing of the Pesach sacrifice. Even though burying a relative is only a positive obligation and refraining from bringing the Pesach sacrifice is punished with excision, the earlier, lighter mitzvah override the later, stronger mitzvah. This also seems to imply that we should observe the first mitzvah — Tzom Gedaliah and the second day of Yom Tov.

Rav Medini notes the Gemara in Rosh Hashanah that Rav Reisman quotes. Rav Medini points out that the Ritva (ad loc.) says that the Gemara is referring to a city that has a shofar every year. In other words, there is a chazakah that there will be a shofar, it is almost certain. This implies that a doubtful biblical obligation does not take precedence over a rabbinic obligation unless the biblical obligation is almost certain. That would negate the relevance of this passage to most cases.

Rav Naftali Tzvi Yehudah Berlin (Netziv, 19th cen., Russia; Ha’amek Davar, Num. 17:12) notes that after the remainder of Korach’s group was decreed to receive a plague, Moshe told Aharon to bring incense to the crowd immediately. However, Aharon waited until the plague. Why did he not bring the incense immediately? Netziv answers that bringing incense outside of the sanctuary is forbidden. Aharon did not want to violate the prohibition until there was an urgent need. Before the plague began, there was a chance that divine mercy would change the decree. Therefore, the doubt led Aharon to wait until the need was urgent.

In a footnote (Harchev Davar, ad loc., 1), Netziv states that following from this logic, if Shabbos follows Yom Tov and there will be a definite life-and-death need on Shabbos, then you should violate Yom Tov in advance, which is less strict. However, if the need on Shabbos is uncertain, you should observe Yom Tov and wait until Shabbos to do the lifesaving treatment. (Of course, if there is a medical reason to do it earlier, that changes the calculation.) According to Netziv, it would seem that since the phone will not definitely need to be recharged on Shabbos, we should not recharge on Yom Tov but rather wait for Shabbos.

Rav Yitzchak Zilberstein (cont., Israel; Toras Ha-Yoledes 60:4) was asked about a woman in the early stages of pregnancy with high blood pressure. Her gynecologist recommended abortion but her internist recommended treating the high blood pressure with medication. After conferring, the two doctors agreed to try medication before recommending an abortion. However, someone asked Rav Zilberstein whether the woman should have an immediate abortion since she was within the first forty days of conception. The prohibition against abortion in the first forty days is much less stringent than subsequently. Should the possible lifesaving need for an abortion in the later days indicate an abortion during the first forty days?

Of course, every case is different and the mother’s and father’s circumstances and states of mind matter. Setting the individual circumstances aside and looking at merely the technical indications, Rav Zilberstein says that this case follows the same pattern as the Netziv’s. If she would definitely need an abortion later, then she should have it earlier when the prohibition is less. However, since there is only a possible need, they should wait and see even though the prohibition increases.

However, perhaps we can distinguish between the cases of the Netziv and Rav Zilberstein on the one hand and Rav Reisman on the other. Netziv and Rav Zilberstein are dealing with lesser and greater biblical commands. In those cases, we do not set aside the lesser biblical command unless you otherwise will definitely have to violate the greater biblical command. Rav Reisman is dealing with a rabbinic command, the second day of Yom Tov. Perhaps it is different from a regular Yom Tov. Perhaps even a possible biblical violation on Shabbos overrides a definite rabbinic command and therefore you should recharge your phone on Shabbos. On the other hand, the comparison to Tzom Gedaliah still seems to hold.

As I said above, this is all a theoretical discussion and not intended to disagree with the ruling. If such a case arises for you, ask your rabbi.