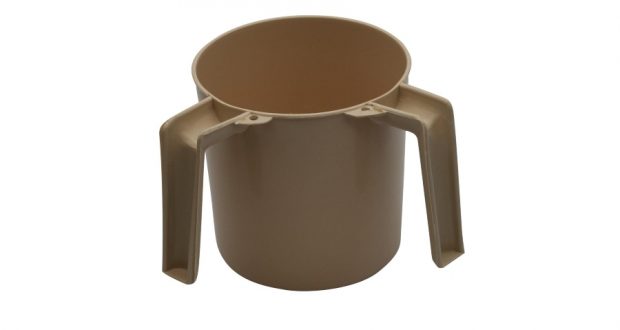 Question: If one does netilat yadayim (=ny) before eating rinsed fruit (without a beracha), and then decides to eat bread, should he wash again, with a beracha?

Answer: Your question is related to a famous yearly practice. The gemara (Pesachim 115b) says that at the Seder, the first ny (for karpas) does not preclude a second one because, in the interim, one takes his mind off of his hands (hesech hada’at). Tosafot (ad loc.) asks why we need that reason, considering that the minor ny anyway should not exempt from ny on the matza, which is a full-fledged and different Rabbinic obligation. Tosafot answers that we might have thought that even a non-required ny precludes the need for a repeat when required.

The Beit Yosef (Orach Chayim 158) understands from Tosafot that even if one does a lower-level-obligation ny for non-breads dipped in liquids, he still has a full obligation for ny (with a beracha) if he now wants to eat bread, and the Shulchan Aruch (OC 158:7) rules this way. The Rama (in the Darchei Moshe and on the Shulchan Aruch, both ad loc.) says that this is so only when he had hesech hada’at (or a long time passed – Biur Halacha ad loc.). Otherwise, one would not make a beracha on the bread. (The Biur Halacha ibid. posits that if there is no water for a second ny, one can rely on the first ny.)

There is a parallel discussion regarding one who leaves the bathroom right before a meal. If he does one ny for both needs, both the option of eating first and of reciting Asher Yatzar first raise problems (beyond our present scope). Therefore, the Shulchan Aruch (OC 165:1; the Rama does not object) rules to wash two times; the first is followed by Asher Yatzar, the second, by the beracha of Al Netilat Yadayim.

The Magen Avraham (165:2) asks why according to the Rama, is there a beracha on the second ny if it is so soon after another ny. His first answer is that the beracha can actually relate back to the first ny, as he knew he would eat bread. The second answer, which he prefers, is that the first washing should be done in a manner that is invalid for bread (e.g., without a cup), so that he can say Asher Yatzar without causing a problem with the beracha on a full-fledged halachic ny. Rabbi Akiva Eiger (ad loc.) rejects the Magen Avraham’s first answer because if the second ny added nothing, the beracha on ny has to relate to the first, significant ny, and therefore Asher Yatzar would cause a problem. The Mishna Berura (165:2) and many others (see Sha’ar Hatziyun ad loc.) accept the assumption of the Magen Avraham’s second answer – if nothing happens to the hands between two acts of ny in relative close proximity, there is no beracha on the second one, even if the first was not a ny with a beracha.

It might seem that before eating bread soon after washing for fruit, a Sephardi would make the beracha on the ny, following the Shulchan Aruch, and an Ashkenazi would not, based on the Rama. However, this is far from clear. The Yalkut Yosef (OC 158:19) rules that even a Sephardi does not make a beracha because Tosafot is based on an assumption (which we do not accept) that the netila before dipped foods is only for cleanliness. Ashkenazim also have to determine how long the effect of the first netila precludes a new ny with a beracha. The Biur Halacha (to 158:7) says that after a few hours, it is ineffective unless he originally intended it to last for a later eating and did not have hesech hada’at. We note that the Darchei Moshe (ibid.) assumed that the delay between karpas and motzi matza warrants a new ny with a beracha and that not everyone has an hours-long Maggid section.

During a meal, we do not assume hesech hada’at, but when one finishes it, we normally treat the situation as one where we assume it (see Mishna Berura 164:7). It is unclear how long after ny for fruit we should assume hesech hada’at. A trick to use for such a case of doubt is to touch parts of the body that are usually covered, making ny with a beracha a definite subsequent need (see Yaskil Avdi, II, OC 6).