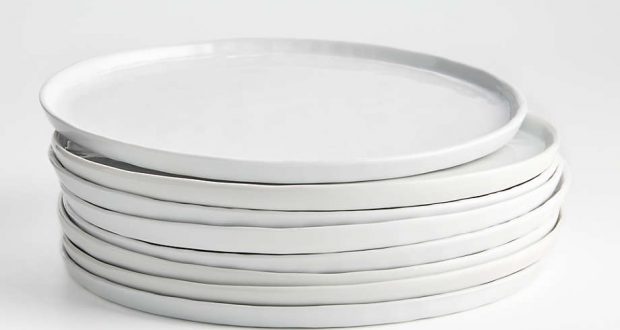 Question: We set our Shabbat table with a larger “charger” plate under the main plate. At the end of the meal, we clear off the dirty dishes and leave the charger plates. Is there a problem with borer (selecting)?

Answer: Avoiding suspense – it is clearly permitted. One reason for our confidence is that while charger plates may be new, fish or appetizer plates sitting on top of main plates and are then removed, have been common, without poskim over the generations being bothered. We now set out to identify the precise reason(s).

Ostensible borer is permitted when three conditions are met: the desired is taken from the undesired; it is done soon before usage; it is done by hand. The classic usage of a plate is to serve on it; you are taking the plates right after their use, not soon before the next meal. Even if you were to wash them right away and use them later on Shabbat, selecting them specifically among other objects in a taarovet (mixture) of utensils would not be considered for immediate use (Orchot Shabbat 3:121).

Our rationale of permitting removing the dirty off the charger plate at meal’s end will thus be based on the premise that there is no halachic taarovet. In Living the Halachic Process (vol. I, C-19), we dealt with sorting silverware after washing at night after they were joined together in a sink, well before their being placed on the table the next day. We presented the machloket among contemporary poskim, which we will review very briefly, on whether this may be done without special care.

The Terumat Hadeshen (57) suggests that there is no borer between relatively large foods in close proximity to but clearly discernable from each other. However, he stops short of permitting this in practice, and the Rama (Orach Chayim 319:3) concurs.

Yet, Rav Ovadia Yosef (V, OV 31) is lenient regarding silverware due to a combination of (weaker and stronger) possible leniencies. 1) According to the Aruch Hashulchan (OC 319:9) borer does not apply to big pieces that are clearly discernable; the Ohr Sameach (Shabbat 8:11) posits similarly that borer does not apply for almost all intents and purposes to utensils or clothes (even according to the Taz (OC 319:12) that it is not limited to food). 2) The Pri Megadim (319, MZ 2) says that if the various objects being sorted will all be used at the same time in the future, it is permitted. 3) Perhaps (it is a fringe opinion) borer only applies to things that “grow” from the ground. 4) Selecting for the next meal is considered short term no matter when that meal is. Leniencies 1 &3 apply to this case, whereas #2 and #4 do not (at least at the last meal the plate will be used). Thus, one cannot prove from Rav Ovadia’s responsum that he would be lenient here. While the Tzitz Eliezer (XII:35) also considers the Ohr Sameiach’s position a significant contributor towards leniency, the Mishna Berura (319:15) and Shemirat Shabbat K’hilchata (3:78) do not.

However, we are confident that all poskim would not consider the two plates sitting one on the other to be a taarovet, for the following reason. Everyone agrees with the Terumat Hadeshen’s basis thesis that objects that are touching but absolutely separate are not a taarovet. His and the Rama’s hesitation was because it is not always easy to know the level of ease of discerning. In our case, though, since the normal usage of these plates is to have a normal plate sitting on top of a charger plate, one can “separate” them with zero concentration and blindfolded with ease. This idea is at the heart of the aforementioned Yabia Omer and Tzitz Eliezer.

We find a close precedent in the distinction between books piled on a table and those in their place and/or labeled in a bookcase (Shemirat Shabbat K’hilchata 3:(179); Orchot Shabbat 3:23-4). While the Shemirat Shabbat K’hilchata is hesitant to use the leniency, taking off the right plate is far easier than grabbing for the right sefer (I not infrequently reach for one book and take its neighbor). The strong logic is only strengthened by the minhag regarding fish plates.