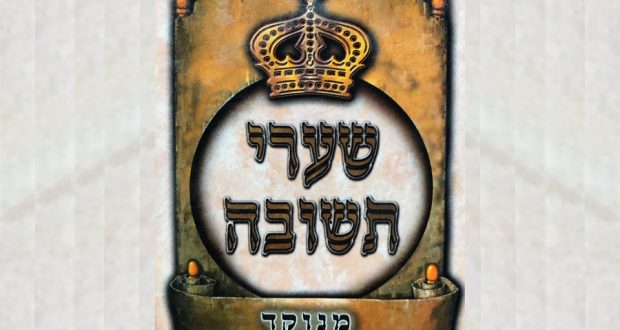 Rabbenu Yonah has three concepts left to explain from last time, ways one can fall afoul of devar Hashem bazah, the word of Gd s/he denigrated. Each suffices to lose a Jew his/her share in the World to Come.

The Arrogance of Dismissing the Value of Verses

For Rabbenu Yonah in paragraph n145, the disrespect of ha-megaleh panim ba-Torah, reveals a wrong attitude to Torah, consists of dismissing certain verses or sections of the Torah as unnecessary. It reflects arrogance, the person’s certainty if s/he can’t see a reason for their inclusion, there must not be one.

He describes a problem we still see today, people’s overconfidence leading them to reject the possibility tradition could answer a problem they raised. Nor did it start in his generation; he cites Yerushalmi Ketubbot ch. 8, where Devarim 32;47—ki lo davar reyk hu mi-kem, for it is not a trifling thing for you—is taken to warn against ascribing a lack of meaning to passages in the Torah. If they seem to lack meaning (are reyk, empty), it’s mim-kha, from you, not the Torah.

The category includes those who belittle Torah scholars, say they contribute nothing of value to society.  It denies the lesson of Bereshit 18;26, Gd was willing to allow Sodom to survive, had they had some righteous people in their midst. Those who spend their time seeking ways to serve Gd may not appear to be contributing, but they may be the only reason some societies escape Gd’s wrath.

A warning to be careful about our attitude towards Torah and those who study it, at risk of our share in the World to Come.

The Holidays as a Test Case for Adherence to Rabbinic Tradition

The next item in the list, mevazeh et ha-mo’adot, refers to someone who treats Hol Ha-Mo’ed wrongly. Rabbenu Yonah thinks the person’s lax attitude starts with his/her realizing the obligations of Hol Ha-Mo’ed do not appear explicitly in the Torah. He sees a similarity to Bekhorot 30b’s disqualification of a convert who rejects any part of halakhah, including rules promulgated by the rabbis. Makkot 23a compared one who treats Hol Ha-Mo’ed lightly as if s/he worships a power other than Gd.

Hol Ha-Mo’ed seems more an example than its own problem, Jews decide they only feel obligated by the Torah itself—perhaps even the rabbinic readings of what’s in the Torah itself. What’s purely rabbinic does not hold the same sway. That, too, forfeits the World to Come, because Gd commanded us to follow rabbinic rulings as much as the Torah. Those unwilling cannot join the nation as converts, and lose their share in the nation’s future if they stick to this position.

The Social Impact of Whom We Praise

Despite the clear logic behind denying those who mistreat Torah scholars a share in the World to Come, Rabbenu Yonah articulates them at length. First, Mishlei 3;35 shows that praising Torah scholars helps society as a whole. Seeing them praised, people will seek their ideas, heed them more fully. Were fools praised (meaning: were people to find some fool they decided was worth following, probably because the fool gives them specific outcomes they like), that would hurt society as a whole, because people would turn to that fool and other fools more regularly, would come to think their view of life had any value.

Second, when Torah scholars are the honored members of a society, more people study Torah. (Jerry Seinfeld made this point about comedy; when he was coming up only people who could not imagine doing anything else went into it. Later, it become more widespread, an imaginable career path.) Making Torah honored will attract those who might otherwise have gone for whatever other career a society honored (the top students in societies that honor medicine or politics or banking will go into those fields; in societies where Torah study is honored, more top students will go into that, as in the more “right-wing” or haredi sectors of the Orthodox community.)

More optimistically, honor shown Torah scholars awakens people to truths they always sort of knew, reminds them of the value of Torah, leads them to put more of their energies into Torah study.

The best reason for it, in his view, is that it qualifies as sanctifying Gd’s Name, because the more our words, looks, and actions focus on Gd’s service, the more honor we give Gd. Those who speak ill of a Torah scholar hurt awareness of Gd in the community, and thus hurt the cause of Gd’s service. They also sacrilege the Torah itself, a good reason for them to suffer the fate of being lost from the community. They make it seem as if it is possible to serve Gd without Torah study, when such study and knowledge is indispensable, and Torah scholars are the ones who will secure and ensure such knowledge in all the Jewish people’s generations.

Any Jew who acknowledges this truth will honor them as indispensable resources.

Just the idea of life being for the sake of honoring Gd translates into a person using all his/her time and effort in Gd’s service, to uphold Gd’s values in word and deed, to express gratitude and blessings for Gd always. Among friends, a person aware of these issues will be careful with all s/he says, to make his/her words part of fostering greater awareness, including by making those focused on Gd’s honor and studying Gd’s Torah the more or most honored members of society.

We Are Whom We Honor

Mishlei 27;21 ends with the words ish le-fi mahalalo, people reveal their own qualities by whom they praise. Someone who always values the wise and righteous, speaks admiringly only of good deeds, shows his/her heart is in the right place. Such a person must also look down on sin and those who willfully engage in it, as a demonstration of their adherence to Yeshayahu 7;16, reject the wrong and choose the right.

[Two points not to miss: Rabbenu Yonah understands Tanakh to tell us we must reject evil, it is insufficient to uphold good. I stress it because we live in a time where many otherwise fine Jews make this error, upholding good is enough. Second, he assumes people who speak in favor of certain values will count as those who honor Gd and seek Gd’s service despite the occasional private personal failure. That’s only as long as the person’s private behavior is not largely at odds with his/her public behavior. Sadly, we know of cases where people publicly associated with Gd’s service fail too fully in private to qualify for the name of one who honors Gd and seeks Gd’s service.]

The Many Wrongs of Praising Bad People

Rabbenu Yonah says the opposite is true of those willing to speak in favor of disgusting actions or evildoers. The people who dish out the inappropriate praise show themselves to be evildoers and, Gd forbid, blaspheme/sacrilege Gd’s Name. [A crucial point I again think is often lost in our times: we may not, must not, cannot praise evildoers. We can thank them for any good they do for us, although it gets sticky there as well. Rabbenu Yonah is reminding us of the crucial significance of what we choose to praise or denigrate, and will return to this topic later in the sha’ar, when he gets to kat hanafim, flatterers.]

Praising evildoers also draws people to follow them; those people will also be punished for doing so, because just the praise of evil incurs liability. Last, good and evil are inextricable opposites, the praise and/or success of evildoers necessarily reducing the social cachet of the righteous, giving them less success than they deserve. [Another idea I ponder often, our failure to see some issues are zero-sum, in this case the battle between good and evil. Whenever people admire those of poor values, proper values lose, to a greater or lesser extent.]

Closing up his discussion of the verse, Rabbenu Yonah throws in a few quick other ways we can lose our share in the World to Come: studying Torah in sullied places (I think a garbage dump or the like); anyone who does not study Torah when he could; and those who read works of heresy [this last is a complicated issue, but certainly includes those who approach such works with an open mind, endangering their faith.]

The very last phrase of the verse, u-mitzvato hefar, his commandments he has broken, is taken by Sanhedrin 99a to refer to those who refuse to circumcise [for a long time, I thought this was a thing of the past; sadly, there are Jews in our times who do not circumcise their sons, because it causes too much pain.]

Rabbenu Yonah has reminded us a verse in the Torah was taken by tradition to mean we can lose our share in the World to Come even just for a poor attitude towards Torah and its scholars, or the reverse, holding up as valuable ideas or people whose conduct contradicts the Torah’s preferred values. Praising and valuing Torah and its scholars helps the cause of good, of Gd, of society, and of bringing the perfected world sooner and sooner. Those who do the opposite lose their share in that World.