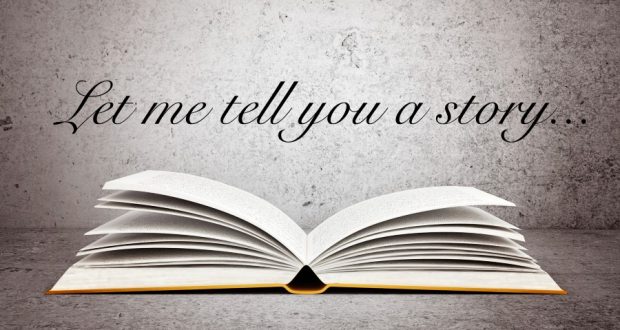 Are Stories Any Good?

Posted by: Gil Student in From The Hashkafah Files, Magazine, Posts Dec 4, 20 0

I. Learning From Stories

Judaism thrives on stories that inspire and educate. The Talmud and Midrash contain many such stories, some about legal cases and others about interactions filled with important messages. The Talmud explicitly discusses how to use stories properly, which can inform how we consume information in other areas of our lives.

For example, Rosh Hashanah (29b) tells the story of how after the destruction of the Temple, Rosh Hashanah fell out on Shabbos. R. Yochanan ben Zakkai wanted to blow shofar, since he was in a city with a beis din. Bnei Beseirah, leading Torah scholars of the generation, wanted to discuss whether they should decree against it even in a city with a beis din. R. Yochanan ben Zakkai said that they will blow shofar first, then discuss. After they blew, Bnei Beseirah was ready to discuss and R. Yochanan ben Zakkai said that it’s too late. These stories of actual events, laden with lessons and implications, sometimes even humorous or provocative, permeate the Talmud.

II. The Problem With Stories

A man once inherited property from his father and a young man came and said he is a brother who lives far away and has come to claim his portion of the inheritance (Bava Metzi’a 39b). After establishing that he is a legitimate heir, the younger brother asked for a portion of the improvements to the land he inherited. He wanted half of the value of the trees that the older brother planted after the father died. Rav Chisda ruled in the younger brother’s favor.

When R. Ami heard about this, he exclaimed how wrong it is. This got back to Rav Chisda, who dismissed R. Ami’s proof because the younger brother was a minor at the time of the father’s death. When R. Ami learned of this, he retracted his comments because he had not heard the full details of the case and, indeed, Rav Chisda ruled properly.

R. Ami’s experience should be familiar to us all. Too often, we hear a story only in broad outlines and yet the details make all the difference. In our minds, we fill in those details, often without realizing it. When we do so, we easily reach an incorrect conclusion.

For this reason, many Sages warn against drawing conclusions from stories. The Gemara (Bava Basra (130b) says that we do not derive a halakhah from a teaching or a story unless the speaker or protagonist says explicitly that the message is intended for practice. Rashbam (ad loc., s.v. ve-lo, ad) explains that if you see your teacher doing something, do not establish halakhah like that because you might not understand the nuances of the situation. You have to confirm the ruling with your teacher to ensure you fully understand his thinking. Similarly, Tosafos (Horayos 2a s.v. hakha) say that a student may not have looked at the action with sufficient care and understanding. He might have overlooked an important aspect.

Rav Yitzchak ben Sheishes Prefet (Rivash, 14th cen., Algeria; Responsa Rivash, no. 301) was asked about how much to deduct from a widow’s kesubah and answered just for the clothing she is wearing (based on Kesubos 54a). When told that Rav Nissim (Ran), his teacher, had deducted the cost of holiday clothing, Rivash responded that you cannot bring a proof from a story. There might have been other conditions involved or some sort of compromise due to competing claims. Without full knowledge, a story can be misleading.

This is an important message to keep in mind, particularly when hearing salacious stories reported in the media and online. What are the reporters missing? What key condition was overlooked which could turn a damaging story into a reasonable occurrence that could happen to anybody? It is difficult to know the truth when we hear only partial information, sometimes twisted to look as bad as possible.

On the other hand, what does this attitude do to the Talmudic method? So many lessons are taught through stories. If we cannot learn from them because we might be missing crucial details, why are we told so often to learn from stories? I think the answer lies in a radical story about R. Yehudah Ha-Nasi.

The Gemara (Chullin 7a) tells of how R. Meir’s brother-in-law, R. Yehoshua ben Zeiruz testified that R. Meir ate a vegetable leaf in the city of Beis She’an without removing from the vegetable the required portions of ma’aser and terumah. Based on this, R. Yehudah Ha-Nasi declared that Beis She’an is outside the borders of biblical Israel and therefore produce grown there is not subject to terumos and ma’asros. This was a big step, for which R. Yehudah Ha-Nasi suffered heavy criticism.

R. Yirmiyah, whose penetrating — some would say pestering (at one point, he was expelled from the study hall – Bava Basra 23b) — questions fill the Talmud, challenges R. Yehudah Ha-Nasi’s ruling. Maybe R. Meir holds that terumah and ma’aser on this vegetable apply only to a bundle and not a single leaf. Maybe R. Meir forgot to remove terumah and ma’aser. Maybe he took terumah and ma’aser from distant vegetables. While we might be able to answer each question, R. Zeira finally shuts R. Yirmiyah down with the statement: “See how great the man is who is testifying!”

Putting this in different terms, R. Yirmiyah raises the question that we have been discussing. Stories cannot serve as a source of normative practice because there might be crucial details missing from the story. R. Yirmiyah pushed his point by suggesting different details that might change the conclusion. R. Zeira answers that a story is as good as its source. He does not focus on R. Yehoshua ben Zeiruz’s telling the story as testimony but his personal status. A story can be used to draw practical conclusions when the person who is its source, and presumably those within its chain of transmission, are mature scholars who understand the relevant factors.

Rav Naftali Tzvi Yehuda Berlin (Netziv, 19th cen., Russia; Meromei Sadeh, Chullin 7a) states this clearly. Even though we do not normally draw practical conclusions from a story, we accept a Torah scholar’s teaching of practical halakhah even when he deduces his ruling from a story.

Rav Menachem Mendel Krochmal (17th cen., Czech; Responsa Tzemach Tzedek, no 75) responded to stories about Torah-observant people drinking beer made with non-kosher wine sediment. Rav Krochmal rails against reliance on such stories. People often testify about activity that is blatantly against halakhah and cannot be trusted because they do not understand the laws or the circumstances. They compare cases, assuming equivalence based on ignorance. It is like saying that someone cooked on Yom Tov so clearly you can cook on Shabbos. It is easy for someone unfamiliar with the nuances of Jewish law to be unaware that cooking is specifically permitted on Yom Tov, in contrast to Shabbos. Therefore, unless a Torah scholar transmits a story, you cannot rely on it for practical conclusions.

Rav Krochmal quotes Rav Moshe Mintz (Maharam Mintz, 15th cen., Germany; Responsa, no. 79) who was told that Maharil considers as binding a document in which the author says that his signature should serve as a hundred witnesses. Maharam Mintz dismisses such stories as unreliable. People misunderstand, misapply and misrepresent.Maharam Mintz even says that he would not trust a Torah scholar who told him that, although a parenthetical note adds that a truly learned scholar should be believed. (Although see Responsa Maharil Ha-Chadashos, no. 133).

Skepticism is an important trait when reading news and hearing stories. However, you go too far in your skepticism when you take it to mean that nothing is reliable. There is truth and there are reliable transmitters of that truth.