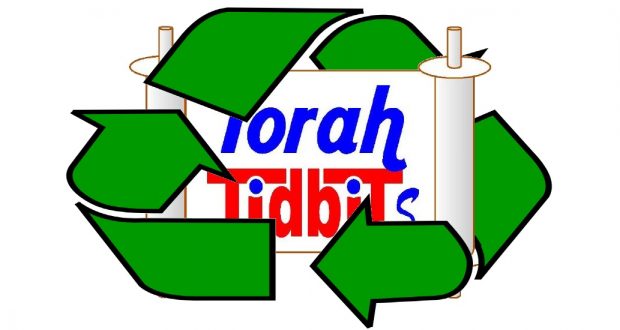 What do you do with sacred books (sheimos) that become worn out or otherwise unneeded? Technology has given the question more weight. With so many newspapers, handouts and printouts, the question is more urgent now than ever. We recently discussed the custom in some place to respectfully burn them. This practice was forbidden by most authorities, with one outlier who justified it. Another possible way to deal with the plethora of sheimos is to recycle them. Even if the sheimos are treated respectfully, the deinking part of the recycling process erases the words through the introduction of chemicals. Does this constitute a forbidden erasure of sacred words?

Rav Shimon Ben Tzemach Duran (Rashbatz, 15th. cen., Algeria; Responsa Tashbetz 1:2) was asked about a school that did not have textbooks for children. Instead, each week the teacher would write verses on a blackboard, first erasing the previous week’s verses. Is this allowed? Rashbatz begins by differentiating between the biblical and rabbinic prohibition against erasing sacred texts. The Torah says about idolatry, “and you shall destroy their name from out of that place” (Deut. 12:3) but warns “You shall not do so to the Lord your God” (ibid., 4). This applies to God’s names, of which there are seven, including the Tetragrammaton, the name signifying lordship (adnus), Kel, etc. (Rambam, Mishneh Torah, Hilkhos Yesodei Ha-Torah 6:2).

Rashbatz says that the biblical prohibition applies only to these seven names. Erasing any other part of a verse or a blessing or a religious text, including parts of the Oral Torah, is forbidden on a rabbinic level. Rashbatz points out that writing texts in anything other than a biblical scroll is technically forbidden but allowed because of “eis la’asos la-Shem, it is a time to do for the Lord” (Ps. 119:126), meaning we violate the law in order to sustain the Torah in general (Gittin 60b). If so, argues Rashbatz, erasing is the same as writing and we may do so in order to teach Torah to children if the erasure is only rabbinically forbidden. Rashbatz also says that texts and commentaries in any language have the same status as Hebrew.

Rashbatz’s ruling is widely cited as authoritative. Elsewhere we have discussed the debate over whether God’s name in any language other than Hebrew is considered among the seven names and therefore falls under the biblical prohibition, or not and it falls under the rabbinic prohibition. (Almost universally, authorities agree that printed books have the same status as written books. See Tzitz Eliezer 3:1:20.)

Already in the nineteenth century, the issue required evaluation due to technology. Before publication, authors need to review proofs of the books to correct for errors. Publishers were releasing so many new sacred books that they were overwhelmed with pre-publication proofs that qualified as sheimos. The question was asked whether these proofs could be disposed of in some way other than burial with a Torah scholar. Leading authorities debated the question.

Rav Yitzchak Elchanan Spektor (19th cen., Russia; Ein Yitzchak 1:5) permitted the respectful disposal of these sheimos for a few reasons. First, he notes that generally speaking we are dealing with sheimos on a rabbinic level (pars. 1, 22), as explained above. Additionally, Rambam (Mishneh Torah, Hilkhos Yesodei Ha-Torah 6:8) rules that if a heretic writes God’s name, you may (and should) erase or destroy it because the heretic does not believe in the sanctity of God’s name and therefore writes it like any other word. A heretic definitely has intent that the name is not sacred. What if the intent is neutral? This is a matter of debate. Therefore, Rav Spektor (pars. 16,38) suggests that proofs should be printed with explicit intent (said verbally) that they are not intended as sacred. Finally, he points out that the proofs are printed to be used temporarily, for checking, and not for learning Torah (pars. 13,34).

Therefore, Rav Spektor concludes, if burial is impossible, publishers may print pre-publication proofs with an explicit condition and have a child put the proof into a fire to dispose of them respectfully.

Rav Naftali Tzvi Yehudah Berlin (Netziv, 19th cen., Russia; Meishiv Davar 2:80) argues that it is permissible to destroy or erase sacred objects that are sanctified with the intent to destroy them. Pre-publication proofs are intended for proofreading and then destruction. Netziv compares this to sanctifying an animal as a sacrifice at a time when the Temple is destroyed and sacrifices cannot be brought. The Gemara (Avodah Zarah 13a-b) allows destroying such an animal but only in a way that is not disrespectful. Similarly, we should be allowed to dispose of proofs that are printed for temporary use and then destruction.

Others disagreed with this leniency. For example, Rav Yosef Zechariah Stern (19th cen., Lithuania, Responsa Zecher Yehosef, Yoreh De’ah 191) dismisses the notion of disclaiming the sanctity of the text. If you are printing it as a sacred text, even for proofreading, it is a sacred text. However, the reputation and prestige of Rav Spektor and Netziv gave their permissive rulings lasting authority. The difference between their reasons, however, bears relevance to our question today.

Rav Shmuel Landau, son of the author of Noda Bi-Yehudah (vol. 2, Orach Chaim, no .17) was asked about a room in a house that was used as a synagogue. Many years later, after having changed owners, can that room be used for personal uses including as a brewery for liquor. One part of the question addresses the prayers that remain written on the wall. The brewing process raises steam that would erase the writing. Rav Landau concludes that you are only allowed to indirectly erase the writing through gerama for the sake of a mitzvah, and this case does not qualify. Instead, he recommends placing a panel on top of the writing. In the course of his answer, he writes that there is no disrespectful treatment greater than erasure. I find this surprising. I would have thought that indirect erasure shows more respect than, for example, tossing words of Torah into the garbage.

The Gemara (Shabbos 120b) discusses a case of some who has God’s name written on his arm. The Sages require him to cover the writing when immersing in water so the name is not erased. R. Yossi allows him to immerse normally because while we may not directly erase God’s name, we may do indirectly (gerama). If gerama is allowed, this would open the door to many indirect forms of destroying sheimos. However, this ruling does not seem to be quoted by the codes. Rav Landau (ibid.) suggests that this passage is contradicted by a different Gemara (Megillah 26b) that a worn-out Torah scroll must be buried in an earthenware vessel. Why not bury it directly in the ground, since that would cause erasure/decomposition only indirectly? This passage must hold that erasure through gerama is forbidden. At the very least, gerama should only be allowed for a mitzvah, such as immersing for an obligation.

Rav Eliezer Eliyahu Grodnenski (19th cen., Lithuania), in a responsum published by his famous son-in-law and successor Rav Chaim Ozer Grodzinski (Achiezer 2:48), distinguishes between a Torah scroll and other works including a single divine name written on an arm. We are obligated to save a Torah scroll from fire, even on Shabbos. Therefore, we certainly cannot destroy it indirectly. Other sacred texts and a divine name in isolation are different. We do not save them from fire on Shabbos and therefore may erase them through gerama. According to Rav Grodnenski, we may destroy pre-publication proofs through gerama, although he recommends asking a gentile to give it to another gentile to do so. This would seem to allow recycling sacred texts (other than biblical scrolls), as well.

Rav Shlomo HaCohen (19th cen., Lithuania, Cheshek Shlomo, Shabbos 120b) disputes Rav Grodnenski’s assumption that a single divine name on an arm is comparable to a prayerbook or Talmud text. Those texts have only a rabbinic prohibition. The name of God has a biblical prohibition and therefore the same status as a Torah scroll. Therefore, Rav Landau’s objection stands and we may not cause any Torah texts to be erased even through gerama, unless it is for the sake of a mitzvah.

IV. What Can Be Done to Torah Newspapers?

We saw above that Rav Spektor gave three reasons for leniency in disposing of pre-publication proofs. 1) They only constitute it sheimos on a rabbinic level. 2) You print them on condition not to sanctify them. 3) You print them for proofreading, not learning Torah. Netziv offers a different reason: 4) You print them with the intent to destroy them.

According to Rav Spektor’s approach, you do not print proofs for learning Torah (#3). This does not apply to Torah newspapers and weekly readers. They are published for the specific intent of learning Torah. According to Netziv’s approach, you print proofs temporarily, with the intent to destroy them (#4). We also publish weekly Torah material with the intent that they will be discarded shortly. According to Netziv, we should be allowed to discard or recycle Torah newspapers while according to Rav Spektor, we should not.

Rav Moshe Feinstein (Iggeros Moshe, Orach Chaim, vol. 4, no. 39) follows Rav Spektor’s approach and allows discarding sacred texts (without God’s name) that are no longer usable. However, as long as they can be used, even if you do not want them, you must bury them. It seems that according to Rav Feinstein, when it comes to Torah newspapers, you may store them until they degrade and cannot be handled any more. Only then, you can discard or recycle them.

Rav Nachum Rabinovitch (Si’ach Nachum, no. 74) and Rav Moshe Sternbuch (Teshuvos Ve-Hanhagos, vol. 1, no. 553) compare Torah newspapers and weekly readers to pre-publication proofs. They seem to follow Netziv’s approach, that publication with the intent to discard removes the prohibition. Additionally, they both argue that while the biblical prohibition is against erasing God’s name, the rabbinic prohibition is only against treating sacred books disrespectfully. If you can erase or destroy them respectfully, then you do not violate the rabbinic prohibition either. Therefore, they suggest you discard them in a garbage or recycling bin where there is no garbage, wrapped respectfully in other paper or a bag. (Rav Sternbuch says that there is room to be strict and bury all sheimos.) Although recall that Rav Landau said that erasure is the ultimate form of disgrace. According to him, any form of recycling would violate the rabbinic prohibition against treating sacred texts disrespectfully.