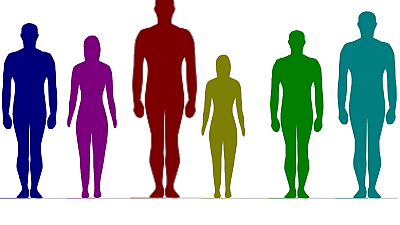 Are Ba’alei Teshuvah Really That Great?

Posted by: Gil Student in From The Hashkafah Files, Magazine, Musings, Posts Nov 13, 20 0

I. Who Is Greater?

Someone who overcomes sin and returns to full observance, a ba’al teshuvah, has utilized for good the greatest human trait — choice, free will. The Gemara (Berakhos 34b) praises a ba’al teshuvah as being even greater than a tzadik. Yet, this statement seems like too much praise. Can a tzadik, someone who does everything right his whole life, hold a lesser status than someone who stumbles and then corrects course? Because of its counterintuitive implications, the passage begs for satisfactory interpretation.

The full passage contains a debate between R. Yochanan and R. Abahu. R. Yochanan says that the prophets described reward and comfort only for those who repented, for ba’alei teshuvah. After all, the prophets came to rebuke the people for their sins. They described the positive results of repenting for those sins. However, the reward for the righteous, for people who never sin, is so great that it is unknown even to the prophets.

R. Abahu disagrees with the underlying concept that tzadikim receive greater reward than ba’alei teshuvah. He says: “In the place where ba’alei teshuvah stand, even complete tzadikim do not stand.”

In a comprehensive article, Prof. Nahum Rakover surveys the different Medieval interpretations of this passage (“Where Penitents Stand, Even the Wholly Righteous Cannot Stand” in R. Ephraim Kanarfogel and R. Moshe Sokolow eds., Between Rashi and Maimonides: Themes in Medieval Jewish Thought, Literature and Exegesis). Briefly, Rambam (Mishneh Torah, Hilkhos Teshuvah 7:4) follows R. Abahu as saying that the ba’al teshuvah receives greater reward. We will discuss Rambam’s theory below. Rabbenu Yonah (Pirkei Avos 3:16) says that this passage refers not to reward but to behavior — a ba’al teshuvah must act in more extreme fashion to overcome his past behavior. Rabbenu Bachya Ibn Pakuda (Chovos Ha-Levavos 7:8) says that the ba’al teshuvah discussed here refers only to someone who committed minor offenses and repented of them. Rav Yitzchak Arama (Akedas Yitzchak, no. 100, and a bit in no. 97), Rav Yisrael Al-Nakawa (Menoras Ha-Ma’or, part 3, teshuvah) and the anonymous Sefer Ha-Yashar (Teshuvah, p. 147) offer multiple other interpretations.

I would like to continue the discussion by exploring interpretations offered in the Renaissance period by the Acharonim of the sixteenth and early seventeenth centuries. During this period, interest in Kabbalah increased greatly, among both Ashkenazim and Sephardim. This was also the period after the expulsion from Spain, when many Jews converted to Christianity and then returned to Judaism after fleeing to safe land. At least some of them sinned willingly to an extent and were considered ba’alei teshuvah.

Some commentators distinguish between different types of people mentioned in the passage. Rav Moshe of Trani (Mabit, 16th cen., Israel; Beis Elokim, Teshuvah, ch. 4) distinguishes between someone who is righteous without any desire to sin and someone who overcomes his desire with minor slips. The latter reaches the highest level. He battles and conquers his desires every day. The debate between R. Yochanan and R. Abahu is regarding the righteous with no desire to sin, no yetzer ha-ra. According to R. Abahu, a ba’al teshuvah who succumbs to his yetzer ha-ra and then defeats it reaches higher than someone with an inherently righteous nature. R. Yochanan sees the natural tzadik as higher and more worthy of reward than the ba’al teshuvah.

Rav Shmuel Eidels (Maharsha, early 17th cen., Poland; Chiddushei Aggadah, Berakhos 34b) takes a different path. He explains that both groups represent righteous people who have not sinned. However, those righteous people who desire to sin, and must overcome that desire, are considered ba’alei teshuvah for repenting from that sinful desire. The complete tzadikim are those who lack the desire to sin. The question is which type of tzadik is better, one with a desire to sin or without (see Rambam, Shemonah Perakim, ch. 6).

A number of thinkers suggest that the two opinions in this passage, R. Yochanan and R. Abahu, actually agree but are merely speaking from different perspectives.

Rav Menachem Azariah (Rama) of Fano (early 17th cen., Italy; Asarah Ma’amaros, Chikur Din 4:1) dedicates a chapter to distinguishing between the completely righteous and ba’alei teshuvah. Each group excels in different areas. Using terminology from Psalms (34:15), Rama of Fano says that tzadikim excel in doing good (aseh tov), which they have done consistently throughout their lives, while ba’alei teshuvah excel in avoiding bad (sur me-ra), which becomes a focus when someone improves their ways. Rama of Fano adds that R. Yochanan who says that the righteous are on a higher level and R. Abahu who says that ba’alei teshuvah are higher agree and are merely discussing different aspects of religious life — doing good and avoid bad.

Rav Yeshayahu Horowitz (Shelah, early 17th cen., Germany-Israel; Shenei Luchos Ha-Beris, Sha’ar Ha-Gadol, s.v. hehin chessin) similarly says that R. Yochanan and R. Abahu agree. Shelah distinguishes between two types of ba’alei teshuvah. Some people change their ways due to fear of divine punishment, yirah. Others improve their ways out of inspiration, positive motivation, love for God, ahavah. The latter is a higher level of repentance (Yoma 86b). Those who repent due to love reach the highest level, greater than that of the righteous. Those who repent due to fear do not reach the level of the righteous.

III. The Power of Teshuvah

Rav Eliyahu Mizrachi (Re’em, 16th cen., Turkey; Responsa, no. 88) was asked whether someone who worshipped a forbidden religion in his youth and later returned to Judaism may serve as an appointed cantor. Presumably he was addressing someone who willingly lived a Christian life and then left to Muslim land where he returned to Judaism. Re’em quotes the Rambam who follows R. Abahu and says that ba’alei teshuvah are greater than tzadikim. Rambam explains that a ba’al teshuvah tasted sin and still refrains, which makes him greater than a tzadik who does not really know what sin is like. Even R. Yochanan who disagrees still believes that a ba’al teshuvah is fully righteous without stain.

Rav Moshe Isserles (Rema, 16th cen., Poland; Toras Ha-Olah, part 3 ch. 47) discusses the seven things that the Sages say were created before the world (Pesachim 54a). Rema suggests that these are really seven rabbinic responses to arguments in favor of the theory that the universe is eternal, listed by Rambam (Moreh Nevukhim 2:14). The fifth argument (as described by Rema, ibid., ch. 42) is that if the universe went from potential to existence, then God initially acted in potential and then changed to act in actuality. If God could have created the universe, he should have always acted in actuality and never in potential. Rambam (ibid., 2:18) answers this fifth argument by explaining that only physical things change from potential to actuality because of external causes and otherwise remain the same. Non-physical things can change without moving between potential and actuality. God’s will decided that potential was right at one point and existence at another time, and this does not reflect a change in God (Rema, ibid., ch. 43).

Rema (ibid., ch. 47) says that repentance demonstrates the power of independent will. Teshuvah occurs purely in the mind, separate from the physical. It is an independent decision that changes the person’s status even before he reflects his repentance in practice. To some degree, changing your mind is divine and therefore repentance shows a human being acting like God. Rema suggests that this is the meaning of the saying that tzadikim cannot stand where ba’alei teshuvah stand. Ba’alei teshuvah utilize this divine element of independent free will.

While some early Acharonim find the simple reading of the passage difficult and therefore distinguish between different kinds of tzadikim or ba’alei teshuvah, others take the text at face value. They see a message about the overriding importance of teshuvah. Repentance involves such a dramatic change that it raises a person even above a complete tzadik. We each can bring ourselves to that level, if we truly choose to rise above our current situations.