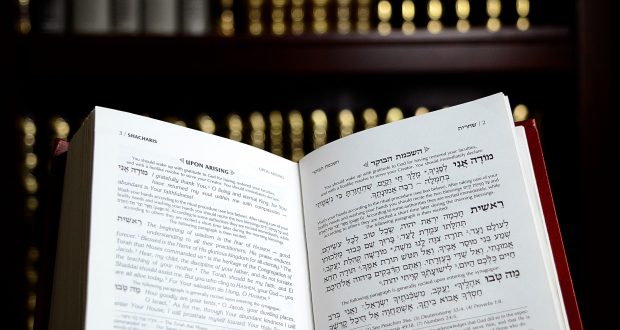 Question: Does Yehiyu L’ratzon (=YL) come before or after Elokai Netzor (=EN) and/or personal requests at the end of Shemoneh Esrei (=SE)?

Answer: The gemara (Berachot 4b) cites R. Yochanan as instructing to recite the pasuk “Hashem sefatai tiftach …” (=HST) (Tehillim 51:17) in the beginning of SE and “Yehiyu l’ratzon …” (ibid. 19:15) at its end. The former asks for divine assistance in davening effectively, and the latter requests that Hashem receive the tefilla favorably. While this was apparently instituted well after Shemoneh Esrei was composed (see Igrot Moshe, Orach Chayim V:24), it, to at least some degree, has become incorporated with SE. The gemara (ibid.) asks why HST does not create a break between “Ga’al Yisrael” and SE and answers that SE with the pasuk has become “similar to a long tefilla.”

To the extent that YL and HST are equivalent bookends, we would expect YL to come right after SE, like HST comes right before SE (note that one may not say “Ki shem Hashem ekra …” after YL– Mishna Berura 111:1). Indeed, some Rishonim (see Beit Yosef, OC 122 in the name of Rabbeinu Yona and the Ra’avad) say that YL should be said right after SE, before any other tachanunim (special requests) are said, and this is how the Shulchan Aruch (OC 122:2) rules.

However, this approach is not clear cut for a few reasons. For one, adding tachanunim to SE is important and connected enough to SE to be permitted even in the midst of SE (Shulchan Aruch, OC 119:1). Actually, Rabbeinu Yona (above) says this is a reason that it is only recommended and not crucial for YL to be before tachanunim, as we see the requests are not totally like moving on from SE  and therefore not a serious break before YL.

Also, the presumed fact that YL is a step in finishing SE may weaken subsequent requests. Additionally, if YL is first, then when do we ask Hashem to accept the tachanunim favorably? The Shulchan Aruch (OC 122:2) answers the latter claim – one may say YL a second time after the tachanunim.

An instructive source is the gemara (Berachot 29b) regarding one who left out Ya’aleh V’yavo. If he is still in the midst of SE, he goes back to R’tzei; if he finished SE, he must go back to the beginning of SE. The gemara says that someone who has finished SE proper but usually recites tachanunim afterward is not considered finished until after the tachanunim. Rabbeinu Yona (ibid.) asks why the gemara doesn’t use YL as the marker of the end of SE and concludes that it is because YL is recited before tachanunim. However, this gemara also can teach us the extent to which tachanunim, when recited, are an integral part of SE. This motivated the Gra (cited by many Acharonim, including Ishei Yisrael 23:208) to conclude that one should not recite YL before tachanunim.

We should point out that tachanunim include two different things in our experience. Although we generally view EN as a set part of the end of SE, this is a misnomer. The gemara (Berachot 16b-17a) cites personal prayers that various Amoraim used to say at the end of their SE. EN happens to be one of them (approximately). This may explain why EN, as well as HST and YL are in singular, as they are personal, as opposed to SE proper which is in plural. Practice has developed to choose EN as standard (albeit not required – see Mishna Berura 122:6) tachanunim. The Aruch Hashulchan (OC 122:8) says that while reciting the prayers of all of the Amoraim would be wrong, separating YL too far from SE, it is appropriate to say one. Alternatively or additionally we can all recite our own personal requests (Shulchan Aruch, OC 119:1). There is not a fundamental difference between the two.

The Aruch Hashulchan also suggests (ibid. 6) that a reason that EN was chosen is that it actually concludes with YL. This brings us to perhaps the most common practice and recommended Acharonim (see Mishna Berura 122:3) practice (although not the only legitimate one – see Darchei Moshe, OC 122:2). One recites YL twice: 1) right after SE; 2) at the end of EN, which anyway is the way the original EN concluded.