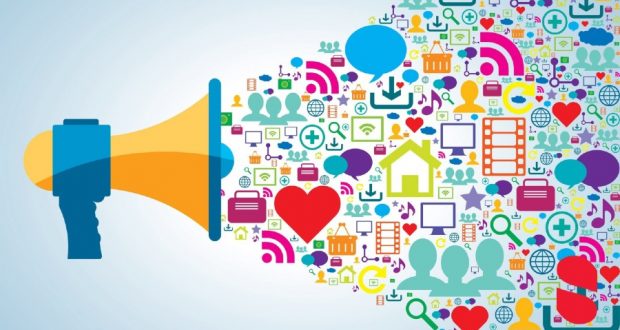 I. Lashon Ha-Ra With Legs

The idea that derogatory speech can go viral — a post, video or message can be forwarded thousands of times — should more than ever bring home to us the severity of our actions, just how much damage we can do with a few words. However, sometimes even this vivid illustration is not enough to stop us from speaking improperly. The potential viral nature of lashon ha-ra raises important questions. How do you repent from improper words that go viral? How do you undo the harm? Who is guilty when an improper message is forwarded, the original speaker or the person forwarding it? Perhaps surprisingly, viral lashon ha-ra has been around for centuries.

The need to observe caution from causing others to repeat damaging words is seen in the last Mishnah in Eduyos (8:7). R. Yehoshua quotes a tradition that when Eliyahu comes (before Mashiach) he is not going to declare any families pure (permissible to marry a regular Jew) or impure. He will only, in this respect, bring closer those who were forcefully distanced and distance those who were forcefully brought close. For example, the politically powerful Bnei Tzion had the family of Beis Tzerifah declared forbidden (i.e. distanced) and Bnei Tzion forced the community to bring close an unnamed forbidden family. Because of Bnei Tzion’s strong-arming the rabbis on threat of death, a good family was besmirched and a family that was halakhically illegitimate was allowed to remain in the community.

Rambam (Commentary, ad loc.) points out: “Notice how the Sages ran away from lashon ha-ra. Even though they knew the two families, they only named the oppressed one. They did not publicize the family that was impure but forcefully returned by Bnei Tzion.” Even though this family was forbidden to marry other Jews, the Sages of the Mishnah did not want to name them in this way because then every person in every generation who learned this Mishnah would declare them impure. Imagine the embarrassment. (See also Tosefos Yom Tov, ad loc.)

In sixteenth century Poland, Rav Shlomo Luria (Maharshal; Yam Shel Shlomo, Bava Kamma 8:48) raised the question of an insult song. Apparently it was not uncommon for someone in a quarrel to write a satirical song, mocking and insulting the other person. If it was a good song, others would sing it and pass it on, moving from city to city. In other words, the song went viral. What does halakhah say about such a song? Maharshal says that there is no explicit discussion in the Talmud but he will extract the relevant messages.

Maharshal quotes the Gemara (Berakhos 31a) which forbids overly rejoicing. Talmidei Rabbeinu Yonah (ad loc.) explain that this refers even to when the Temple is standing, and certainly when it is destroyed. We can rejoice and sing in praise of God but not mundane songs and certainly not crass songs about lust or war. The Gemara (Gittin 7a) asks how we know that singing is forbidden and answers with two verses that serve as possible sources: “Rejoice not, Israel, to the exultation like the nations” (Hos. 9:2), “They do not drink wine with a song” (Isa. 24:9). Rosh (Berakhos 5:1) argues that songs of praise for God, particularly at weddings and festive meals, are allowed. But crass songs are forbidden. From all this, Maharshal concludes that an insult song is forbidden even without considering the insult.

Maharshal adds that an insult violates the prohibition of ona’as devarim (Lev. 25:17; Bava Metzi’a 58b). If the insult contains false information about the opponent, it also constitutes slander, hotza’as shem ra. Maharshal says that if the song contains only true insults, then the originator must apologize and pay a fine to the offended party, as well as repent to God for the violation. But if it contains falsehoods, then he must travel (or send messengers) to every city where the song spread and declare that the song was untrue and part of a quarrel.

Maharshal adds that someone who sings an insult song about a groom at his wedding, such as a badchen crossing the line, needs even greater atonement. Anyone who attends a wedding and fails to rejoice the groom violates “five kolos” (Berakhos 6b). Someone who aggravates the groom with insults sins even more. Presumably the same would be true about someone who makes an insulting toast or speech at a wedding.

III. Who Is To Blame?

Rav Chaim Palaggi (19th cen., Turkey; Tokhachas Chaim, Tzav) saw the phenomenon of an insult song in his time, as well. He quotes Rabbeinu Bachya (Num. 18:2) that among the people who joined Korach, “the princes of the congregation,” were the twelve nesi’im named in the first chapter of Bamidbar. Rabbeinu Bachya notes that for good purposes, they were named. But here where they joined a rebellion, their names were hidden. The Gemara (Kiddushin 81a) says that R. Meir would mock sinners, which led to him almost being led down a bad path. Rather, warns Rav Palaggi, we should never insult anyone at all, since everyone was created in the divine image.

More recently, Rav Yitzchak Zilberstein (Chashukei Chemed, Sanhedrin 67a) was asked about someone (“Reuven”) who recorded “Shimon” slandering a communal functionary and then Reuven played the recording to the entire community. Who is guilty of spreading the slander? Rav Zilberstein concludes that both are guilty. Without Shimon, the speaker, there would be no violation. But Reuven played the recording so he bears the primary guilt.

Perhaps similarly, the composer of an insult song bears guilt every time the song is repeated or, it is uploaded to social media, every time anyone plays the song. He needs to ask forgiveness from the victim and, if necessary, spread far and wide the fact that the song contains false information that was manufactured as part of a quarrel. However, anyone who plays or spreads the song bears primary blame for continuing the harm. Interestingly, Maharshal never says that people in distant cities who sing the insult song must apologize to the victim. It would seem that similarly, people who forward or play an insult song, while guilty of a sin, do not have to apologize to the victim either. That responsibility seems to belong to the originator.