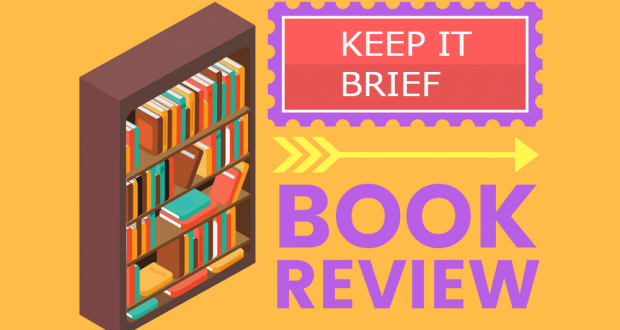 Short Reviews of New Books on the Weekly Torah Portion

Reviews of a few recent books on the Torah portion, each of which I found rewarding in different ways. 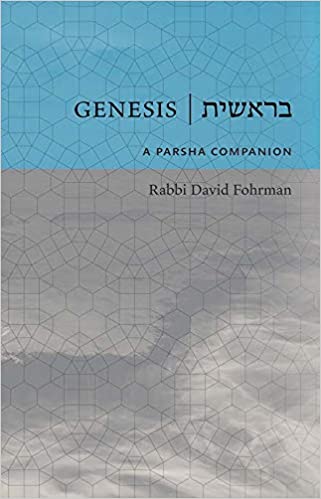 Rabbi David Fohrman is at the forefront of creative Torah teaching. Not only his interpretation are original but also his method of teaching, his use of technology and animation to teach deep religious truths. Rabbi Fohrman’s essays read like a journey, beginning with simple questions that we somehow missed on familiar texts and then deepening the problem with more and more questions. Finally he uses a literary technique, such as placing oneself in the biblical character’s shoes, in order to neatly resolve all the difficulties. A master pedagogue, Rabbi Fohrman draws you into the biblical text and forces you to rethink your understanding of the passage.

This book offers an essay for each Torah portion (two for Vayigash) and makes ample use of colorful fonts and backgrounds to highlight important texts and phrases. I often find myself asking, “Is this peshat?” I am certain that these creative readings offer fruitful study of the biblical text from a highly traditional perspective, despite the almost exclusive focus on the text rather than classical commentaries. However, I suspect that too often literary techniques require assuming a backstory or motivation that is not present in the text. Effectively, we see a brilliant contemporary scholar interpreting the text like one of the ancient Midrashic scholars. Rabbi Fohrman’s essays energize the reader, forcing him to confront the text directly and dig deeper to see what has been hiding in plain sight. 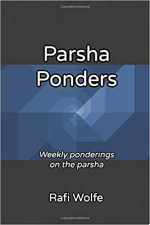 There are two ways to disseminate weekly insights into the Torah portion. Either create your own or popularize those of great scholars throughout the generations. The former provides new material but is very hard to do well because we cannot all be among the great scholars of the generation. The second requires scholarly proficiency rather than greatness. More important than scholarly achievements are abilities to write or speak clearly in an interesting and compelling manner. While the insights might not be new, they probably are new to you, the reader.

Rabbi Rafi Wolfe provides readers classical, Yeshivish Torah insights for enjoyment and retelling. He carefully selects a thoughtful and brilliant insight on each Torah portion from the great scholars of the past whose wisdom continues to resonate today, among them Rav Chaim Shmuelevitz, Rav Moshe Sofer, Rav Meir Simcha Ha-Cohen and many more. The writing is clear and to the point, accessible to the novice while still delighting the accomplished yeshiva graduate yeshiva graduate. Every essay is an off-the-shelf devar Torah, ready for your Shabbos table. The book is a delightful resource of derush from the beis midrash, homiletics from the Torah study hall, representative of a popular contemporary approach to exploring Bible, Talmud and Midrash in connection with the weekly Torah portion. 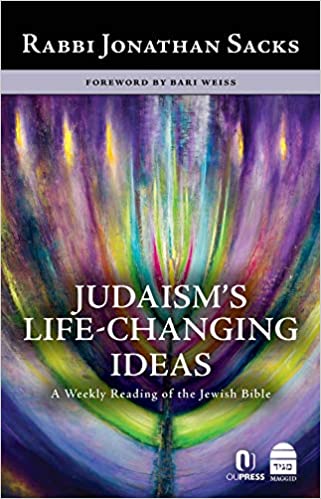 Rabbi Jonathan Sacks wants you to be as inspired by Torah as he is. In his latest book on the weekly Torah portion, Rabbi Sacks uncovers in each weekly portion a life-changing idea. Many people wrongly look to the Torah as solely a how-to book of Jewish law. Rabbi Sacks adds to that another perspective, a how-to book of self-fulfillment and achievement. Weaving together biblical text and commentary with philosophy and sociology, Rabbi Sacks extracts a guide for living a spiritually healthy life from the weekly Torah portion. Perhaps “extract” is too strong a word.

Classical homiletics is an art, building on textual interpretation to impart a contemporary lesson. In many ways, this constitutes reading into the text existing lessons. In other words, the wisdom of the interpreter finds fertile ground in the text. The best homileticists are able to hide their methods, making their message flow from the text through a combination of brilliance and eloquence. Rabbi Sacks ranks among the great sermonizers of our time. Not all of these wise life-changing lessons emerge from the Bible but they are all worthy of attention, as they reflect the wisdom of a life immersed in study of Torah and human interaction. 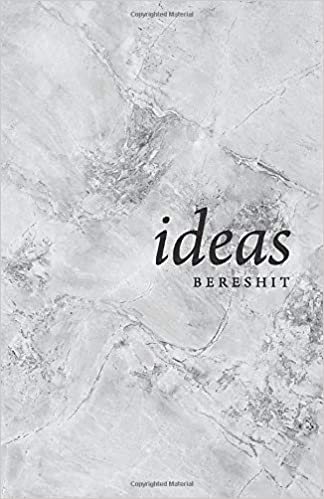 Rationalists need inspiration also. In Ideas: Bereshit, Sina Kahen, a Persian Jew who finds compelling the Spanish tradition, writes exquisite analyses of the weekly Torah portion. He favors philosophical and psychological interpretations, arguing against a dichotomy between rationalism and mysticism. The religious rationalist recognizes and embraces the mystery in life without sacrificing intellectual depth. Heavily influenced by Rabbi Joseph Dweck, Kahen favors strings of quotations from religious and secular sources that form the basis of his interpretation.

True to the book’s title, the author shows the importance of ideas to Judaism. The essays can divided into two main categories. Kahen spends much time arguing methodology, legitimizing the rationalist outlook in Judaism that sometimes seems under siege. The abundance of evidence available does not mute the power of his biblical interpretations. Kahen’s other theme is that a Torah life must be built on the foundational ideas of Judaism, such as an ardent monotheism and love, which plays such a crucial role in religious life. It is rare to find original styles and interpretations. Kahen succeeds in offering something different to the thoughtful student of the weekly Torah portion.