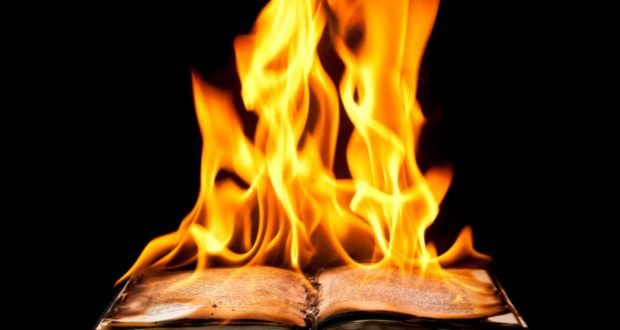 I. Of Making Many Books There Is No End

New technology brings blessings at first but then curses follow. The printing press with movable type, invented around the year 1440 (5200 in the Jewish calendar), made religious texts more affordable and accessible. We see it being used for Torah purposes very quickly. For example, in his Kessef Mishneh, Rav Yosef Karo (born in 1488) refers repeatedly to the surprisingly insightful editor of the recently published edition of Mishneh Torah that he used. What he did not know, and later commentators point out, is that he was using the Maharam Padua’s (Rav Meir Katzenellenbogen) edition and the editorial notes were from one of the leading Torah scholars of the generation. Through the printing press, the insights of a Polish Torah scholar leading a yeshiva in Italy made their way to Rav Yosef Karo in Israel.

But soon the troubles came. Before this invention, books were so expensive that people owned very few, if any. With a wider selection of relatively inexpensive books, the question arose of how to respectfully dispose of old, unusable sacred texts. Today, with the availability of “desktop publishing” that allows easy design and printing of professional quality publications, we are drowning in “sheimos” even more than in the sixteenth and seventeenth centuries. What can we learn from their struggle with this problem?

Rav Yissachar Ber Eilenberg (d. 1623, Moravia; Be’er Sheva, Responsa, no. 43) discussed the new practice of burning worn out prayer books, Talmud texts and commentaries. Even a century after the invention of the printing press, Jews in Europe were overwhelmed with sacred texts. People argued that burning them showed more respect than placing them in storag (genizah), which led to them getting tossed around. Rav Eilenberg ruled that these sacred printed texts may not be burned. Rather, they must be placed in a closed container, like a Torah scroll. However, the practice to burn worn out texts continued.

In 1723, Rav Ya’akov Reischer (Shevus Ya’akov 3:10) offered support to this practice, after seeing how overflowing the community became with worn out sacred books. If not for burning the books, they would end up scattered on the ground in a disrespectful manner. He argues that a communal practice of this nature must have been established by respected Torah scholars. Additionally, we see that the king Shaul committed suicide, an otherwise grave sin, rather than suffer disrespectful treatment in his death (1 Sam. 31:4). So too, argues Rav Reischer, we may burn the sheimos to avoid their disrespectful treatment. Since books overflowing in the attic cause a fire hazard, the risk to life also justifies the disposal of the sacred texts through controlled burning.

In order to maintain respect for the texts being disposed, Rav Reischer recommends burning a small amount at a time in clay or stone vessel and then burying the ashes with a Torah scholar. He only allows this practice when the overflow of sheimos causes an unbearable situation, and never for a Torah scroll which must be buried properly.

Rav Yechezkel Katzenellenbogen corresponded with Rav Reischer on this subject and strongly disagreed with his permission (published in Shevus Ya’akov 3:11 and Knesses Yechezkel 1:37). Rav Katzenellenbogen suggests and then rebuts the idea that printed books lack the same sanctity as a handwritten book. He quotes authorities of the sixteenth and seventeenth centuries who conclude that printed books should be treated with the same respect as old-fashioned, scribe-written books. He also notes that king Shaul committed suicide because he was certain the enemy would kill him and was concerned they might desecrate his body, which would hurt the morale of Israel’s soldiers and lead to further deaths. In order to prevent those deaths, and in the face of his certain imminent death, king Shaul committed suicide. There is no comparison to sacred texts whose desecration, as tragic as that is, will not endanger life.

Rav Chaim Yosef David Azulai (Chida, 18th cen., Israel; Yosef Ometz 16:5) disagrees with Rav Reischer’s attempt to justify the practice he witnessed. A mistaken practice must be discontinued, not buttressed with an unsubstantiated assumption that the practice was established by respected Torah scholars. Chida was not comfortable permitting people to burn Torah texts, even in extenuating circumstances.

Rav Yishma’el Ha-Kohen of Modena (18th cen., Italy; Zera Emes 2:133) quotes many authorities who rule that printed sacred texts must be treated like handwritten texts. However, common practice with which he was familiar was to bury worn out printed texts in bags, not in earthenware containers. He explains that burial in an earthenware vessel only applies to a Torah scroll. In theory, other sacred texts could be buried without any covering. However, doing that would be akin to actively destroying the texts. Therefore, they need some covering even though it will decompose relatively quickly.

The Zera Emes then quotes the debate between Rav Reischer and Rav Katzenellenbogen, siding with the latter. He concludes that you may not burn worn out sacred books. Rather, you must bury them appropriately in a covering.

The problem of too many worn out sacred texts, too many sheimos, is not new. Technology caused this half a millennium ago and continues to exacerbate it. One proposed solution was treating printed books as non-sacred, since they were produced by a machine, not a scribe. This was roundly rejected. Another proposed solution was respectfully burning the books and burying the ashes. While put into practice, and gaining some limited approval from one important authority, this practice was also rejected. We must bury our sacred books in a covering, showing our respect for the sacred word. In the future, I hope to address another proposed solution — recycling sheimos. That requires exploring more recent respond on the subject.