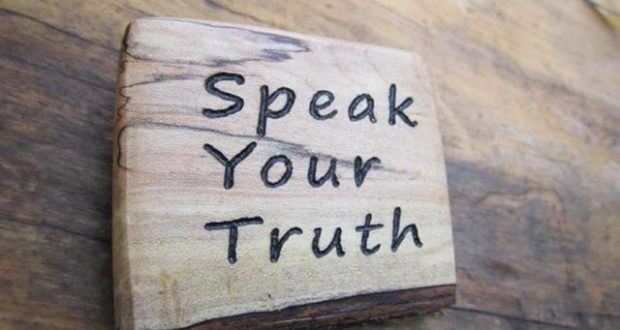 One of the many valuable insights I have retained from reading Soloveitchik On Repentance has been the Rav’s explanation for the necessity of vidui, of saying one’s sins out loud, as part of the penitential process. Aside from its value for guiding our teshuvah, I suggest it gives insight into one way we might consider adjusting our response to the current and continuing et tzarah, the novel coronavirus.

The Rav pointed out the difference between knowing an uncomfortable truth, and saying it out loud. I can fully concede I sinned in x way, internally recognize, regret, and resolve not to return to that sin, yet resist saying it aloud, even with only Gd to hear it. What we say has a quality of realness our thoughts do not, and can therefore embarrass, shame, or depress us in ways our thoughts alone might not.

My own rebbe, R. Ezra Bick of Yeshivat Har Etzion, added a point I also need for my suggestion. His book In His Mercy, about the Thirteen Attributes of Mercy and their role in our liturgy, claims the act of Jews saying the Thirteen Attributes makes them more manifest in the world. He means the point metaphysically, along the lines of the Kotzker Rebbe’s quip that Gd is found wherever we let Him in. What we say can sometimes create a new reality.

Find Your View of Providence

As we consider ourselves this year during the Ten Days of Repentance, I believe I can offer a change we could each make that would help ourselves and help the world, particularly regarding the many troubles we see in the world right now. When the topic of some world trouble comes up in conversation, I propose Orthodox Jews give some voice to their view of Gd’s role in it.

Pause for the proper caveats: fully Orthodox Jews can and do disagree vigorously and across a fairly wide spectrum about how Providence works, including the extent to which human beings can understand why or how Gd acts in this world. There are many systemically valid views, all qualifying as elu va-elu divrei Elokim Hayyim, these and these are the words of the Living Gd. I do not intend here to promote any specific position, other than that Orthodox Judaism believes in some form of Providence, meaning Orthodox Jews approach the world with some sense of Gd’s continuing involvement in events in the world.

The most hyper-rationalist view I know says Gd set up the world to run on its own; little noticed in that view is that it assumes Nature has been embedded with reactions to sin, that when the Jewish people worship powers other than Gd—to use the example of the second paragraph of Shema we say each day—the Land of Israel itself, the skies themselves, will punish it, at some point (I always wonder why that is seen as more rationalistic, to view Nature as sensitive to spiritual states). Those who today point to various events—like raging wildfires in the West—as a consequence of climate change adopt somewhat of a similar position, if only they would recognize sin can do so as well.

But even that position does assume that Gd’s Will, and the extent of people’s actions according with that Will, plays a role in events here on earth. Jews believe in Providence, I am saying, whatever the word means; for the rest of this article, I will assume each reader has such a view. For those who do not, perhaps don’t even realize Orthodoxy necessarily includes a belief in some version of Providence, this time of year is an excellent one to consult your Torah teacher on the issue. My own favorite starter sources on the topic are Rambam’s Laws of Fasts, chapter 1, and the second sha’ar of Rabbenu Yonah’s Sha’arei Teshuvah, which I am currently summarizing for TorahMusings.

Now that we are clearer on what we accept as the way Gd interacts with and runs the world, I suggest we be more vocal—to ourselves, amongst ourselves, and, where possible and reasonable, to others as well—in articulating that view wherever we can. Many of the professional Jews among us already cast the challenges of this past year, the worries about the coming year, as a matter of our relationship with Gd, remind us we need to make that relationship also a factor in our struggles with the challenges of the times.

I hope the rest of us make sure to do so as well. Each time the coronavirus comes up (as it does in almost every conversation I have), think, and say, wherever possible, something about the Gd element of it. It could be “Gd willing, Gd will send the scientists the correct idea for how to make a vaccine,” or “Gd willing, we will change our ways to allow the earth to get back to spiritual balance,” or whatever works for you.

Because while I know of a wide range of views on how Providence works, they all agree that earth-wide and earth-changing events have some roots in Providence, however we conceive of it. More, this is a year when I have heard not particularly religious people, Jewish and not, speak of the “biblical” plagues we are experiencing, their choice of words. As I write, the United States is suffering from a strong hurricane season in the southeast, raging wildfires in the west, and a continuing rising death toll from Covid 19.

So as we approach Gd this Rosh HaShanah and Yom Kippur, as we wish each other a ketivah ve-hatimah tovah, as we hope we are all written in the Book of Life—whatever we mean by that—here is what seems to me one good step to earning or meriting it: speak more about Gd and Gd’s role in the world, at a time when it is more open than usual.

Nonetheless, with all the ways we can go wrong in speaking about Gd and Gd’s role, I believe the first step is already a great advance: if more Jews, Orthodox and not, nay, more people, were saying, this is coming from Gd, in some way, is some kind of a wake up call from the Creator, and then did their best to understand their own flaws and what they might be doing to have created the need for such a strong reaction, I think we’d all be better off. I stress again that we would look at ourselves, because looking at others is too easy, is unlikely to produce change in those others, and has a self-confidence bordering on arrogance.

We might come up with different reasons, it’s true. But in the world as I experience it today, if more of us guided our thinking along those lines—this is coming from Gd, Gd is calling me and us to change, what are the changes we understand to be the ones Gd wants of us?—we would all be better off.

That’s what we want this time of year, isn’t it? To be better off. Start by doing what earned our forefather Abraham his place in history, recognizing the Creator, seeing the Creator’s role in this world, and building a life the Creator would want, taking repeat guidance from Gd on where he needed to change and grow, and speaking about it at every opportunity that arises.

Then, we can more honestly think we’re on the road to being written in the Book of Life.

2020-09-18
Gidon Rothstein
Previous: The Later Rishonim of England and Provence
Next: Daily Reyd