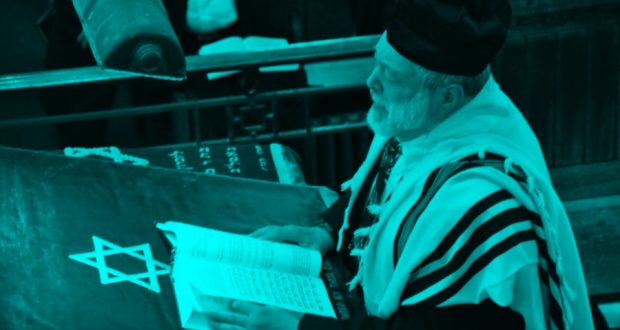 Rabbinic literature is full of rabbis complaining about chazzanim (cantors) who sing too much, whether to enhance the prayers from their perspective or to show off their voices. Sometimes chazzanim sing the words at a steady pace. Other times they lengthen words in tune or sing tunes in between words. There is a practical difference between these different practices. What do you do if you don’t enjoy the singing? A great 15th century rabbi offers surprising advice. I saw an overlooked source, published only relatively recently from manuscript, that takes it even further.

Rav Yosef Karo (Shulchan Arukh, Orach Chaim 53:11) expresses the overall concern: “A chazzan who lengthens his prayer so people hear his pleasant voice, if it is because he is happy in his heart for praising God pleasantly, he should be blessed… But if he intends to show off his voice and enjoy his voice, this is disgusting. Either way, whoever lengthens his prayer is not doing good because of the burden on the congregation.” Some chazzanim sing to show off, which is bad. Some sing out of joy for prayer, which is good in theory but bad because when the chazzan takes too long, he burdens everyone else.

II. Learning From A Sefer

Boring a congregation is disrespectful but also causes talking and possibly eating and drinking. Rav Ya’akov Moelin (Maharil, 15th cen., Germany; Sefer Maharil, Hilkhos Tefillah) found a solution for his own boredom. He would bring with him to shul a copy of the Tur, from which he would learn if the chazzan took too long, including during Kaddish and Kedushah. In other words, if the chazzan shleps, learn Torah from a sefer, a book.

Rav Avraham Horowitz (16th cen., Prague), father of the famous author of the Shelah, published a sefer titled Yesh Nochalin. In the section on prayer, Rav Horowitz emphasizes the importance of learning Torah in shul. He recommends keeping a Tur or Mishnah handy in shul so that when the chazzan sings Kaddish, Kedushah, “Ana,” “Hodu,” or anything else that chazzanim tend to sing at length, you can learn Torah at that time. He cautions to only learn Torah non-verbally, by reading and not saying the words out loud, because saying words unrelated to the prayer would be considered an interruption. However, if at this time you learn Torah by reading, then you have prayer and Torah in the same place. This is a beautiful combination as long as you are careful not to allow this to detract from your prayer.

Rav Avraham Horowitz’s son, Rav Ya’akov Horowitz, brother of the Shelah, published notes (hagahos) to his father’s Yesh Nochalin. In his note 14 to the above passage, Rav Ya’akov adds an important caveat. He says that you may only learn Torah when the chazzan songs a wordless melody. However, when the chazzan says the words of the prayer (Kaddish, Kedushah, etc.), the congregation must listen carefully. Rav Ya’akov limits the essential text of Kedushah so that you may learn during any Shabbos (and presumably Yom Tov) additions to Kedushah. Significantly, Rav Avraham Gombiner (17th cen., Poland; Magen Avraham 125:1) quotes Rav Ya’akov Horowitz’s note.

Through the Magen Avraham’s citation, this note gained widespread awareness and acceptance. Mishnah Berurah (125:1) expands the permission somewhat. Since many have adopted the custom to recite the entire Kedushah before the chazzan, rather than leave certain parts for only the chazzan to say, according to Mishnah Berurah you may learn from a sefer when the chazzan sings even the words within those passages. Mishnah Berurah even suggests that according to some opinions, the passages beginning with the words “Yimlokh,” “Le-umasam,” and “U-ve-divrei” are not essential parts of Kedushah. If so, you would be allowed to learn when the chazzan sings those passages also.

More recently, Rav Yitzchak Fuchs (contemp., Israel; Tefillah Ke-Hilkhasah 13:61) follows Mishnah Berurah. In contrast, Rav Simcha Rabinowitz (cont., Israel; Piskei Teshuvos, ch. 125 notes 19-20), who lives in the Chasidic community where song is valued as a part of prayer, steps back a bit from Mishnah Berurah’s ruling and encourages people to sing along with the chazzan. My personal preference is to follow the practice of the Maharil and learn from a sefer whenever the chazzan shleps.

I saw that Rav Yehoshua Falk (Sema, 17th cen., Poland) received a copy of Yesh Nochalin from Rav Ya’akov Horowitz. Rav Falk wrote a letter to the younger Rav Horowitz with comments on the publication. This letter remained in manuscript until its publication in a memorial volume in the twentieth century. It was included in Asifas Ha-Ge’onim He-Chadash, published by Zichron Aharon Publications in 2010 (Responsa Sema, no. 20). Rav Falk disagrees with Rav Ya’akov Horowitz’s limitation of learning only when the chazzan sings a wordless melody. There is no mention in Sefer Maharil of this limitation. Rather, Rav Falk suggests that you only have to listen to the beginning of each word. If the chazzan sings the word at length, as chazzanim sometimes do, you are free to learn Torah silently until the next word. If we extend Rav Falk’s responsum like Mishnah Berurah extends the gloss to Yesh Nochalin, you can learn Torah during all the non-essential parts of Kedushah and even during the essential parts, if you pay attention to the beginning of each word.

However, this responsum was lost to history and has not (yet?) made it into normative halakhic literature.