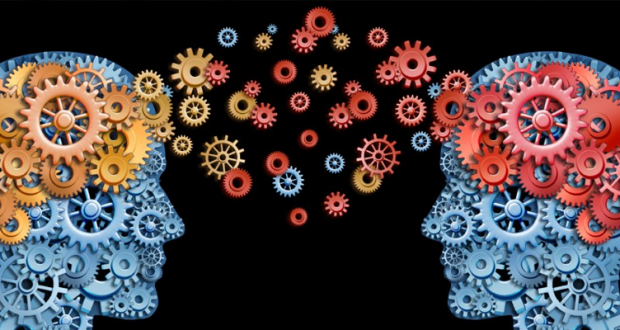 Must We Prove That God Exists?

In the past, we have discussed at length a number of suggested proofs, or arguments, for God’s existence. There is one more approach that I would like to explore.

Rene Descartes started modern philosophy on its path by developing the methodology of radical skepticism. He devised a method of blank slate philosophy in which he starts fresh and inspects every assumption and every claim, beginning famously with how he knows that he exists (he thinks, therefore he is). He could deduce that other beings exist, even other people, but how could he know that those people have souls like him? As I understand it, Descartes answers (Discourse on the Method of Rightly Conducting One’s Reason and of Seeking Truth in the Sciences, part V) that since other people talk like him and not like animals, they have souls like him and not like animals. John Stuart Mill (An Examination of Sir William Hamilton’s Philosophy, 1889 edition, p. 243) explains similarly as follows:

“By what evidence do I know, or by what considerations am I led to believe, that there exist other sentient creatures; that the walking and speaking figures which I see and hear, have sensations and thoughts, or in other words possess Minds?… I conclude that other human being have feelings like me because, first, they have bodies like me, which I know, in my own case, to be the antecedent condition of feelings; and because, secondly, they exhibit the acts, and the outward signs, which in my own case I know by experience to be caused by feelings. I am conscious in myself of a series of facts connected by an uniform sequence, of which the beginning is modifications of my body, the middle is feelings, the end is outward demeanour. In the case of other human beings I have the evidence of my senses for the first and last links of the series, but not for the intermediate link. I find, however, that the sequence between the first and last is as regular and constant in those other cases as it is in mine. In my own case I know that the first link produces the last through the intermediate link, and could not produce it without. Experience, therefore, obliges me to conclude that there must be an intermediate link…”

In a 1967 book, Alvin Plantinga (God and Other Minds: A Study of the Rational Justification of Belief in God, chs. 8-10) argues that this approach fails to justify belief in the existence of other minds. Plantinga submits the claim to rigorous logical criticism but the main point can be understood intuitively. This deduction by analogy is not air tight because you do not have sufficient evidence that the fact that something acts like it has feelings or like it experiences pain means that it actually has feelings and experiences pain. Plantinga explores other possible answers to the problem of other minds and various objections to the deduction by analogy, rejecting all those that he examines.

Plantinga concludes that there is no good justification for believing that other minds exist, and yet we believe so. While he does not say this, it is crazy to fail to believe that other people have minds. Therefore, it is perfectly rational to maintain certain beliefs that cannot be proven. If you can rationally believe in other minds, Plantinga argues, then you can rationally believe in God. In later works, Plantinga explores what he calls “warrant” for belief, or the process by which a belief produces knowledge. He argues that when a person’s faculties function properly, i.e. as intended, and in a proper context, then a basic belief — independent of any other beliefs — constitutes knowledge. Therefore, those who intuitively believe in God can be said to know that God exists.

This does not mean that every warranted belief is true. It means that the belief can be classified as knowledge reached with properly functioning faculties. Sometimes our eyes deceive us, even when they are functioning properly in the appropriate environment, and we misinterpret something we see. But we are still warranted to believe what we see.

Similarly, a belief in God or anything else that is warranted might be wrong. You still have to respond to objections about your belief, such as the existence of evil. However, in terms of legitimately accepting the belief, you have rational justification for believing in God — for knowing that God exists — just like you have rational justification for knowing that other people have minds. No more proof is necessary.

Plantinga even claims that proofs for God’s existence generally are not the true source of belief in God. People come to that belief through the proper functioning of their faculties and the proofs, if not superfluous, at least do not convince most people to change their beliefs.

In Orthodox Judaism, Rav Joseph B. Soloveitchik published the most famous dismissal of proofs of God’s existence (Lonely Man of Faith, p. 52):

“Does the loving bride in the embrace of her beloved ask for proof that he is alive and real? Must the prayerful soul clinging in passionate love and ecstasy to her Beloved demonstrate that He exists? So asked Soren Kierkegaard sarcastically when told that Anselm of Canterbury, the father of the very abstract and complex ontological proof, spent many days in prayer and supplication that he be presented with rational evidence of the existence of God.”

Rav Soloveitchik dismisses the need for proofs of someone whose existence you experience. And yet, elsewhere he seems to provide an argument for God’s existence (And From There You Shall Seek, p. 12):

“If there is a world, if anything at all is real… then there is a God who is the foundation and origin of everything that exists. If there is a self, if man exists — and this, too, all human beings know with certainty — then there is a living personal God who fills the consciousness of the self. It is impossible to think, to speak, to discuss the reality of the world and the reality of man without living and sensing the source of being…”

But neither Rav Soloveitchik’s statement nor, in his view, that of Maimonides constitute proofs for God’s existence. Rav Soloveitchik explains (ibid, n. 4): “This knowledge is not based on logical inference, but is, rather, immediate: the knowledge of reality as divine reality, the awareness of the creation as something separated from the bosom of the Infinite.” In Rav Soloveitchik’s view, while Maimonides offers logical proofs of God’s existence, “the essence of his view is nevertheless that this knowledge is based on the immediate ontological cognition that there is no reality but God.” [1]See also Shubert Spero, Aspects of Rabbi Joseph B. Soloveitchik’s Philosophy of Judaism: An Analytic Approach, ch. 6.

Rav Soloveitchik sees knowledge of God as arising from primary experience, from foundational thinking. The very essence of a person’s activity, his experiences of reality and the world, emerge from a basic belief in God. While not proof of God, this belief is foundational and therefore constitutes knowledge even without proof.