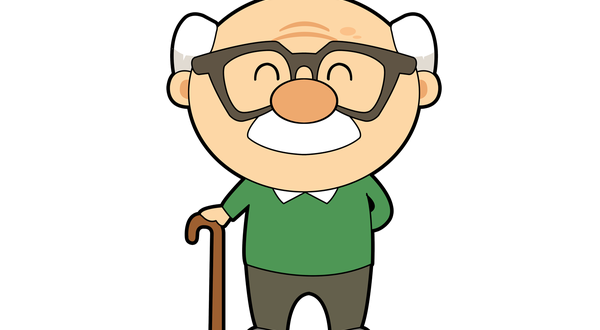 Grandparents are connections to our past. They are two steps closer to Sinai, a chain in the transmission of Torah. They help raise us and teach us. Not only did they hold us as babies but they held our parent, as well.

Grandparents fulfill a unique mitzvah by teaching their descendants Torah. The Gemara (Kiddushin 30a) offers someone named Zevulun ben Dan as an example of the highest level of parental Torah teaching. His grandfather taught him the entire Torah — Bible, Mishnah, Gemara, Halakhah and Aggadah. The Gemara continues that whoever teaches his grandson Torah makes it as if the child received the Torah from Sinai. This is based on the following verses. Right after the Torah says, “And make them known to your children and your children’s children” (Deut. 4:9), which Rashi (ad loc.) explains refers to the commandments, the text continues with “the day that you stood before the Lord your God at Chorev” (ibid., 9). 1)See Maharsha (Chidushei Aggados, ad loc.) for more on the derivation from these verses.

Maharshal (Yam Shel Shlomo, Kiddushin 1:58) concludes that a grandfather is obligated to pay for a tutor for his grandson, if that child otherwise will not learn Torah. Rav Yosef Karo (Kessef Mishneh, Hilkhos Talmud Torah 1:2) questions whether this applies only to a son’s son or also to a daughter’s son. Since a daughter is only obligated to learn Torah in order to fulfill it, rather than as an abstract, all-inclusive obligation, perhaps a daughter’s son cannot be more of an obligation than the daughter. Shakh (Yoreh De’ah 245:1) believes that a grandfather has a unique obligation to all grandsons, regardless of whether they are the son of a daughter or son.

The Ten Commandments require children to respect their parents. What about grandparents? The Gemara (Makkos 12a) contrasts two teachings about a man who kills his son by accident. According to one teaching, another son becomes the go’el ha-dam, the avenging relative who may kill the murderer if he fails to reach a city of refuge. According to another teaching, a son cannot become a go’el ha-dam for his father, since he is forbidden to hit his father. The Gemara answers that the teaching permitting it refers to a grandson, who may avenge his father’s death even if the accidental murderer was his grandfather. Rashi (ad loc., sv. h”g ela) explains that a grandson is not obligated to respect his grandfather and therefore may hit and even kill him, when otherwise permitted. Based on this, Maharik (no. 44) concludes that a grandson is not obligated to honor his grandfather (any more than he is obligated to honor everyone).

However, elsewhere the Gemara (Sotah 49a) tells the story of Rav Acha bar Ya’akov who raised his grandson, Rav Ya’akov. One time, Rav Acha asked Rav Ya’akov to bring him water and Rav Ya’akov refused, saying, “I’m not your son.” Rashi (ad loc., sv. bar) explains that a grandson does not have to honor his grandfather like a son has to honor his father. Many commentaries and authorities deduce from Rashi’s wording that a grandson has a unique obligation to respect his grandfather but it is less than the obligation a son has to his father (e.g. Minchas Elazar 3:33). Rema (Yoreh De’ah 240:24) rules this way.

Rashi’s comment regarding the go’el ha-dam can be interpreted similarly, as meaning that a grandson must respect his grandfather, but not like his father. Taz (Yoreh De’ah 240:20) points out that Rashi offers a similar interpretation in his commentary to the Torah (Gen. 46:1). Ya’akov offered sacrifices to the God of his father, Yitzchak. Rashi says that Ya’akov specifically mentioned only Yitzchak, and not Avraham, because a person is obligated to honor his father more than his grandfather.

III. Not a Father

The above story about Rav Acha asking his grandson to get him water is strange. Why would Rav Ya’akov respond disrespectfully to the grandfather who raised him? Perhaps this story teaches us the answer to a broader question: why shouldn’t a person be obligated to honor his grandfather like his father?

Rav Ya’akov wasn’t displaying disrespect and ingratitude to his grandfather, Rav Acha bar Ya’akov. He was teaching a fundamental lesson, certainly expressed in a context of love. A basic message that grandparents sometimes forget is that a grandparent is not a parent. A person has many relationships that require varying degrees of respect. Someone who raises you or teaches you or otherwise showers you in goodness deserves your gratitude and respect. However, the bond between a parent and child surpasses all other human relationships (except perhaps your spouse). Typically, grandparents give to their grandchildren, offering guidance and wisdom but serving more as benefactor than enforcer. Parents give plenty but also discipline. We look to God as our father, who gives us so much but punishes us when we break the rules. Confusion about the parental role, parenting like grandparents without strong discipline, can lead to confusion about God, expecting only divine blessing and resentment over punishment.

Our obligations to our grandparents are real. However, they cannot compare to our obligations to our parents, who brought us into this world. In some ways, parents serve as God’s representative in a young child’s life, albeit not always successfully. Even when a grandfather has to fill the void of a lost or incapacitated father, as with the teaching of Torah mentioned above and other laws (e.g. circumcision), he does not become the parent. The biological and spiritual bond of a parent and child is not merely greater than all other relationships but qualitatively different. The grandfather is treated differently, not because he does not deserve respect but because a parent deserves a unique level of respect.