The Torah frequently refers to gods other nations worshipped as eloheihem, a word the Torah also uses for the Creator, similar to adonai, a word whose secular version means my masters but can refer to the Master of the Universe. Biblical Hebrew has no problem with a word being related to the divine in some contexts, the mundane in others.

Twice in our parsha, 7;16 and 25, Onkelos translates eloheihem as ta’avatehon. I checked ArtScroll in Bereshit and Shemot (here we are at Ekev, and I still have not received my ArtScroll Onkelos; they make each parsha available online free while we’re waiting, but too late for me to write these essays. The burdens I bear…), and they translate ta’avatehon as false gods.

I stress my deficiencies as a translator, but they do not tell us how this word means that (and, as far as I can tell, Onkelos uses ta’avat only for false gods). It strikes me also because Onkelos could have written elahahon, using the same word as when it refers to Gd although not meaning it as a matter of divinity, exactly as the Torah itself did. Onkelos is being “frummer” than the Torah.

Ta’avatehon seems to me related to ta’ut, erroneous. I suspect Onkelos saw value in stressing, each time it came up, how much of an error those other nations made with their worship. Our times show us how easy it is to slip into a pluralism that ignores the distinction between true and false, that values everybody’s decisions of worship equally.

Onkelos denied forms of worship other than Gd even the name, capitalized or not. We should only think of what others worship as “their mistake.”

The Torah prohibits bringing items of such erroneous worship into one’s home, 7;26, calling them a to’evah, usually translated as abomination, then commanding shaketz te-shaketzenu, ta’ev te-ta’avenu, treat them as abhorrent and abominable (Sefaria).

Onkelos translates to’evah here as di-mrahak, that from which we must distance. When the verse doubles the order to treat it as to’evah, he writes rahaka te-rahakinei, surely distance yourselves from it. Onkelos does know an Aramaic word to’evta, as he translates Vayikra 18;22’s rejection of homosexual relations as to’evah.

The choice of rahak is a choice, I think to emphasize the Torah here wants more than an attitude of seeing it as an abomination, commands us to give practice effect to our attitude towards idolatry and other wrongful worships. With other to’evot, all we need do is avoid engaging them; worship of any power other than HKBH necessitates active distancing, including refusing to bring such items into our homes. (With sexual improprieties, the Torah obligates us not to come close in addition to not committing the actual sin, a different discussion.)

Prayer, the Only Way to Stop Gd

Moshe’s retelling of the story of the Golden Calf quotes Gd as telling Moshe heref mimeni, leave Me alone, and I will destroy them. Moshe obviously caught the implication, knew he wasn’t supposed to leave Gd alone, as it were, and he successfully secured mercy and reprieve.

Onkelos translates heref mimeni as anah ba’utakh, stop your prayer. Onkelos makes it sound like Moshe was already praying, where Rashi, Shemot 32;10, took Gd’s words as an indication to pray. I notice the point because I have long believed Gd was giving Moshe permission—without an invitation, I do not see how Moshe would have thought he had any right to venture thoughts on Gd’s calculus (to me, it explains why Avraham prayed for Sodom but said nothing when told to take Yitzhak to sacrifice him; on the former occasion, Gd initiated a conversation, inviting a reaction. With the Akedah, Gd issued an edict, obedience the only proper response.)

I think Onkelos also implies the only way to “stop” Gd is by prayer, otherwise his move from heref mimeni, leave Me alone, to “stop praying” jumps without explanation. For Onkelos, I think, we hang onto Gd, as it were, stop Gd from some course of action, through prayer.

The Inheritance of the Levites

After the sin and the writing of new Tablets, Moshe mentions Gd’s having given the Levites a new role, to carry the Aron, serve Gd, and give blessings in Gd’s Name. For that reason, 10;9 tells us, the tribe had no share in the Land, Hashem Hu nahalato, literally Gd is his (the tribe’s) inheritance. We who have been working through Onkelos together know he could not tolerate such a physical version of Gd, and indeed he writes matenan de-yahav lei Hashem, the gifts Gd has given them (meaning, terumah and more for kohanim, the ma’aser for Levi’im). Nonliteral, it shouldn’t be surprising, as all the commentators I saw agree it’s what the verse means.

Siftei Hakhamim, a supercommentary on Rashi, explains that’s the way to read it because the beginning of the verse had referred to their having no helek. I notice his certainty the point of a share in the Land is growing food, so certain no other option comes to his mind, despite the truth not all the tribes were farmers, so their share in the Land was not in fact about providing sustenance. Yet we are sure the replacement for land for Levi’im was another way to be fed.

I could have imagined reading Hashem hu nahalato to mean Hashem found them places to live, in the cities the other tribes had to give to the Levi’im. Everyone agrees with Onkelos, so I’m not saying my option is possible, I’m saying we should notice the consensus about the Land as a place to secure support.

After his summary of events at Sinai, Moshe turns to mah Hashem sho’el me-imakh, what does Hashem ask of you, 10;12. Onkelos translates sho’el, ask, as tava, a word he more commonly uses for darash, to demand or investigate, although also sometimes for mevakesh, request (see Shemot 33;7, Vayikra 10;16, and Devarim 17;4 for some examples).

As always, Onkelos does not explain his reasoning, and I do not have the ArtScroll to compare my ideas to the ones they collect. I think the verse told Onkelos Gd was doing more than asking, because Moshe says Gd asks the people to fear Gd, walk in all His ways, love Gd, and serve Gd with all their hearts and souls. That’s more than a big ask, that’s a set of demands, I think Onkelos understood.

A lot about Gd, in the comments of Onkelos to Ekev, how to react to false gods, how to stop Gd from destroying us, when Gd gives inheritances and support, and when Gd asks or demands behavior of Jews. 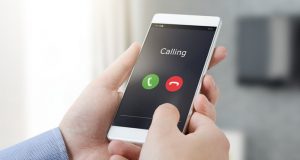