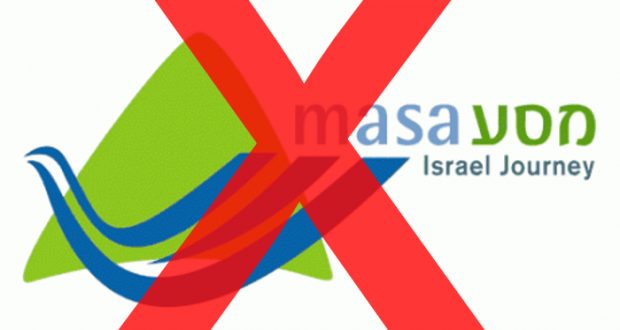 Nobody likes budget cuts. Delivering the bad news is painful, and obviously being on the receiving end can be devastating. The COVID-19 pandemic has caused many organizations to reduce their spending.  MASA Israel, a partnership between the Israeli government and the Jewish Agency to support long term Israel experience, is not immune to these realities. How an organization chooses to implement its spending reductions delivers a message about the institution’s core values. MASA’s decision to target its Judaic Studies track for cuts highlights its secular bias.

Since its founding, MASA has worked to not only strengthen Jewish identity by making trips to Israel easier, but it also promoted Jewish unity by developing programs that brought Jews from numerous denominations together. It supported students who attended Gap Year programs which primarily focused on travelling throughout Israel and experiencing its history and diversity. At the same time, their designated Jewish Studies track enabled students to study in yeshivot and midrashot.

Until now, all participants in MASA’s Judaic Studies track received a grant and were eligible for larger need-based scholarships. Participants in MASA’s other tracks (Gap Year, Academic, Career) receive a higher automatic grant and the amount of the grant changes depending on country of origin. The maximum scholarships allotment is solely dependent on country of origin.

Gap Year students from the US and UK will continue to receive their $800 grant and scholarships as before.

With a tuition of at least $25,000 plus airfare, a family that can only pay $10,000 receives the largest scholarship allotment from the chosen yeshiva or midrasha. These institutions also have limited funds and many yeshivot/midrashot have a maximum per student allotment. In essence, the MASA funds enable students to bridge the gap between the scholarship allotted by the yeshiva/midrasha and their tuition obligation. Synagogues, federations, NCSY and other organizations help as well.

Orthodox students and families will be the primary ones hurt by these MASA cuts, many of whom are already struggling with the economic downturn. Some will no longer be able to afford the year of study. Some yeshivot/midrashot will be able to extend themselves a bit more to accommodate this shortfall, but others have already reached their capacity. The vast majority of institutions will weather these cuts, though with fewer students.

MASA had other options on the table. The most obvious one would be to reduce the automatic grant given to all students. For enrollees from some countries like South Africa, MASA provides an automatic grant of $7000. MASA grants are even given to a student whose family’s annual income is $1 million. All grants remain intact for MASA’s other tracks. Given the economic downturn, it would seem that the least painful cut would be these automatic grants in favor of a needs-based approach.

A contrast to MASA is the Marriott hotel chain which needed to furlough thousands of employees. It explained how everyone, including its CEO, would take a reduction in salary. In fact, though he was still working, the Marriott CEO dramatically cut his own compensation to enable more lower wage employees to continue to receive their salaries. The Marriott’s message to their employees and the outside world is one of care and loyalty. Yes, there is pain, but we will share it in a way that causes the least hardship.

In explaining the MASA decision, Ofer Gutman, acting CEO of MASA, states that “we had to make difficult choices that advanced our strategic priorities.”

These “strategic priorities” disproportionately affect Orthodox students. MASA states that “demand for Masa programs [from overseas] is increasing” and that they have received 7000 applications for next year.  (This larger than normal application pool is hard to square with MASA’s homepage statistic of 160,000 total participants in the 16 years since 2004.)

The yeshiva/midrasha cohort is close to half of the 7000 students. To enable half of its enrollees to receive the same funding as before, MASA is entirely cutting off the other half. The Orthodox half.

The yeshivot and midrashot in MASA’s Judaic Studies track have students who make aliyah, join the army or Sheirut Leumi, and attend university in Israel. In some yeshivot/midrashot, this can be as high as 20% of the students. Those that return home to attend university are their campus’s Israel advocacy leaders. Aliyah leadership and Israel advocacy leadership seems to fit perfectly with MASA’s vision, and yet MASA is shrinking this cohort.

MASA’s “strategic priorities” stem from a narrow secular vision for Jewish identity; one that emphasizes the land of Israel. This view rejects the Bible and other Jewish texts as central to Jewish identity. Herzl and Ben Gurion would disagree. This is why MASA will continue to fund the non-Orthodox students even if they don’t need the money while abandoning the Orthodox students who do.

The discriminatory message that MASA gave out was heard by the Orthodox community loud and clear. MASA’s “strategic priorities” are not Jewish Studies or Orthodox Jews. MASA has thrown off its Jewish unity mantle. In the short term, it is the Orthodox students that will suffer. For the long term, MASA has lost its credibility to promote Jewish peoplehood.

Rabbi Rafi Eis is a Ra"m at Midreshet Lindenbaum and is the Director of Educational Programs at The Herzl Institute. 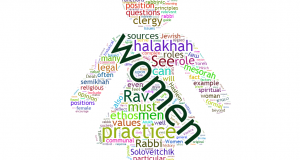 Women Rabbis: Jewish Unity and the Limits of Autonomy 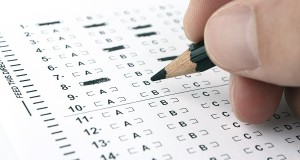