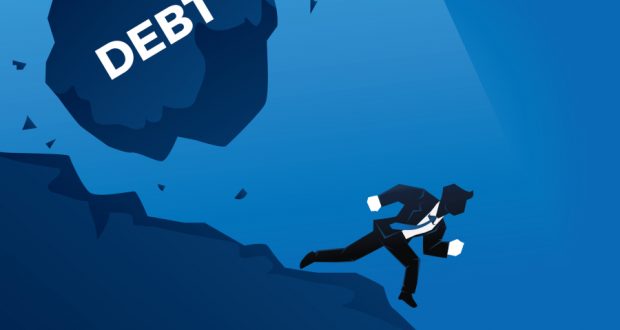 Giving Ma’aser In the Modern Economy

I. How Much Charity?

The Torah obligates every Jew to give charity of at least one-third of a shekel (less than $10) a year and optimally a tenth or fifth of income, but the details surrounding this obligation might have surprising consequences in the modern economy, when people regularly owe money on mortgages and school debt. Even someone poor who collects charity must still give this minimal amount of one-third of a shekel (Kesubos 67b). Standard practice — either through force of custom or law — is to give ma’aser, a tithe, one-tenth — initially of your assets and then of all subsequent income (Shulchan Arukh, Yoreh De’ah 249:1). This is the minimum annual charity for people who are not themselves poor, with an optional maximum set at one-fifth of assets/income.

The one-fifth limit comes from the Gemara (Kesubos 50a) which says that the Sages instituted a rule that no one should pay more than a fifth of their assets to perform a mitzvah. You might think that this means you have to give one-fifth of your assets for each mitzvah, every time someone poor comes to you for charity. But if that was the case, you would quickly give away almost all your money. After the first person, you would have 80% remaining. Then 64%, etc. By the time you give charity to the tenth person, you would have less than 11% of your original assets. Rather, the first time you give up to one-fifth of your assets and after that up to one-fifth of your income (Shulchan Arukh, ibid.).

Halakhic authorities debate whether the one-fifth is optional even when there are poor people who need charitable funds beyond your ma’aser contribution. According to one line of thought, there are always needy people and you have the leeway to determine exactly how much to give, whether one-tenth or more up to one-fifth. According to the other view, you always have to give to charity but when people are desperate, you have to stretch yourself all the way to one-fifth.

Rambam (Commentary to Pe’ah 1:1) writes that the Talmud Yerushalmi seems to say that you are obligated to give one-fifth to charity while the Talmud Bavli sets one-fifth as the maximum allowed, not the requirement. Rambam explains that when there are needy people, you must give one-fifth. When there aren’t needy people and you need to search for places to give your charity, you only need to give one-tenth with an option to give more up to one-fifth. This follows the first opinion mentioned above.

Rav Yisrael Meir Kagan (20th cen., Poland; Ahavas Chesed, part 2, 19:4*) suggests that Rambam remained consistent. In his Mishnah commentary, Rambam was speaking about someone who can afford to give one-fifth of his income or even more. In Mishneh Torah, Rambam was speaking about someone who cannot afford to give as much and therefore is not obligated to give one-fifth. However, in general you are obligated to give one-fifth of your income if there are poor people in your city. Rav Kagan thinks this is the normative rule, although he struggles with many contradictory, authoritative texts (see also his Nichei Yisrael, ch. 19.) If so, ma’aser effectively is null and one-fifth (chomesh) is the operative obligation today when pockets of poverty abound in this wealthy country. (There is also debate whether someone very wealthy can give more than one-fifth of his income if he faces no danger of becoming poor due to the charity. See Ahavas Chesed 2:20:1; Iggeros Moshe, Yoreh De’ah 1:143.)

III. Who Can Afford It?

When thinking of whether there is any obligation of ma’aser, a lot depends on what you are able to give. Rav Moshe Isserles (16th cen., Poland; Gloss to Shulchan Arukh, Yoreh De’ah 251:3) quotes the Tur who says that your own living takes precedence over that of someone else’s. Therefore, you are not obligated to give charity (beyond the annual minimum) until you first can provide for your family. Rav Azulai (Birkei Yosef, ad loc., 3) quotes Sefer Chasidim (454) that someone who owes money to others should not give much charity.

Rav Yitzchak Zilberstein (Cont., Israel; Peninei Chashukei Chemed, appended to Rav Yehudah Dov Rotner’s Orechos Chesed commentary to Ahavas Chesed, 3rd edition, 2016, p. 46) quotes another passage in Sefer Chasidim (397) that someone in debt should not give any charity. Which is it? Should someone in debt give only a little charity or none at all? Rav Zilberstein suggests that Sefer Chasidim believes that someone in debt should give the bare minimum of one-third shekel per year, but not ma’aser and certainly not one-fifth of his income.

Does this mean that anyone with a mortgage or school debt is exempt from giving ma’aser and all but a minute amount of charity? That seems counterintuitive. Doctors and lawyers, who make good money, would be exempt from ma’aser until they pay off all their loans, which takes decades. Rav Zilberstein quotes a number of contemporary authorities on related issues that can guide us on our question, as well.

IV. Who Can’t Afford It?

Rav Moshe Sternbuch (Cont., Israel; Teshuvos Ve-Hanhagos 1:660:2) says he heard from Rav Yitzchak Ze’ev Soloveitchik, the Brisker Rav, that someone who lives minimally and still needs help from others is not obligated to give charity (as per Rav Isserles, above). The key determinant is whether a person can support his family (without extravagances). If he cannot, then he is not obligated to give charity to others beyond the minimum.

Rav Chaim Kanievsky (Cont., Israel; Derekh Emunah, Hilkhos Matenos Aniyim, ch. 7 n. 214) writes that you should provide only what is needed for your family and then pay your debts with whatever is left over — all before (or without) giving ma’aser. He adds that his uncle, the Chazon Ish, told someone to keep track of his income so that after he paid off his debts, he could catch up on the ma’aser.

Rav Shmuel Wosner (21st cen., Israel; Shevet Ha-Levi 7:195) writes that someone who owes money should not give charity if that will reduce the amount of the loan he pays back. This seems significant. If the ma’aser affects your ability to pay your debts, then you should not give ma’aser. But if it does not affect the payment, then you are still obligated to give ma’aser.

It seems that the determinant is not the principal of the loan you owe but the payment amounts. If you can afford to support your family minimally and make your regular loan payments with money remaining, then you must give charity from the remainder even if you have large loans outstanding (with ma’aser calculated as one-tenth of your full income). You are not exempt from ma’aser if the charity will not affect your regular repayment of your loans. Someone blessed with sufficient income to cover his family’s basic needs must give charity. The contemporary practice of taking large loans with long-term payment plans does not exempt us from giving ma’aser, so long as we can take care of our basic obligations.