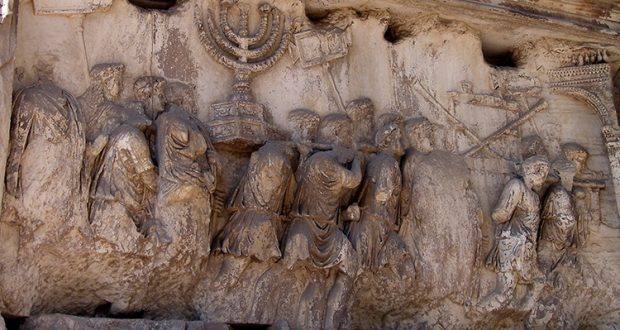 Posted by: Gil Student in From The Hashkafah Files, Magazine, Musings, Posts Jul 27, 20 0

I. The Happiness of Tisha B’Av

Tisha B’Av contains contradictory themes that, when considered, completely changes our perspective about this day. The Shulchan Arukh (Orach Chaim 659:4) says that we do not recite Tachanun prayers on Tisha B’Av because the day is considered a holiday. Since Tachanun is omitted on happy days, and Tisha B’Av is a holiday, we skip those prayers on the fast day. Isn’t it a little odd that the saddest day on the Jewish calendar, the day on which we mourn all the past tragedies, is considered a happy day due to a technicality? Clearly there is more going on here.

Tisha B’Av is a culmination of three weeks of communal mourning and is in itself a full day of sadness and remembrance. In the Kinos, the liturgy that is recited for hours on Tisha B’Av morning, we refer to the many travails that Jews have suffered throughout history — the Crusades, the expulsion from Spain, the Chmielnicki massacres, and many more. It is, however, particularly striking that a religion would designate a specific date with a complete liturgy whose entire purpose is to repel people away from God. “Look at all the times that we’ve been mistreated without any help from God,” we seem to be saying. Is that not proof that God does not exist? What other conclusion can one draw from all the terrible things that have happened to Jews throughout history?

In the last few decades there have been additions to the Tisha B’Av liturgy. These new kinos are poems of mourning over the Holocaust written by such rabbinic luminaries as Rav Shimon Schwab and the Bobover Rebbe. To the contemporary Jew this only highlights the question that embodies Tisha B’Av — why would God allow innocent men, women, and children to die painful and tragic deaths? For many people this question is so powerful as to demand a denial of God’s existence. Is Tisha B’Av, then, the holiday of atheism?

“People ask, ‘How can you believe in Hashem after the Holocaust?’ In response, I say, ‘How can you not believe in Hashem after the Holocaust?’ I doubt that any survivor would deny that he survived only because of an unending string of miracles that accompanied him day in and day out.” (Rav Ezriel Tauber, Darkness Before Dawn, p. 17)

We must change our question from “why” to “how”. Instead of asking why God would allow tragedy after tragedy to befall His people we must ask how it can happen. How can this people still be around to suffer again and again? How can a nation that has been targeted for destruction so many times manage to survive for so long? It is inexplicable without God.

Where are the Hittites and the Philistines? Where are the Babylonians and the Greeks? Even the great Roman Empire is no more. But tragedy after tragedy, destruction after destruction, the Jewish nation continues.

Approximately 3500 years ago the Jews became a people when they left Egypt. They entered the land of Israel which was populated by a number of nations. Of those nations, none remain today. Certainly some of their descendants became part of other nations and are still alive today. But from that era only the Jews remain as a people.

In Israel, Jews were constantly battling the Philistines. Eventually, the Assyrians conquered and exiled half of the Jews and almost sacked Jerusalem. Not too long after, the Babylonians succeeded in conquering Jerusalem and exiling the rest of the Jews. How is it that today there are no Philistines, Assyrians, or Babylonians while there are millions of Jews?

The Jews made it back to Israel and reestablished their country. However, they were soon dominated by the Greeks who tried to suppress the Jewish religion and turn the Jews into Hellenists. This, of course, quickly grew into a bloody war. Almost 2500 years later there are no more Hellenists but the Jewish people remain strong.

Centuries later the Romans destroyed Jerusalem and exiled the Jews. Within a century the Jews rebelled again under the leadership of Bar Kochba and were devastated by Rome. Yet, 2000 years later the Jews are still here and the Roman Empire is a distant memory. How can it be?

IV. The Victory of Jewish History

History continued and there were more pogroms and massacres. Almost every major European country expelled the Jews at some point. Murders, inquisitions, blood libels and much more were inflicted on the Jews. But here we are today, little more than 50 years after the most brutal, calculated and organized massacre of Jews, and the Jewish people is still strong.

In other words, while Tisha B’Av commemorates the tragedies of Jewish history, it also marks the success of Jewish survival. We are still here, attesting to God’s providence in this world, which will culminate with the days of Mashiach. We mourn on Tisha B’Av, preceded by three weeks of sad haftoros. But then we move to Shabbos Nachamu and seven weeks of consoling haftoros. As we move from Tisha B’Av to Shabbos Nachamu, we pray that history move likewise, from an era of exile and persecution to an era of consolation and redemption.