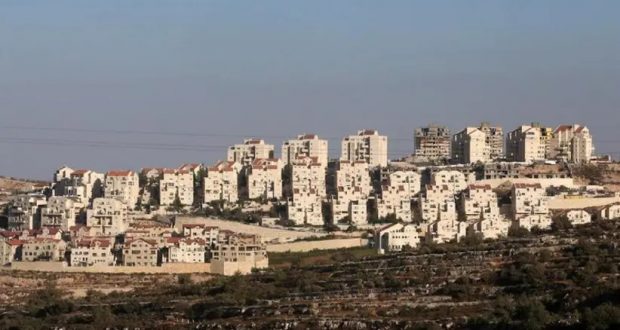 Is Annexation a Mitzvah?

Israel is currently considering whether to annex land in Judea and Samaria to become part of the sovereign State of Israel. There are many aspects to this issue, including political, military and moral. I am not going to address those but will instead discuss the halakhic issue of whether there is any relevance, and perhaps even a mitzvah, to annexation — absent any other considerations. Does formally extending Jewish sovereignty over land in Judea and Samaria carry halakhic importance?

I will here assume that the Israeli government is a Jewish government, since it has declared itself such. And even if some or most of its leadership is not Torah observant, I will assume that this is no different than the (unfortunately) many Jewish Kings of the Bible who were not religious. While this can be debated, I find convincing the arguments of Rav Menachem Kasher (Ha-Tekufah Ha-Gedolah, Chs. 2, 16) that Achav was a wicked and heretical king who still received divine miracles as a Jewish king. For example, the Gemara (Berakhos 61b) seems to say that Achav was completely wicked and the Mishnah (Sanhedrin 90a) says that he has no place in the world to come. Yet he was still a king. Similarly, non-religious Jews can lead a Jewish government. And even though the Jewish state includes many Christian, Muslim and other non-Jewish citizens, so too (le-havdil) Christian governments like England include many Jewish and Muslim citizens.

Rambam does not count living in Israel as one the 613 commandments. Exactly why he omits it is a matter of debate (see, for example, Avnei Nezer, Yoreh De’ah 454). However, Ramban, in his list of mitzvos that Rambam omitted (no. 4), includes settling the land as a mitzvah. Ramban writes: “We have been commanded to inherit the land… and not to leave it in the hands of other nations nor leave it desolate… this is a positive commandment forever, incumbent on each of us even during the period of exile…”

Ramban seems to incorporate two elements into this mitzvah. First is a positive obligation to conquer and live in the land of Israel. Next is an implied prohibition against allowing the land, by failure to settle it, to fall abandoned or into the hands of gentiles. This second aspect can be explained in three ways. 1) I once heard Rav Feivel Cohen explain, and believe I have also seen this in writing elsewhere, that Ramban means that the mitzvah requires us to ensure that every last parcel of land in Israel is settled by Jews. No land can be overlooked and ignored.

2) Rav Shaul Yisraeli (Eretz Chemdah, part 1, ch. 1) argues that the Ramban believes there are two elements to the mitzvah — conquering Israel (kibush) and settling it (yeshivah). Both are required in order to fulfill the mitzvah. You can conquer through war but also by buying land — anything that allows you to pass down the land through inheritance. This sefer was first published in 1957 but some parts were written earlier, this part apparently in the 1940’s. In an addition written in 1948, Rav Yisraeli says that as he finished writing, the State of Israel was declared. Rav Yisraeli says that the land outside the borders of the state are not considered conquered for these purposes. In a further addition written after the Six Day War in 1967, Rav Yisraeli asks whether military/administrative rule of Judea and Samaria is considered conquered. On the one hand, since Israel did not annex the territories as part of the country, it seems to have intentionally refrained from acquiring those lands. On the other, the Israeli government retains the right to expel anyone (Jew or gentile) from land, which seems to imply that the land is conquered. He leaves the matter unanswered.

3) Rav Yisrael Yehoshua Trunk of Kutno (19th cen., Poland; Yeshu’os Malko, Yoreh De’ah, no. 66) says that according to Ramban, the complete mitzvah is living in land that  we conquered. In his day, when this was not possible because the Ottoman Empire controlled Israel, Rav Trunk said that settling the land is still a partial, and very important, mitzvah. Rav Hershel Schachter (Be-Ikvei Ha-Tzon, ch. 32 sec. 13) similarly writes that the mitzvah is 1) to live in the land, and 2) to establish a government over the land. I distinguish this from Rav Yisraeli’s view above because he focuses on conquering rather than governing, although perhaps they intend the same thing.

The Gemara (Mo’ed Katan 26a) says that one who sees the cities of Judea (in destruction) tears his clothes like he does for a deceased relative. But does this still apply when these cities have been rebuilt and settled by Jews? Rav Yosef Karo (16th cen., Israel; Beis Yosef , Orach Chaim 561) suggests that since the cities are still in the control of gentiles, we still tear for those cities. Rav Yoel Sirkis (17th cen., Poland; Bach, ad loc.) strengthen the point and other authorities (Magen Avraham, Taz, and others) follow this approach. Therefore, a thriving Jewish city that is under the sovereignty of an Arab country would still require tearing.

What about the cities in Judea after the Six Day War, when Israel conquered the land? In 1979, Rav Moshe Feinstein (20th cen., America; Iggeros Moshe, Orach Chaim 4:70:11) wrote to Rav Ephraim Greenblatt that one should tear for the cities that are under the control of non-Jews. In other words, local control determines, not sovereignty. If it is an all-Arab city, as sometimes happens in that region, the city is considered under gentile control. If it is a Jewish or mixed city, it is considered under Jewish control for purposes of tearing one’s clothes.

Rav Shlomo Goren (20th cen., Israel; Toras Ha-Medinah, pp. 106-108) points out that, technically, Judea and Samaria are not under Jewish sovereignty because Israel never annexed them after conquering those territories. They fall under Jordanian or international law. Rav Goren then proceeds to argue that, despite this, since the Israeli army functionally controls the area, it is under Jewish rule and therefore one would not need to tear one’s clothes over the cities.

There is room to accept Rav Goren’s principle but disagree with his application. He claims that Israeli rule over an area renders it under Jewish control. However, starting immediately after the Six Day War, Israel considered returning some or all of the territory conquered. There was always a question how long Israel would retain control of the land. Annexation, however, makes the control permanent, bringing the land into Israel proper. It ends the debate over returning Judea and Samaria, which perhaps would be sufficient to render all the cities of Judea rebuilt under Jewish control, therefore no longer requiring tearing one’s clothes on seeing them.