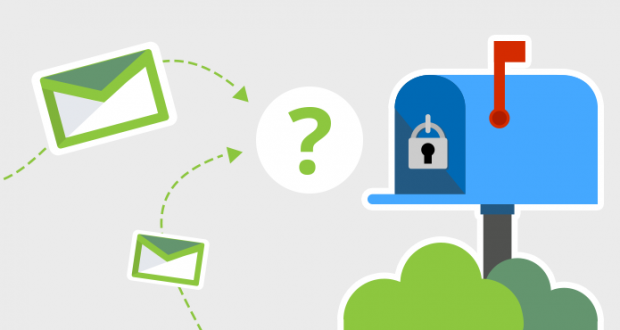 Do I Have To Reply?

The days of carefully crafted letters are long gone. In this age of hyper-connectivity, people receive many emails, voicemails, WhatsApps, comments, notifications and more. Does courtesy require that we reply to every contact?

In 19th century Turkey, Rav Chaim Palaggi wrote emphatically about the obligation to reply to letters. In his Tokhachas Chaim (Miketz), he says that failing to respond to a letter writer is similar (but not exactly) to injuring someone with hurtful words. Sefer Ha-Chinukh (no. 341) says that it is impossible to list all the details of what constitutes hurting someone and therefore everyone should use their best judgment.

Rav Palaggi says that even passively hurting someone, by failing to reply to a letter, falls under this prohibition (he somehow moves from “is similar to” to “falls under”). He quotes Pa’anei’ach Raza (Korach) who explains why Moshe was very angry at Korach (Num. 16:15). Moshe spoke to Dassan and Aviram and they replied, “We will not go up” (Num. 15:12). But when he spoke to Korach (Num. 15:8), Korach never replied. This lack of response severely insulted Moshe.

“R. Chelbo said that Rav Huna said: Whoever knows that someone is accustomed to greet him must greet him first, as it is stated: “Seek peace and pursue it” (Psalms 34:15). If the other person extends his greeting and he does not respond, he is called a thief, as it says: “It is you who have eaten up the vineyard, the spoils of the poor is in your houses” (Isaiah 3:14). “

Rav Palaggi further quotes Rashi (Ex. 19:8) on Moshe’s relaying to God the nation’s answer. Does God need Moshe to tell him what happened? Rather, says Rashi, this teaches us proper behavior to reply to a question. (Rav Palaggi also discusses this issue in Ginzei Chaim 20:73 and Nefesh Ha-Chaim 1:20.)

I don’t find these arguments compelling, which perhaps is why to my knowledge no other authority or code rules like Rav Palaggi. The argument from Moshe’s anger at Korach is hardly a convincing read of the passage. Korach engaged in open rebellion and, according to the midrash, a distortion of Torah and denial of its divine origins. Lack of courtesy is the least of his sins.

Moshe’s response to God was part of his role as a divine messenger (Ex. 19:3). God commanded Moshe to tell the nation about God’s covenant and then Moshe returned to tell God that the people gladly accepted it. This only teaches that a messenger should circle back to make sure his sender knows that the message was received.

II. You Don’t Always Have To Reply

In the Spring 2019 issue of the journal Tradition (p. 6), the outgoing editor, Rav Shalom Carmy, describes the following conversation he had with Rav Joseph B. Soloveitchik:

“My editorial involvement in Tradition began before I joined the Board in 1979. Several years earlier the Rav invited me to assist him in preparing some of his writings for publication. The first installment was the special edition of five Tradition articles that appeared in 1978. This series included the Rav’s eulogy of the Talner Rebbitzen, in which he depicted the dual aspect of our religious tradition, the essential role of the Jewish father and the Jewish mother.

“A few months later the Rav handed me a letter he had received. His correspondent had read the article carefully and appreciatively. What replacement, however, could the Rav propose for people who do not have the benefit of the ideal father and the ideal mother whom the Rav so eloquently extolled? We spent some time weighing possible responses, none of which the Rav found satisfactory. Did the Rav intend to write back? No, because he didn’t have a good answer. In that case, I asked, why did he give me the letter? The Rav looked me in the eye and said, very deliberately: “Carmy, I want you to think about this.” “

There is much packed into this story but one minor point is that Rav Soloveitchik did not respond to the thoughtful letter he received because he did not have a good answer. Clearly, there is no absolute obligation to reply to a letter otherwise he would have written something back to the correspondent.

Courtesy is a guideline, not a requirement. It requires social context. What are the assumptions in your time and place? Sometimes an unsatisfying reply is worse than no reply. That seems to have been Rav Soloveitchik’s thinking.

Additionally, how can someone obligate you in a way that takes away your time? In its extreme, this attitude allows for intentional harassment. A nudnik can accomplish unintentional harassment simply by failing to recognize social cues. But even outside that, people today need to triage their time because of the many demands. Most people do this inefficiently but their lack of perfection does not obligate them to answer every phone call, email and instant message.

Some people send emails with no subject or leave voicemail messages like “please call me back,” which offer no assistance in deciphering the urgency or reason for the contact. Is this spam? The result of a hacked account? Or merely social awkwardness? Regardless, they should expect to fall to the bottom of the triage list. Others imply they will demand large amounts of time for their own purposes. Sometimes the email or message is so long that you don’t have time to read or listen to the whole thing. In a perfect world, we would give everyone unlimited time. In the real world, we push those messages to the bottom of the pile also.

Can you reply “sorry but I wish I could help you but I do not have time right now?” Sometimes this will be received in the good spirit in which it was intended. Most times, though, it will create more offense than silence. Sometimes lack of a response is the best response. 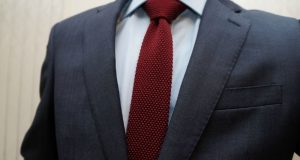