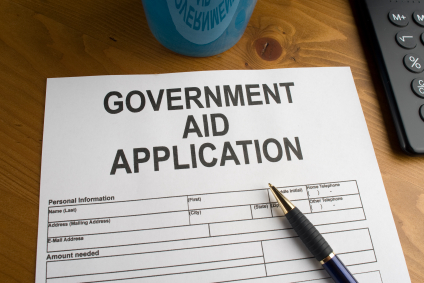 Accounting for a Minyan

Can we count for a minyan a man who has stolen from the government?

I. Theft, Lying and Chillul Hashem

Rav Hershel Schachter (“Dina De’malchusa Dina” in the first issue of The Journal of Contemporary Halacha and Society) expresses the majority opinion that the rule of dina d’malchusa dina—the law of the land is the law—applies to, among other things, monetary matters in the United States. Therefore, illegally obtaining government benefits constitutes a violation of dina d’malchusa dina and theft from the government. A minority opinion, voiced most prominently by Rav Menashe Klein (Mishneh Halakhos 6:277), argues that this rule only applies to a king, not a democratic government.

However, Rav Klein (ibid., 6:311) rules that one is still forbidden to steal from the government. Tax money belongs to the original taxpayers for whom the government serves as a (reluctant) partnership to fund joint ventures. Someone who steals from the government steals from every taxpayer, among them righteous people and great Torah scholars. When asked whether Torah institutions can falsely obtain government benefits, Rav Klein (ibid., 12:446) responds that the Lord despises theft and wrongdoing. He quotes R. Mendel of Rimanov who was asked why sometimes a boy who has studied in yeshiva for 10 years can abandon religion. R. Mendel famously responded that the boy’s parents profited improperly and fed the child food bought with stolen funds, which damaged him spiritually and led him to leave the fold. Rav Moshe Feinstein (Iggeros Moshe, Choshen Mishpat 2:29) adequately sums up the issue by saying that taking undeserved benefits from the government constitutes theft, lies and a chillul Hashem, and that “there is no leniency whatsoever” on this matter.

II. Counting for a Minyan

The Rambam (Pe’er Ha-Dor 71) was asked whether we can count Karaites for a minyan. His answer was no, but there are different versions of his explanation why. According to the majority version, we cannot count Karaites because they do not believe in the concept of minyan. Rav David Yosef, in his edition of Pe’er Ha-Dor (71 n. 4), explains that if not for this specific lack of belief, we would count Karaites in a minyan even though they lack a basic Jewish belief and commit sins.

The Sefer Ha-Manhig (no. 79) quotes the Gemara (Sanhedrin 44a) that points out an important biblical term. Even though Achan sinned by taking from the remains of the destroyed city of Jericho, the Bible still says “Israel has sinned” (Josh. 7:11). Meaning, even though Achan sinned, he is still part of Israel. He still retains his Jewish sanctity and membership in the nation. Therefore, concludes the Sefer Ha-Manhig, even a sinner can be counted in a minyan as long as he has not been excommunicated (put in cherem). Regarding someone excommunicated, the Rambam (Mishneh Torah, Hilkhos Talmud Torah 7:4) writes that among his punishments is that he cannot be counted for a minyan. Similarly, the Rivash writes in a responsum (no. 172) that we count a sinner for a minyan but not someone excommunicated. This is how the Shulchan Arukh (Orach Chaim 55:11) rules.

The Netziv (Meishiv Davar 1:9) compares prayer to a sacrifice. The Gemara (Chullin 5a) says that we accept a sacrifice from a Jewish sinner but not from an apostate or a Shabbos violator. Similarly, argues the Netziv, we include a sinner in a minyan but not an apostate or a Shabbos violator. Rav David Tzvi Hoffmann (Melamed Le-Ho’il 1:29) writes that there is room to be lenient and count a Shabbos violator in a minyan. He suggests that Shabbos violators today have the status of a tinok she-nishbah, a child who was raised among gentiles, without a traditional Jewish education. Rav Yosef Zechariah Stern (Zeicher Yehosef, Orach Chaim 21:6) expands this approach slightly. The Gemara (Sanhedrin 26b) says that while normally someone who commits a sin is invalid as a witness, this does not apply if the sin is something that people mistakenly think is permitted. Similarly, he suggests, someone who lives in a community in which Shabbos violation is considered normal rather than a sin should still be counted for a minyan.

I hesitate to draw any practical conclusions because these weighty matters need to be addressed by our leading rabbis. Preliminarily, it would seem, based on the above, that according to the Chakham Tzvi, people who repeatedly cheat the government, year after year, cannot be counted for a minyan (see also Minchas Yitzchak 3:65). According to the Seridei Eish, if the community believes that the chillul Hashem caused by government cheats merits excommunication, even just in theory, then those who commit this sin cannot be counted for a minyan. On the other hand, if—Heaven forbid—this sin is so common that people do not consider it forbidden, then people who violate it can count for a minyan according to the Zeicher Yehosef. Widespread sin is not permission but the opposite—recognition of a communal, rather than personal, spiritual illness. Additionally, Rav Moshe Feinstein (Iggeros Moshe, Orach Chaim 1:23) permits counting every sinner for a minyan, presumably aside from someone actually excommunicated. Therefore, according to Rav Feinstein, even government cheats can count for a minyan despite their theft, lies and chillul Hashem.