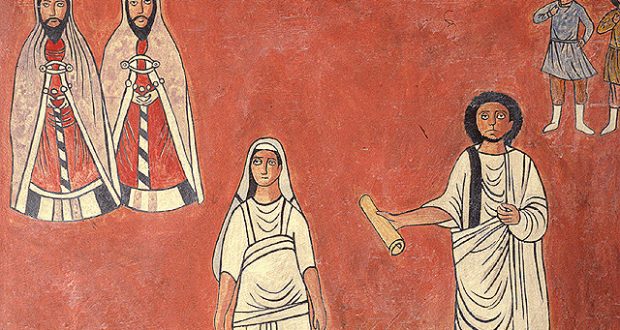 On Shavuos 1831, a man in Brody, Galicia lay deathly ill. Rav Eliezer Landau, grandson of the famous Noda Bi-Yehudah and author of the Yad Ha-Melekh commentary on the Rambam, had an idea that would save this childless man’s impoverished soon-to-be widow from being unable to remarry unless she made the improbable journey to Rome in order to perform chalitzah with her soon-to-be deceased husband’s only brother. Rav Landau advocated writing a get on the second day of Shavuos, which would free the wife from an inevitable life of solitude.

I. The Reasons to Allow Writing the Get

Additionally, the Peri Chadash (Orach Chaim 596; cf. Bi’ur Halakhah 614 sv. assur) permits on the second day of Yom Tov the (otherwise) rabbinic prohibition of putting out a fire that threatens financial loss (even though there is no threat to life). If a large financial loss is sufficient to permit putting out a fire, then the mitzvah of resolving an agunah case can certainly permit the similarly (otherwise) biblically prohibited writing of a get.

II. Forbidding the Writing of the Get

When Rav Shlomo Kluger, the rabbi of Brody, learned about the effort to write a get on the second day of Shavuos, he put an immediate stop to it. Despite the enormous human tragedy, he could not allow the writing of a get on Yom Tov. When the man died and the widow was left unable to remarry, The man survived Yom Tov and died on the next day (link – PDF), but nevertheless a good deal of criticism was lobbed against Rav Kluger. To settle the issue and absolve himself from criticism, he wrote to Rav Moshe Sofer, the Chasam Sofer, to offer his opinion on the matter and, hopefully, confirm Rav Kluger’s position.

Writing from a health spa in Piscani, Romania, where Jews still travel to this day to recuperate, the elderly and infirm Rav Sofer (who would not live through the decade) wrote a strong confirmation of Rav Kluger’s position that ends with a surprising insight into the second day of Shavuos (Responsa Chasam Sofer 1:145).

III. Reasons to Forbid Writing the Get

Rav Sofer begins by stating the reasons to permit. He then notes the custom to circumcise stillborns based on the midrash that this protects sinners from suffering in the afterlife (see Shulchan Arukh, Yoreh De’ah 263:5). This is not done on the second day of Yom Tov (Shulchan Arukh, ibid. and Orach Chaim 526:10). Why not?, asks the Chasam Sofer, isn’t this a need for the deceased sinners? He answers that the Sages only permitted on the second day of Yom Tov the physical needs of the deceased and not the spiritual needs.

He also says that we cannot permit an (otherwise) biblical prohibition. We see from the case of burial that it is not permitted because there is a biblical obligation to bury a corpse. Rather, the Sages made a special exception for a corpse. If so, we see that even biblical obligations do not override the second day of Yom Tov and therefore the need to free an agunah is insufficient to override the day.

Furthermore, the permission to put out a fire (which itself is not followed — see the Bi’ur Halakhah cited above and the prior entry) is of a technical nature. It fits into the general pattern of permitted labors on Yom Tov that relate to cooking. Even though we are strict about it on the first day on Yom Tov, there is room to be lenient of the second day in extraordinary circumstances. Writing has no connection to this technical leniency.

IV. The Second Day of Shavuos

The Chasam Sofer adds that the second day of Shavuos is stricter than other second days of Yom Tov (except Rosh Hashanah). The reason for the institution of the second day of Yom Tov is to continue the practice from the time when the court in Jerusalem would sanctify the month based on witnesses who saw the new moon. There was always a doubt whether the prior month would be 29 or 30 days, and therefore which day of the next month would be Yom Tov. If the court’s messengers reached your city in time, then you knew on which day to observe Yom Tov. If not, you had to observe two days. We still keep that second day of Yom Tov in continuation of that practice.

This is quite an original interpretation, one that I find counterintuitive and difficult to understand. Nevertheless, according the index in the Frankel Rambam, Rav Yosef Shaul Nathanson arrived at a similar conclusion about the second day of Shavuos (Responsa Sho’el U-Meshiv first series, vol. 1 no. 150; second series, vol. 2 no. 85). 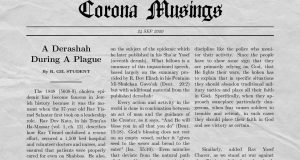