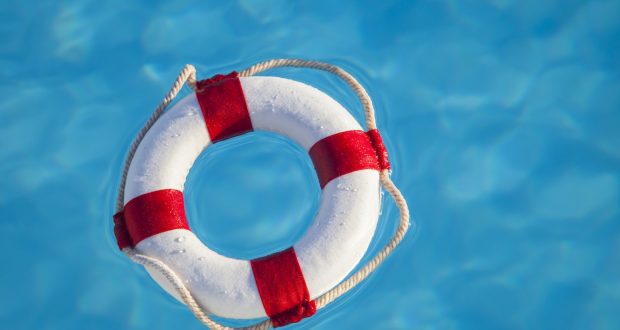 Harsh Words for R Tarfon, Wise Words for the Rest of Us

Posted by: Asher Bush in Hashkafah Category, Journal, Posts May 1, 20 0

The Mishah in Brachos (daf yud) records the debate between Beis Hillel and Beis Shamai whether one must recite Shma at night in a lying down position (Beis Shamai), or is it permitted to recite it in any position (Beis Hillel). Following this it also recounts an event where R Tarfon relates that he was once traveling and he lay down on the side of the road to recite Shma and was accosted by highway bandits, endangering his life. When the other Sages heard this story, rather than offering words of sympathy they said, “you were deserving of the danger which you brought upon yourself since you violated the words of Beis Hillel.”

These words have always been quite troubling, as the Sages seem to react to R Tarfon’s brush with danger in a most unsympathetic manner. Sure, the authoritative ruling is like Beis Hillel and not like Beis Shamai, but couldn’t, shouldn’t, they have expressed this to him in a more gentle, loving manner? And just why is it so bad to follow Beis Shammai, after all, even Beis Hillel agrees that if one did recite Shma while lying down the mitzvah has certainly been fulfilled?

It is only now in the midst of our coronavirus pandemic that I can understand the harsh and seemingly unsympathetic way the Sages spoke to R Tarfon. It’s not just a matter of him being ‘extra strict’ and following the ruling of Beis Shammai to lay down for the nighttime recital of Shma, but that his insistence on this unnecessary stringency placed his life in danger.

My son pointed out that there is almost no such thing as just ‘being strict’ or ‘being lenient’, as in most cases there is a flip side as well. To be strict about kashrus may mean being lenient in bal tashchis (wasting food), or in shalom bayis, and so too with so many other areas of observance. So, in almost every case one must carefully evaluate the merits of acting in a way that is generally viewed as being strict or lenient, often consulting with one’s Rav as well to help in this difficult balance, so one is not just strict or lenient, but doing what is best.

But there is one place where there should not, and may not be any hesitation, no questions and no doubts, and that is where there is a danger to life itself. As the Braisa (Yoma 84) states “Saving a life pushes off Shabbos and one who is zealous to do so is praiseworthy, and one need not ask permission from the Beis Din to do so.”

This is the story of R Tarfon. Of course when it comes to something as innocuous as Shma it would never occur to think that it involves pikua’ch nefesh, but this story makes it clear that there is no such thing as a mitzvah that cannot at some time potentially be a matter of life and death. When the Sages reacted to him in such a seemingly harsh and unsympathetic manner it was not out of insensitivity or anything close, it was a matter of piku’ach nefesh, saving a life. So effectively they were saying to him: ‘You think it’s ok to be strict about this matter? Not only is that not the authoritative ruling in halacha, but you have literally placed yourself into a situation of piku’ach nefesh for no valid reason’. This time it was R Tarfon, and next time it could be any other well-meaning Jew.

These words ring so loudly today, as well intentioned, and pious individuals persist in engaging in activities that are not safe for themselves and perhaps more importantly, the community at large. Under normal circumstances who would ever have viewed attending a minyan or sitting in a Beis Midrash as potentially life-threatening activities; but today they are exactly that in many cases. The Sages of the Mishna spoke harshly to R Tarfon, not because they did not like or care about him, but precisely because they did like and care about his well-being and of all those who might follow in his example.

We often invoke the words “elu v’elu” to point out that halacha can have more than one valid and acceptable path; this is a truth seen in the Beis Midrash and often in life itself. But it is not always true, and should not be applied in all cases, even when one may have the best of intentions. The Sages of this Mishnah did more than rule on the laws of Shma, they were exhibiting leadership at its best. They saw the need to spell out in the strongest of terms that when it comes to matters of risks to life, other than the three cardinal sins, there is only one approach in the Torah, and that is v’Chai Bahem v’lo sheyamus bahem, we should live by them and not die by them. Their actions may look unsympathetic and harsh, and it may not even appear to be the ‘strictest’ approach, but the sages of this Mishna understood that their responsibilities to their people and the Torah itself demanded a clear and firm response affirming the true priorities of the Torah.