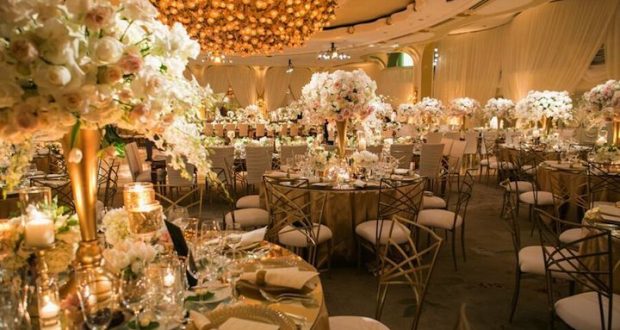 Hatzne’a Lekhet: Rethinking Weddings and Funerals in the Light of Coronavirus

Makkot 23b has a statement we all know, R. Samlai says there are six hundred and thirteen mitzvot in the Torah, two hundred and forty-eight obligations, three hundred and sixty-five prohibitions, and R. Hamnuna offers the verse of Torah tzivah lanu Moshe to support the idea.

I find the next folio, 24a, more remarkable, because the Gemara reads verses in Tanakh as if various prophets offered condensed versions of Judaism, much more concise ways to serve Gd in a meaningful way (David offers eleven principles to qualify for a meaningful engagement with Hashem, Yeshayahu six, and so on). The one I note here has a special place in my heart because we placed the phrase in question on the headstone for my father, a”h.

The Gemara says Mikhah 6;8 reduced the mitzvot to three guiding principles, asot mishpat, ahavat hessed, ve-hatznea lekhet im Elokekha, performing justice, doing kindness, and walk humbly with your Gd. The Gemara defines walking “humbly” as “funerals and weddings,” adding if ceremonies usually done with great fanfare are to be done with humility (or, more accurately, modesty and discretion), other activities all the more. Sukkah 49b has the same idea as a standalone, independent of the context of whittling away the numbers of mitzvot, in the name of R. Eliezer.

What element of funerals and weddings did the Gemara want us to conduct with tzeni’ut? The question matters more now than usual, because our current et tzarah has upended our conduct in these two areas in particular. When Gd releases us from our situation—as some indications suggest we are beginning to be released, and we pray for it to continue without setbacks– as we put our world back together, we have an opportunity to recreate these ceremonies anew, in the best way possible.

She’iltot R. Ahai Gaon (quoted by Rashi as a second option in his commentary to Sukkah) understood the Gemara to refer to someone who gave money for a funeral or wedding, who should not make a public spectacle of his/her good deed. Aharonim adopted R. Ahai’s view; for example, Noda Bi-Yehuda referred to the idea in two derashot in Ahavat Tziyyon, delivered at an annual gathering in honor of the local hevra Kadisha, burial society. Maharsha, Maharal, Arukh La-Ner, Metiv Shir (Netziv’s commentary on Shir Ha-Shirim), and, she-yibbadel le-hayyim tovim ve-arukhim, the current Sephardic Chief Rabbi of Israel, R. Yitzhak Yosef, are a few more commentators who also adopt this view.

Although I prefer Rashi’s first interpretation, as we will discuss below, this one also points to ways we might improve going forward. I do not know of many people who make a public spectacle of their financial support of specific weddings and funerals, but we might think about the publicity we tend to bring to our charitable giving more generally.

I remember as a boy being disappointed when my father a”h would not have the gabbaim announce his contribution to the shul’s public appeals. It would have been exciting to have heard my parents’ names followed by a number (however relatively small it would have been). I asked him about it, and he said, we do not give tzedakah in a public way.

Of course, fundraisers will tell you the flaw in his perspective, a sad truth of the current and longstanding state of the human condition. People support good causes more when they receive public recognition, or when family or friends are being recognized. Shuls called out names during appeals, institutions have dinners, and charities have ice bucket or whatever challenges, because they raise more money.

Those who wish to understand the Gemara as did R. Ahai—a reading that asks for less radical change than Rashi’s—would give their tzedakah equally or more generously without the public trappings, without the appeals, the dinners, the publicity flyers with pictures of donors and organizers, the sweepstakes or silent auctions. We would support funerals, weddings, and all the other needs, with the tzni’ut R. Ahai Gaon heard Mikhah calling upon us to achieve. (I have sometimes wondered whether the walls of the third Bet HaMikdash will be lined with donation plaques at the various levels of donation).

Rashi’s own interpretation turns a spotlight on more of our conduct. He says the Gemara means to eat a proper amount, to rejoice a proper amount, and not to act with excessive levity. Along the same lines, Meiri thinks the Gemara is telling us to conduct ourselves very privately in all ways, funerals and weddings the prime example only because it seems so counterintuitive. Despite our sense of more being better, especially in honoring the deceased, Meiri thinks we should eulogize be-middah na’eh, make a festive meal be-middah beinonit, all of these occasions engaged moderately.

Moderation is in the eye of the beholder, and yet I remember attending a wedding twenty years ago that likely cost three quarters of a million dollars, back when three quarters of a million dollars was real money. Especially now, as we begin to sense the financial displacement the current et tzarah will cause, do we really have that kind of money to blow on such fanfare?  Just this morning, I saw a report of Jews spending hundreds of thousands of dollars to be able to get their deceased relatives to Israel for burial during this plague.

A friend recently pointed out a new initiative to reduce the size of vorts and weddings, with no more than 250 invited guests. Similarly, this past week, Gershon Distenfeld published an article in the Jewish Link along the same lines.

It is a topic long close to my heart– so I worry I am imposing a pre-existing agenda, although it seems to me to clearly fit our circumstances– because I am repeatedly astounded by the amounts of money and time people spend on a five hour event. They could spend less, and celebrate more personally with family and friends, for example, with a 200 person wedding, and six nights of sheva berakhot with fifty new people (panim hadashot in the original sense) at each. It’s easily possible to spend half what people do on weddings and give that other half to charity, to investing in important medical startups, to Jewish education, to, to, to.

Of course, a moderation of extravagance would disrupt the lives of those who built their business models on extravagance, caterers, party planners, photographers, musicians, Pesah programs, and more. We would need to be sensitive to that, seek ways to cushion the transition to a new and better world.

But the change would ultimately be good for all of us, if we fell in line with Rashi and Meiri’s reading of the Gemara, if we only thought to ourselves that we wanted our weddings and funerals—and our lives– to be events of moderation and tzniut, and planned from there.

Meiri brought R. Ahai’s view into his own as well, because he thinks the events ordinarily done privately (in the Gemara’s comment reasoning from the ordinarily public weddings to the usually private) were tzedakah, charity, and words of Torah.

Ran gave an example in one of his Derashot, apparently delivered at a wedding. He noted the derasha, the long Torah talk that was part of the festivities (in their days; our weddings don’t have slots for lengthy talks on a Torah topic), should have been given in private, in line with this Gemara, as a fulfillment of hatzne’a lekhet.

When, Gd willing, we begin to rebuild our crashed world, when HKBH releases us gradually or quickly to fuller social lives, we have the opportunity to do it better. As two of our most clearly targeted social settings were singled out by the Gemara to be treated very differently than we have in the past, it seems to me a place to start with a full-fledged rethinking, to be sure we reconstitute them more in line with how we should imagine our Creator wants them.

As we mourn those we revered and/or loved, as we dance joyously with those starting a new life together, as we live our lives hoping to offer service pleasing in the eyes of the Master of the Universe, I hope we can succeed more at doing so with the Divinely appreciated quality of tzniut, a quality important enough to Mikhah to group with justice and kindness, and to walk discreetly and modestly with our Gd.