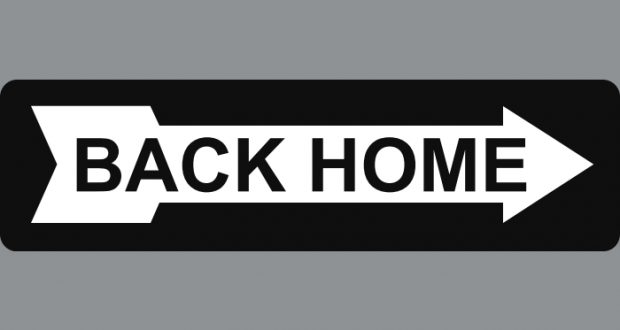 The Best Way Out of Nidui

Gd seems to be showing us some light at the end of the tunnel. Some countries have reached a point where they are starting to open up, and other places are on the verge of taking such steps. Ahenu Bene Yisrael in Israel have had a bit of loosening of restrictions, and we pray Gd will allow that to continue without any resurgences of illness.

The easing of an et tzarah, a time of trouble, has the danger of letting us think it is past and we need not continue to learn its lessons (as many political leaders have been reminding us). As we—I hope—make our way out, I want to think about lessons we can take with us, as merits to support our prayers for continued and continuing release.

Over Pesah, the recommended physical distance of six feet reminded me of nidui. As Shulhan Aruch Yoreh De’ah 334 tells us, nidui was a form of discipline, a way for society and particularly Torah scholars to show their displeasure with a Jew’s conduct.

We will come to what could spark nidui and why it is relevant here in a second; first, let’s remember the primary expression of nidui, as per Yoreh De’ah 334;2: other than the disciplined person’s close relatives—spouse and children (Rema allows other members of the household as well)—everyone else physically distances from the menudeh, a distance of four amot.

A menudeh can also not be part of a minyan, the quorum for crucial prayer practices such as kaddish, and is not supposed to get a haircut or launder his clothing. Should the situation deteriorate further, the person might be put in herem, a more stringent form of excommunication, where people will do business with him only to the extent of supporting his basic (essential) life needs.

Eerily familiar. The most popular version of four amot thinks of it as six feet (there is debate as to the length of an amah, ranging from 18 to 24 inches). Barbershops are closed, and we’re mostly doing business on essential services, other than what we can do from home.

I worried I was being too loose or metaphorical in applying a human form of discipline to our relationship with Gd, and then came across Mo’ed Katan 15a (I found it in the course of studying Onkelos for Tazri’a, my other weekly column on Torah Musings). The Gemara uses the phrase menudeh la-Shamayim, has been put in nidui by Heaven.

To explain, Rashi points us to a Mishnah on Ta’anit 12b, where we are told how people would conduct themselves if the entire series of thirteen communal fasts had failed to elicit a redemptive response from Gd (we should shudder to think of it, and remember to worry Gd might decide to leave us in an et tzarah for weeks, months, or years).

In such a situation, we are told, people reduce their business involvements, and their social greetings. To explain that last, Ta’anit 14b tells us people would cover their faces (as does the metzora and the mourner, the reason it came up in Onkelos to Tazri’a), and sit like mourners u-menudin, those in nidui, like people ha-nezufin la-Makom, whom Gd has rebuked.

We have not had thirteen communal fasts, so my comparison is not ironclad. Even without, though, the way the coronavirus has hit has put us in a situation remarkably similar, and we know tradition recognizes the status of menudeh la-Shamayim. Perhaps by looking at how human nidui works, we can gain insight into most successfully and permanently leaving what certainly looks like nidui and nezifah from Gd.

Yoreh Deah 334;43 offers twenty-four reasons to place someone in nidui. This isn’t the place to analyze all of them, and the list might not be comprehensive, but more than a few converge on a basic issue. Listing those will point us in a productive direction for thinking about how we might react to what feels like nidui.

Torah scholars or other authorities properly declare nidui of a Jew for: mistreating (ha-mevazeh, disgracing) a Torah scholar or a messenger of the court; calling a fellow Jew a slave; ignoring or treating lightly a rabbinic rule, let alone a Torah law; failing to make a mandated court appearance; refusing to accept a court’s decision; not keeping the second day of holidays outside of Israel; mentioning Gd’s Name for no valid purpose, or for an oath on meaningless matters; causing a group sacrilege of Gd’s Name; a butcher who fails/refuses to show his knife to the local Torah scholar (he was supposed to do so as a sign of respect); a Torah scholar whose behavior leads to negative rumors; declaring nidui on another without proper cause.

All those, I think, reflect a lack of respect, for institutions or individuals. Translated to Gd, it would suggest one good area of focus—to the extent the comparison to nidui feels accurate, and we think our reacting well shapes how Gd treats us going forward– would be the question of whether we might be being called to reconsider how we do in terms of respect for Gd, of treating Gd with the appropriate awe/fear.

To repeat what I have written earlier in this series: I am not claiming this is the reason for what is happening, I am suggesting that noticing the virus has led us to adopt practices very similar to those of nidui presents the possibility and opportunity to improve in ways we can hope would be sufficient merits to have Gd free us of the current crisis. And the most likely lead-in to nidui is lack of respect.

There are two ways we can treat Gd with a lack of respect I could imagine leading to nidui. In an earlier column, I threw out the idea of being more careful about speaking during communal prayer. Skeptical friends objected, thought it too minimal a flaw to fuel our current troubles.

Had I meant the talking itself, they’d have been right. But when I notice or speak of talking in shul, I mean it more as an expression of a lack of awe or awareness of Gd. I don’t believe who talk in shul (including me, too often) don’t care about ignoring proceedings of service of Gd, I believe they don’t experience the proceedings as service of Gd.

Similarly, when I first started writing about reacting to the magefah from a theological perspective, a well-thinking friend thought it a hopeless task, told me people today just don’t think that way. Another friend told me I was preaching to the choir, as if only those who already agree with me could ever come to see this crisis as a matter of our relationship with Gd.

That would be one kind of disrespect I could easily imagine worthy of nidui, the refusal of even ostensibly religious people to cast events in this world in religious terms. I will point out the relatively easy way out of nidui in a second, but there’s an almost flip side of failure to respect to think about as well.

Many people ignored lockdown measures, for many reasons, but the group that concerns me here are those—Jewish and not—who were certain Gd would never strike them as part of the current plague. They could have their church services, their weddings, their funerals, because clearly Gd was on their side.

It reminded me of Yirmiyahu 7;4, where the Jewish people disregard the prophet’s warnings of impending doom because of their certainty Gd would never allow His Mikdash to be destroyed (pardon the gendered pronoun). There is a disrespect in overly confident familiarity, perhaps as much as the disrespect of too little attention.

Fortunately, the way out of nidui is clear: to apologize and commit to doing better. Nidui la-shamayim, we can hope, has a similar way out. If we consider where we do or do not include respect for Gd in our life experience, realize where we have gone too far to one side or other, and commit to better, I believe that would be a very good step, one likely to contribute mightily to the future going better than it currently looks like it will.

Rambam, De’ot 3;3, points to Mishlei 3;6, as the guide to a life of respect of Gd. Be-khol derakheha da’ehu, know Gd in all your ways, the verse says, telling Rambam we should make all our decisions with one question in mind—how will this enhance our service of Gd? For one example, he asks us to ask ourselves whether we sleep for the pure pleasure of it, or because it will help us have the strength to again serve Gd well.

As we ask the question, we should also remember the answer will not always be intuitive. Overconfidence that we know Gd perfectly leads us to think our sanctuaries could never be destroyed, for they are heikhal Hashem.

A thought experiment, useful because it is not currently relevant, and therefore not immediately threatening. Obligation 172 in Rambam’s Sefer Ha-Mitzvot requires a Jew to obey any lawful command of a prophet (prophets cannot order us to worship a power other than Gd, but can call for almost anything else). Imagine a well-certified prophet approached you and told you Gd had told him/her you must immediately sell all your possessions, and move to… Timbuktu, with no explanation.

Another example. Someone recently asked me why, after donating twenty percent of one’s income to charity, there should be any other concerns about how the person spends his/her money. The question assumes once we’ve “rendered unto Gd,” we’ve successfully pushed Him off to the side, Gd forbid. (Wikipedia tells me that Yerushalmi Ta’anit 4;5 as well as Eikhah Rabbah think Bar Kokhba would ask Gd only not to help his enemies before a battle, he would do the rest himself.)

We show the extent of our respect for our Creator in all our decisions. Where we sit on the continuum of environmental concern, choosing a society involved in Gd’s service, building a life where Torah study has a place, and more, all show where we currently are in terms of respect of Gd., how we do or do not know Gd in all our ways.

Rambam opens Hilkhot De’ot with a reminder of the shevil ha-zahav, the golden middle path, where we eschew extremes for the middle in almost all cases. It’s not one or the other, time for Torah or time for other pursuits, spending money on ourselves or on causes with a clear Gd component. It is, choice by choice, a moderate adoption of a life where we can honestly say—ideally, in consultation with those of insight into these issues– keeping Gd in the picture, every step of the way.

Each time of trouble each has its own shape, calls for its own reaction. For this plague, with the outcomes it forced on us, nidui seems where we are, and the way out of nidui is respectful re-engagement with the One Whom we have failed to respect or notice in the past.