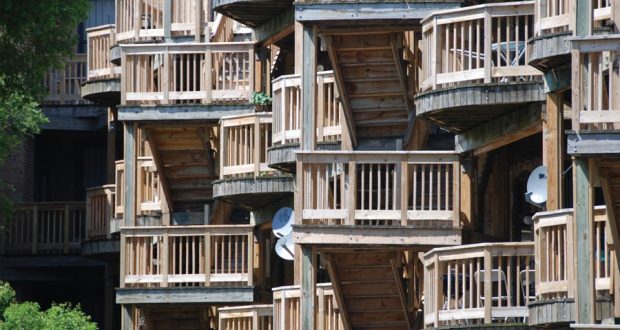 I. Pesach, Prayer and Bentching

In the current phase of the Coronavirus pandemic, all shuls around the world are closed and nearly every Jew globally is praying without a minyan. Even during its strictest period, the Israeli government allowed a few minyanim to continue under health department guidelines. In the US, I know of a family with ten adult men (a grandfather, father and eight sons above 13) who continue praying as a minyan. A widely discussed option is for neighbors to pray together on their front or back porchs, without anyone leaving their own property. Every community will have its own concerns about local health guidelines and the ability to consistently follow them, as well as anti-semitism that may be flamed by even perfectly legal and healthy minyanim. Setting all that aside, I would like to discuss whether in theory, if not in practice, neighbors can join together as a minyan, everyone remaining on their own property. The matter is less simple than many people think and is discussed by many recent responsa specifically related to Coronavirus.

The issue begins with a Mishnah (Pesachim 85b) discussing the definition of a house, inside which a Pesach sacrifice must be eaten on the first night of the holiday and from which the meat may not be removed. The Mishnah says that the house is defined as from the doorway and inside. In the Gemara, Rav adds that the same applies to prayer but R. Yehoshua Ben Levi disagrees. Tosafos (ad loc., s.v. ve-khen) explain that the disagreement is about answering the prayer of a minyan if you are outside. According to Rav, you must be inside even to answer Kaddish and the like. According to R. Yehoshua Ben Levi, whom we follow, you may answer even if you are outside but there must still be a minyan inside. Therefore, if you are in the doorway or inside (i.e. if the door closes and you are inside) then you can be counted for a minyan. This would seem to limit a minyan to people inside one room, even though anyone outside can join the prayers if there is a minyan in the room.

Rav Shlomo Ben Aderet (Rashba, 13th cen., Spain; Responsa, vol. 1, no. 96) suggests comparing counting for a minyan for prayer to counting for a zimun for bentching. In the latter, the Mishnah (Berakhos 50a) says that if two groups are eating in different places in a house, as long as they can see each other they can count together for a zimun. Rashba says that this doesn’t mean specifically in one house but as long as some of the people in each group can see some people from the other group, they all count together. Therefore, Rashba suggests, the same may apply for a minyan. Even if people are in different buildings, as long as they can see each other then they count for a minyan.

However, Rav Shlomo Ben Shimon Duran (Rashbash, 15th cen., Algeria; Responsa, no. 37) rejects this suggestion. He says that zimun is referring to two groups that each have enough people but want to join together as one group. That cannot be compared to half a minyan in one room and half in another room. Among Rishonim and Acharonim, the overwhelming majority rule strictly like Rashbash and not like Rashba’s suggestion. (Although Pri Chadash, Orach Chaim 55:12 and Pri Megadim, Mishbetzos 55:12 follow Rashba.) Because of this consensus against Rashba, under normal circumstances you need ten men within the room in order to constitute a minyan. The question of porch minyanim boils down to whether we can rely on Rashba in a case of great need.

Rav Chaim Yosef David Azulai (Chida, 18th cen., Israel; Machazik Berakhah 55:11) discusses a case of quarantine in Italy, in which guards would not allow people in two adjacent houses to mix. Chida felt that if the four men of one family could stand outside the open door of the second house which had six men so that they can all see each other, even though the four are forbidden to enter the house, they could join as a minyan based on Rashba’s condition of being able to see each other. However, his colleague Rav Yosef Chazan (18-19th cen., Turkey; Chikrei Lev, Orach Chaim 1:28) argues at length against following this difficult minority opinion, even in a case of quarantine.

Citing this Chikrei Lev and many other similar strict rulings, Chief Sephardic Rabbi of Israel, Rav Yitzchak Yosef, in a recent responsum forbids participation in a porch minyan (but allows answering amen if such a minyan is taking place). Similarly, Rav Hershel Schachter in a recent responsum distinguishes between prayer (which is a davar she-bi-kdushah) to a zimun (which is not), and therefore forbids porch minyanim. Rav Schachter points to a contradiction within Bi’ur Halakhah whether to follow Rashba or Rashbash and concludes that we cannot rely on Rashba even in a time of great need.

Rav Asher Weiss, in a recent responsum, allows relying on Rashba’s leniency in this time of great need and permits porch minyanim if people can see each other (setting aside the issues mentioned at the beginning of this essay). However, he points out that even regarding zimun, you cannot join together with someone across a street. Therefore, all the porches must be on the same side of the street. Rav Moshe Sternbuch, in a recent responsum, rules leniently also but adds another leniency — if the people are standing on porches 10 tefachim above street level, then they can join even across the street. In a responsum unrelated to Coronavirus, Rav Yitzchak Zilberstein was asked whether Jewish guards and prisoners, who are forbidden to mix, can join for a minyan through prison bars (Chashukei Chemed, Pesachim 85b). Rav Zilberstein says that you can rely on the Chida but is not entirely comfortable relying on it for people in a holding cell, who will only be there for a short time. It seems that he would rule leniently for those in long-term quarantine.

Rav Shlomo Miller, in a recent responsum, takes a middle position. He tentatively approves of porch minyanim but, out of caution, does not allow any prayer that requires a minyan — such as Torah reading and the repetition of the Amidah — except for Kaddish and Kedushah, which he allows.

Because this is so current a question, I urge everyone to ask their rabbi before putting anything into practice, especially considering the other very important considerations mentioned above.