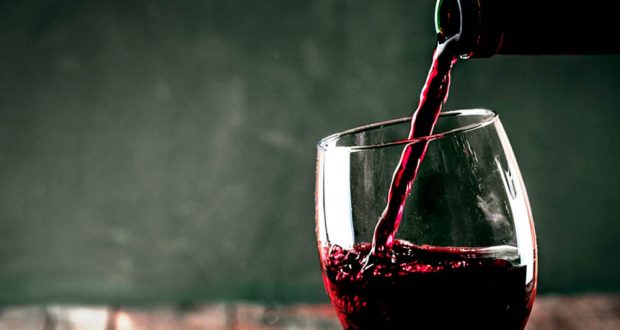 Yes, the Talmud Does Suggest Drinking on Purim

Last year, Rabbi Asher Bush lamented the fact that many in the Jewish community ignore admonitions not to get drunk on Purim. He noted, accurately, that people view such directives as merely being “[p]olitically [c]orrect” and “apologetics” rather than genuine halachic guidance.

Unfortunately, Jewish leaders have not done much to counter this perception. In their admirable zeal to make Purim safer, they become so focused on encouraging temperance that their arguments tend to be one-sided and transparently lacking in sober analysis (pun intended). This is actually counterproductive, as people inevitably recognize the shortcomings and are thus less likely to take them seriously.

As I note in a recent piece, we must put forth cogent and sound arguments if we truly wish to convince people not to get drunk on Purim. We must grapple with the fact that many sources in the Talmud and poskim apparently advocate inebriation, and explain why following them is non-normative and inadvisable (especially for youth). We absolutely cannot appear to be sweeping the pro-drinking sources under the rug because they are inconvenient to our goal.

Yet, this is precisely what Rabbi Bush does. The Talmud famously states: “One must levasomei on Purim to the extent that one cannot distinguish between ‘cursed is Haman’ and ‘blessed is Mordechai’” (Megillah 7a). The common translation of levasomei, [1]In manuscripts, the text is le’ibbasomei, but we will use levasomei here for convenience. following Rashi, is ‘to become intoxicated.’ Rabbi Bush claims that several Rishonim actually understand it to mean ‘to have joy’ or ‘to celebrate.’ According to these Rishonim, argues Rabbi Bush, the Talmud never even suggested that consuming alcohol is required on Purim.

The Rishonim that Rabbi Bush cites are Meiri and Nimukei Yosef (Megillah 7b), as well as Kol Bo (45). However, Nimukei Yosef explicitly defines levasomei as ‘to become drunk from wine’! Kol Bo indeed rejects the idea that levasomei implies excessive inebriation, but makes clear that it indicates a bit more alcohol consumption than usual. [2]See also Korban Netanel, Megillah 1:8:10. And Meiri does not directly comment on the definition of the term at all.

It is certainly true that these Rishonim, like many others, rule in practice that one should not become drunk on Purim. However, this is because they held that Rava’s statement was not to be taken literally, or because they followed the view of Rabbeinu Efraim that the Talmud ultimately rejects that statement as normative halacha. There is no question, though, that they understood the term levasomei itself to connote consumption of alcohol.

Furthermore, Rabbi Bush’s thesis is untenable on a philological level. He accurately notes that the root b.s.m means ‘pleasant’ and is not intrinsically connected to alcohol. [3]See Michael Sokoloff, A Dictionary of Jewish Babylonian Aramaic, p. 224. When used in a verbal form and when the subject is a person, however, it is invariably meant as a euphemism for intoxication. [4]Rabbi Bush’s suggestion that it would have been clearer of the Talmud to have used the root sh.k.r does not hold water, since this root is actually used far less commonly than b.s.m in the Aramaic … Continue reading For example: “Yehuda and Chizkiah, the sons of R. Chiyya, once dined with Rebbi and said nothing. He said: Make the wine strong for the young ones so that they will say something! As soon as ibbasum, they opened up and said…” (Sanhedrin 38a). It is obvious that ibbasum means ‘they became intoxicated.’

Rabbi Bush buttresses his interpretation by noting that on the very same page as “One must levasomei on Purim”, the Talmud uses the word basima to describe sweet foods. But here, the root b.s.m is used as an adjective and describes an object, so we would not expect an alcoholic connotation. [5]See, however, footnote 14 in Oz Vehadar’s Metivta edition of the Talmud, which cites an interpretation that even in that context it refers to drunkenness. Rabbi Bush ignores the fact that just 9 words after Rava’s statement, the Gemara uses ibbasum—a verbal form—to describe how Rabba and R. Zeira became intoxicated at their joint Purim meal.

In conclusion, there is absolutely no doubt that the Talmud does refer to “becom[ing] intoxicated on Purim to the extent that one cannot distinguish between ‘cursed is Haman’ and ‘blessed is Mordechai.’” There is, indeed, a legitimate discussion in the poskim about how literally to take this statement, as well as whether it is to be accepted in practice. However, attempting to deny that it even exists merely gives people another reason to be skeptical of arguments against drinking on Purim.

Our rabbanim must encourage moderation and safety on Purim, and throughout the year, in a manner which speaks to people’s hearts as well as their minds.