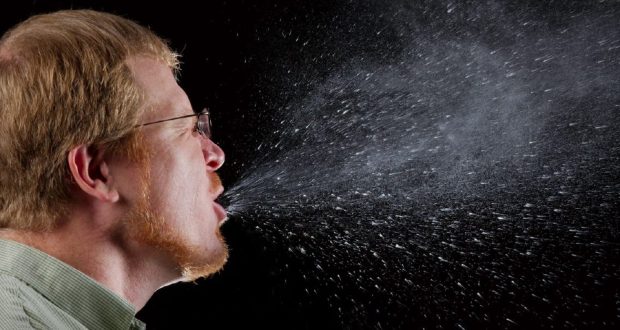 While we have lived through multiple pandemics (SARS, Ebola, AIDS to name a few), most of us have not experienced it as personally and directly as we are with coronavirus. It is worthwhile to review what the Talmud teaches about living through an epidemic. We have to keep in mind that even in the times of the Gaonim, over a thousand years ago, our sages warned against using Talmudic medicine. However, we can still learn from their spiritual messages.

I. Outrun the Epidemic

The Gemara (Bava Kamma 60b) says, “Dever be-ir, kanes raglecha, If there is an epidemic in the city, gather your feet,” stay indoors. Just like the Jews were commanded on the night of the Exodus, when the plague of the firstborn occurred, “None of you shall go out of the door of his house until the morning” (Ex. 12:22). The Gemara continues that during an epidemic, Rava would shutter his windows, as it says, “For death has come up to our windows” (Jer. 9:20). The Gemara also says that “when there is famine in the city, spread your feet,” flee from town. It seems to imply that when there is famine you flee but when there is a plague you shelter in place.

Rav Shlomo Luria (Maharshal, Yam Shel Shlomo, Bava Kamma 6:26) quotes earlier authorities who permit, even recommend, fleeing an epidemic. Presumably, he is quoting Rav Ya’akov Moelin (Maharil, Responsa, no. 50), quoted by Rema in his glosses to Shulchan Arukh (Yoreh De’ah 116:5). Maharshal explains that the above Gemara is discussing once an epidemic settles in. At that point, you can’t flee and must shelter in place. However, while it is just starting, you can run from the city to a safe, distant place. Rav Shmuel Eidels (Maharsha, Chiddushei Aggados, Bava Kamma 60b) and Rav Avraham Chaim Schorr (Toras Chaim, ad loc.) both reach similar conclusions.

Rav Moshe of Trani (Mabit, Beis Elokim, Tefillah ch. 16) agrees that you can and should flee an epidemic. However, he adds a theological meaning to this flight. Generally, we say that someone is inscribed on Rosh Hashanah and Yom Kippur in either the book of life or otherwise. If so, how can fleeing an epidemic help? Someone destined to die will do so, one way or another. Mabit answers that the pain of exile, the physical and emotional distress of fleeing, serve as punishment in place of actual death. Therefore, a person can escape death by undertaking the difficulties of fleeing. Perhaps the same can be said of the distress of sheltering in place. Even if you are safe from the epidemic itself, the involuntary emotional strain you suffer may serve as punishment enough to escape actual illness.

II. Responding to an Epidemic

The Mishnah (Ta’anis 19a) says that a city experiencing an epidemic (dever) engages in fasting and special prayers accompanied by shofar. An epidemic is defined as three out of 500 people dying over three consecutive days, i.e. 0.6% rate (over a three day period so it isn’t a one-time event). A baraisa (ibid., 19b) adds that if there is an epidemic of diphtheria (askara) that is accompanied by death, we fast and recite special prayers for that as well. Rambam (Mishneh Torah, Hilkhos Ta’anis 2:13) generalizes this to any disease that causes death. Ritva (Ta’anis 19a) explains the difference between an epidemic and a disease. An epidemic consists of different diseases. For such an epidemic, three people (0.6%) have to die over three days. But if people die of the same disease, there is no required timeframe.

However, Rav Avraham Gombiner (Magen Avraham, ad loc., 2) adds that in his day, people were too weak to fast. Later authorities follow this (e.g. Sha’arei Teshuvah 1; Mishnah Berurah 2; Kaf HaChaim 6). Today, this might still be true. We need to consult with doctors whether fasting makes someone more susceptible to the disease. We cannot allow our fasting and prayers to make the problems worse.

III. Why Do Epidemics Happen?

The Mishnah (Avos 5:8) lists seven kinds of punishments or tragedies that happen and reasons why. The Mishnah says that an epidemic (dever) happens because of sins deserving death that a court cannot administer and because of the fruits of the Shemitah year. Commentators disagree what sins are meant that cannot be administered by a court. Rabbeinu Yonah (ad loc.) explains this to refer to sins that are punishable by excision (kares) or heavenly execution (misah biydei Shamayim). The commentary attributed to Rashi in the Vilna Shas (ad loc.) explains this as referring to sins that should be punishable with execution by a court but for technical reasons the court cannot administer it.

In response to an epidemic, we should consider whether we are violating explicitly or indirectly, with action or with attitude, any of the sins that fall under these categories. Sins punishable by execution are listed together in Rambam’s Mishneh Torah, Hilkhos Sanhedrin 15:10-13. The thirty six sins punishable with kares are listed in the first Mishnah of Kerisos. And the sins punishable with divine execution are listed in a baraisa on Sanhedrin 83a. During an epidemic, it might be worthwhile reviewing these lists and thinking about how you can reduce those or related sins in your own life and in the world at large.

2020-03-27
Gil Student
Previous: Coronavirus Responsa
Next: Does A Virus Kill?