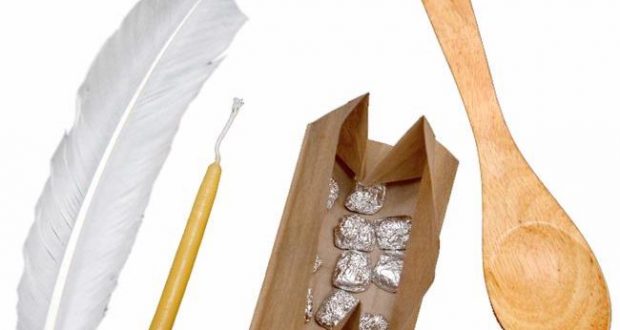 Chametz In Your Office

They shut down all access to my workplace and I had Chametz in my desk?
I have always been strict not to sell my Chametz

Searching for Chametz before the 14th of Nisan

The Shulchan Aruch[1]Orach Chaim 436:1 rules that “one who departs on a voyage on the sea or a caravan and does
not leave behind anyone at home who can do bedikas chametz (in their absence), if the departure is within 30 days of Pesach they must do the bedika (without a bracha) before departing. If it is before 30 days, there is no need to do a bedika (but bitul chametz should be done before the Chag).”

The Mishnah Brurah[2]436:5 quotes two opinions regarding whether, when the Shulchan Aruch ruled there was no need to do bedika if one departs more than 30 days in advance, that ruling applied only when there was no known chametz left in the house, or even in a case when one knew that chametz remained. It should be noted that even this second more lenient approach–one that does not require a bedika if one left more than 30 days before Pesach–does not allow the use of that chametz after Pesach.

This is best addressed by Rav Moshe Feinstein[3]Igros Moshe, Orach Chaim 4:95 who wrote,

Regarding one who left their house more than 30 days before Pesach with no intention to return home until after Pesach and has known chametz in the house. Even though there is a debate among the poskim, as quoted by the Mishna Brurah, whether one needs to do biur chametz, nevertheless he certainly needs to sell his chametz, since otherwise it will be forbidden in hana’ah afterwards… And certainly in a case when one has traveled (to Israel), since when he comes back he will reclaim it, and therefore, even according to the lenient opinion, one needs to sell this chametz in order for it not to be forbidden afterwards.

It should be noted that Rav Feinstein is concerned that the person will use this chametz after Pesach. He emphasizes that even if one need not perform bedika, the chametz, unless it is previously sold, is prohibited.

In our case, many were notified while at home that their workplace was closing due to Coronavirus concerns; they were unable to return to their places of work. While at this time the length of these closures is unknown, it is likely that many workplaces will remain closed until Pesach and beyond. Because these closures were unexpected, there was no opportunity to search for chametz. Please note that some workplaces have (or hope to) permitted individual workers to return to retrieve their possessions; clearly, if one does return, he is obligated to perform a bedika. Nevertheless, there is no obligation to return in order to perform a bedika.[4]The Biur Halacha 436 sv. Zkuk address the question if one who left his house having forgotten to do a bedika needs to return home. While the Magen Avraham suggests that perhaps he need return, both … Continue reading

If a closure had been announced in advance one would have been obligated to a search work areas and desks. Even though Rav Yosef Karo[5]Beis Yosef 433, quoted by Magen Avraham 436:1 ruled that an early bedika, just like an erev Pesach bedika, should be in the evening, it may be that the hours that an office is open may make it impossible or extremely difficult (especially as we are now observing Daylight Savings Time) to perform the bedika after nightfall. In such circumstances, one may perform the bedika during the day; there is no obligation to wait for an extended time until dark.[6]The Magen Avraham 436:1, and Mishna Brurah 436:3 ruled that in a case of an early bedika if one forgot to search on the last night, he should search the next morning. Waiting many hours after work … Continue reading

When a worker has reasonable concerns that the workplace may close, it is appropriate to conduct a bedika. The worker must certainly remove any known chametz before leaving the workplace.

Selling chametz that is not accessible

Many rabbis insist that those who sell their chametz grant possible access to that chametz to the non-Jewish purchaser. In fact, many require those who will not be home during Pesach to leave a key or, in some manner, to provide access to the location where the chametz is located. This is appropriate to support the stipulation in the contract of sale which states[7]Taken from Moadim u’Zmanim 279 that “the purchaser has permission to access the keys, and similarly to enter the house to access the location where the chametz is stored.”

Inability to get to to the sold chametz because the building in which it is located is inaccessible due to Corona virus does not invalidate the sale. Such a stipulation is really a function of our (necessary) efforts to avoid this transaction from being deemed ha’arama. This explanation is reinforced by Rav Moshe Shternbuch’s inclusion for sale shares of stocks,[8]This topic is debated by the poskim whether it is necessary and if such a sale would be effective; Rav Moshe Feinstein (Igros Moshe Even HaEzer 1:7) does not consider holding of stocks to be … Continue reading the sale of which clearly does not grant access to the facilities of a major corporation that produces or sells chametz food products. It is also common to spell out that even merchandise that may still be in transit is included in the sale; clearly the seller is no position to provide access to products he has not yet received. Accordingly, in our case in which access is not in the control of the seller, the lack of access is not considered a lack of good faith; as soon as the building reopens, the purchaser would certainly be granted full access.

It is likely, given this year’s uncertainties, that those who sell their chametz will want to repurchase the chametz after Pesach. This raises the question of the law of rotzeh be-kiyumo, i.e., that a person is interested in the existence of that chametz even though it is not his, an extension of the prohibition of owning chametz. Rav Moshe Feinstein[9]Igros Moshe Orach Chaim 1:60 explained that this does not apply to the fact that a Jew may be happy that he will find bread in a Gentile owned supermarket after Pesach. The Chasam Sofer[10]Shut Orach Chaim 119 wrote that this concern does not apply when the sale is conducted for the purpose of preventing a loss. More specifically, it seems that rotzeh bekiyumo only applies to cases where the benefit or profit will take place during Pesach; not if the benefit is after the Chag.[11]For elaboration on the halacha of Rotze Be-kiyumo see Shut Sho’el B’Shlomo simanim 41 & 42 It is for these reasons that the Shaarei Teshuva[12]Orach Chaim 450:13 ruled that a person who sold his chametz and sees, during chol hamoed, that the location where this chametz is stored is about to be flooded and ruined, is permitted to inform the Gentile purchaser that he should save the food that he has purchased.

Accordingly, the fact that a person truly hopes to repurchase the chametz is not viewed as a violation of this halacha. The Sale of Chametz & Hataras Nedarim It is worth noting that the practice of selling chametz is not related to the mitzvah of destroying chametz; it began as a way of avoiding significant loss of money, particularly for those Jews in the liquor business or who sold cattle (whose food was often chametz).[13]Rav Yosef Zevin, Moadim B’Halacha, Pesach section 4, for a thorough summary of the history and laws of the sale of chametz Regardless of its origins, the sale of chametz evolved over time and is now practiced by most observant Jews, even though their financial loss is generally insignificant.

However, there are many who, because the concern of Ha’arama, are strict, opting not to sell chametz gamur, any (real) chametz.[14]Shut Shoel uMeishiv, tinyana, 2:77, also see Moadim b’Halacha I have already been approached by some who generally follow this practice but, due to uncertainty we are facing, are considering following the lenient approach. Is one permitted to change his practice? This issue is relevant not only in the area of chametz which we are discussing, but in other areas as well, including the practice of eating shmura matzah exclusively, and the type of vegetable to eat for maror[15]As many Ashkenazim are accustomed to use horseradish roots which may be harder to find this year. or karpas, and various other Pesach observances.

The Shulchan Aruch[16]Yoreh Deah 214:1 writes that activities from which one refrains, although halachically permitted, are viewed as if one he has made a neder concerning his stringent behavior. An example of this is the minhag of fasting between Rosh Hashanah and Yom Kippur. Similarly, if one has adopted meritorious (positive) practices, these have the status of a neder as well. This means that all stringencies previously observed must be continued.

The Shulchan Aruch adds that if one were ill and unable to fast during this ten day period, hataras nedarim would be required. The Shach[17]Yoreh Deah 214:2 wondered why this was necessary, given that the Ramo ruled that one may participate in a meal in honor of a bris on these days without first performing hataras nedarim. He explains that even those who have accepted these meritorious practices upon themselves only did so with intent to fulfill them based on the common practice; since the practice always was to attend and fully participate in a bris, this is not a violation of the neder. Accordingly, if one wished to follow a more lenient practice this year one could argue that it is necessary to perform hataras nedarim. However, given the difficulties and inadvisability of establishing a beis din, this may not work. Although the members of the beis din for hataras nedarim need not be rabbis or Torah scholars, and may even be family members, they do need to understand how the process works.

Addressing this question, Rav Yechezkel Landau,[18]Dagul Mervavah 214:2 provides a different answer that has substantial ramifications for many of the questions we are and will be facing. He explained that the Shulchan Aruch required hataras nedarim only when the person was no longer able to observe that custom at all, as in the case, for example, of a change in their health status. However, one who attends a bris or has a short term sickness and intends to continue his stringent custom in the future, does not require hataras nedarim. This ruling is accepted by the Pischei T’shuva.[19]Yoreh Deah 214:1 On several occasions Rav Hershel Schachter based his own permissive rulings on this opinion. Given the difficulty in convening a beis din for hataras nedarim, this opinion provides an appropriate option, even for those who might not ordinarily follow this ruling.