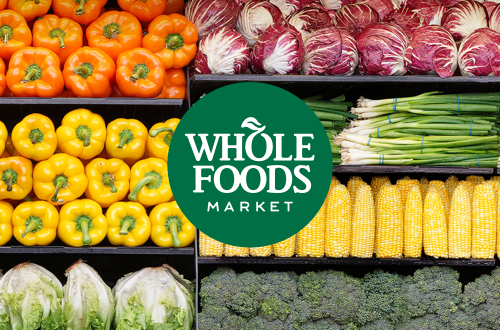 I. All the King’s Horses

When you give someone food, it shouldn’t be broken. Sometimes a slice or section of food is considered prepared but generally speaking, in halakhah, a piece of food is considered less desirable and less respectful than a whole. Therefore, preferably you should recite blessings on whole food rather than pieces (Berakhos 39b). Similarly, when setting aside bread for an eruv meal, you should use a whole loaf or matzah and not slices to avoid insulting your neighbors (Eruvin 81b).

My grandmother used to like to tell me about one time when I was a little boy and she was spreading butter on a slice of bread and the bread broke. Parents know that children hate that and insist on a whole slice, which then leads to negotiation, frustration and often tears. I asked for a whole slice but my grandmother explained that this was using the last slice. So I suggested she tape the slice together. Of course, this suggestion is childish because tape is inedible and would get stuck to the food. But is there another way to accomplish the same?

Regarding an eruv meal, the Gemara (Eruvin, ibid.) says that you can connect (literally: sew) the split pieces of a loaf of bread with a toothpick. Rashi (s.v. tefarah be-kisem) says that as long as the bread looks whole, it counts as a whole loaf. But (ibid., s.v. yedi’a tifrah) if you can see that it consists of pieces held together, it is not considered a whole food. In other words, does it look like a respectable food, a small (or large) loaf, you would give a guest? If it looks that way, it is considered whole. This is so even though when you eat the bread, you will have to separate the pieces or be careful not to eat the toothpick. If the bread is clearly made of pieces, for example an overstuffed deli sandwich on a baguette held together by a toothpick, it isn’t considered a whole bread.

At each Shabbos meal, we begin eating by reciting the blessing on two loaves of bread, preferably whole. Does the toothpick trick work for this purpose also? You might think the this only works for eruvin where the concern is appearances. In all likelihood, no one will eat the eruv bread but you want to show respect to your neighbors so the bread has to look whole. Perhaps for other purposes, the bread must actually be whole, not just look that way. Rav Tzvi Ashkenazi (17th cen., Holland; Chakham Tzvi, no. 60) raises this question but argues that since the rule for eruvin is that you need a whole food, the bread must be halakhically considered whole, not just look it. Therefore, this method should transfer to other laws.

The Shulchan Arukh (Orach Chaim 168:2) mentions the toothpick regarding reciting a blessing on a whole food rather than a slice. Rav Avraham Gombiner (17th cen., Poland; Magen Avraham, ad loc., 4) quotes the Roke’ach who says that this also applies for the two whole breads of a Shabbos meal. But Magen Avraham warns that if you use a small piece of wood to connect the food, the wood should not be muktzeh. It must be designated for use before Shabbos. A toothpick works fine for this purpose.

Similarly, Rav Ya’akov Tzoizmer (17th cen., Poland; Responsa Beis Ya’akov, no. 142) argues that an esrog whose pitom (top stem) falls off can be reconnected with a toothpick or pin. In that way, the esrog is considered whole once again. However, Rav Ya’akov Reischer (18th cen., Germany; Shevus Ya’akov, no. 35) disagrees strongly. He argues that the laws of eruv and esrog differ. Eruv is about avoiding offense, so looking whole is sufficient. An esrog must be whole naturally, as it grew from a tree. Gluing a pitom back on does not restore the esrog to its natural wholeness.

Rav Moshe Sofer (18th cen., Hungary; Responsa Chasam Sofer, Orach Chaim 46) questions the entire concept of restoring food. He points out that Rambam does not quote this law even regarding an eruv and identifies other Gemara passages that could be contradictory. Rav Sofer suggests that even those who accept the rule may only apply it to rabbinic requirements and not biblical requirements. However, in the end, he feels forced by precedent to accept the rule but refuses to extend it beyond its basic parameters. Therefore, he does not allow a completely sliced challah to be reconstructed with toothpicks. He only allows a single slice to be connected back to its loaf. However, Rav Shalom Schwadron (20th cen., Ukraine: Da’as Torah 274:1) seems to disagree with Rav Sofer and Rav Shmuel Kamenetsky (Kovetz Halakhos, Shabbos vol. 1, 14:17) explicitly permits connecting many slices into a loaf as long as it looks like a whole loaf.