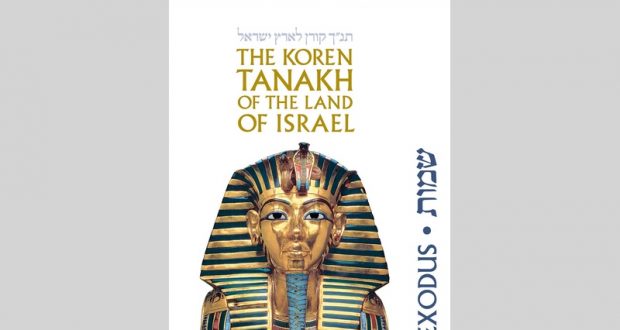 Posted by: Gil Student in From The Hashkafah Files, Magazine, Musings, Posts Feb 17, 20 0

Every generation sees the Bible in general, and the weekly Torah reading in particular, as a reflection of their own circumstances. This attitude enables the sacred text to constitute a living Torah, a guide to our own circumstances, challenges and opportunities. Too often, people forget that these are real stories that happened to real people thousands of years ago. While human nature hasn’t changed in the intervening time, much of our daily lives and environment have transformed many times over. As you certainly know, Moshe Rabbeinu did not wear a shtreimel, fedora or knitted yarmulke. One part of understanding holy scripture is seeing the characters, stories and even laws in their original context.

The new Koren Tanakh of the Land of Israel series is based on this premise. It engages scholars of ancient history, geography, botany, zoology and more to offer background on the realities of the text from the perspective of faithful Orthodox Jews. The first volume, the book of Exodus, includes extensive comments from Egyptology to explain the historical background in the land of Egypt. Exodus can be roughly broken into three sections: the exodus itself, the giving of the Torah and the building of the tabernacle. For this third part, the Koren volume includes historical background on altars and temples in the ancient world and Temple studies to illustrate and explain the construction of the Jewish tabernacle. The commentary and new translation (by R. Jonathan Sacks) is presented in breathtaking esthetic excellence, with beautiful full-color pictures of relevant archeological finds, maps and illustrations.

The use of ancient history in studying Bible deserves discussion. Rishonim engaged in this method of study. So did the sages of the Talmud and Midrash. Even if some (or many) teachings seem to read the Bible as if taking place in the rabbinic era, that is because contextual understanding is only one of many tools of biblical study. A rich study of the Bible sees it as it is, incorporates traditional interpretations throughout the ages, and applies it to contemporary life. There is plenty of room for legal, linguistic and literary study, along with history, hermeneutics, homiletics and more (to name just the H’s and the L’s).

Rambam uses this method particularly in the last part of Moreh Nevukhim, explaining the Torah’s laws as a reaction to ancient paganism, based on his knowledge of the ancient world. Even his frequent critic, Ramban, utilizes this approach at least once (commentary to Lev. 2:11). Nowadays when we have access to more information of the ancient world, we can expand on the work of Rambam, Ramban and others. The findings of modern study of ancient history offer us great opportunity to continue in the paths of the Rishonim.

However, we have to take care while doing this in two ways. The first is to recognize the inherent uncertainty in historical studies. The amount we know about the ancient world is dwarfed by what we don’t know. We can suggest interpretations based on historical studies but we can never be certain. At most, we can say that based on the current evidence, this suggestion seems likely. We never know what new find will raise questions about this interpretation.

Additionally, we have to be wary of the fallacy of similarity implying origin. Much of the commentary in this book consists of showing similarities between other ancient cultures and the Bible. Does that mean that the Torah is no different from other ancient texts and Judaism the same as other ancient religions? Dr. Jeremiah Unterman, the Academic Adviser of this series, warns against this trend he calls “parallelomania” in the introduction to his most recent book, Justice For All: How the Jewish Bible Revolutionized Ethics (p. xxiii).

The Exodus volume of The Koren Tanakh of the Land of Israel navigates both of these issues brilliantly. Repeatedly, in the introduction and throughout the commentary, it speaks of possibilities and suggestions. Additionally, a consistent theme throughout the book is how the Bible differs from ancient cultures. The commentary uses the context to point out the Bible’s themes and contributions, how the Torah breaks away from paganism to monotheism. Indeed, if there is one main message of this book, it is that the Bible is a divine revolution against ancient paganism, in its theology, practice and attitudes.

For example, God’s descent to Mount Sinai in “thunder and lightning and a dense cloud” reflects God as above nature and not part of it, like pagan deities. Pagan storm gods were seen as controlling nature, guiding the thunder, lightning and rain. Normally, clouds, thunder and lightning bring rain. This passage shows a God who is above nature, who controls the different elements and, rather than bringing rain, brings fire instead (19:16-18; p. 102).

The table (shulchan) in the Tabernacle resembles tables in ancient shrines, where pagans believes their gods ate their meals. In contrast, the table in the Tabernacle contained bread that was eaten by the priests, not by God, thus emphasizing the distinction of Judaism from paganism (25:23; p. 150).

The commentary contains much comparison and distinction of biblical and ancient Near Eastern law. Regarding the hierarchy of judges, the commentary points out that the Torah places the law above everyone, even the king. In contrast, ancient societies made the kinds the sole source of justice. “The Torah rejects this trend… In the Torah’s judicial system, no one is above the law” (18:13; p. 97).

This volume, whose Rabbinic Adviser is Rav Tzvi Hersh Weinreb, begins with a methodological introduction that addresses many of the theological issues involved in writing a modern commentary to the Bible. The editors unequivocally assert that they assume divine and unified authorship of the Torah and do not attempt to “justify, explain, deny or rationalize the presence of miracles in the Tanakh” (pp. xvi-xvii). To my reading, the commentary throughout this volume remains faithful to these principles and respectful overall to tradition, even while suggesting new interpretations (which itself is justified theologically in the introduction). The keen reader will note that many times the commentary supports classical commentaries, albeit without saying so (e.g. that after making the golden calf, the people engaged in sexual deviance; 32:6 as per Rashi, p. 178).

Overall, the volume offers great value in visualizing the ancient Jews living in their environment and experiencing the great events of the Torah. It also provides thoughtful directions for commentary. Some general examples of the general commentarial value of this volume include the reason that the plague of darkness was so effective: after explaining ancient Egyptians beliefs about the sun god, the commentary continues, “Ancient Egyptian society was very anxious about the possibility that the sun god might fail his nocturnal sail in the Realm of the Dead, and never rise again… It was against this ancient fear of chaos that one must read the biblical text about the plague of darkness” (10:21-23; p. 58) (Granted, this comment could have used a little less certainty.)

When the Jews complain that they “sat by the fleshpots” in Egypt, the reader would be justified in entertaining skeptical thoughts about the fanciful feasts available to slaves I. Egypt. Therefore, the commentary explains the varied eating habits of the different social strata in Egypt, and concludes, “Although they could not afford luxurious foods, the wealth and range of foods Egypt offered even for its poorest inhabitants was by far richer than what was available in the arid and difficult environment of the desert” (16:3; p. 87).

Why would the Jews make specifically a golden calf with which to worship God? “In ancient art, some gods were often depicted standing on a pedestal rather than seated on a throne; and, sometimes, bulls were shown as the pedestal” (pp. 174-176). The Jews could have seen the bull as a throne for God, as an icon rather than as an idol. This is still forbidden but more worshipping God improperly than pure idolatry (see Kuzari 1:97).

The Koren Tanakh of the Land of Israel Exodus volume is an invaluable addition to the Jewish bookshelf, faithfully adding to the millennia of commentary from the rich discoveries of modern historical methods. I hope future volumes continue in this path of excellence. 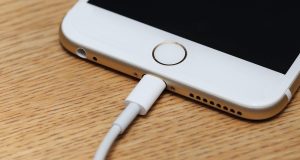