Be Careful What You Sweep Aside

The story of the Jewish people in Egypt goes bad when a new king arises, 1;8, asher lo yada et Yosef, did not know Yosef. Onkelos says di la mekayyem yat gezerat Yosef, who did not uphold the laws of Yosef. ArtScroll has a few ideas, I like best the one they attribute to Midreshe HaTorah and Tosafos uMiluim, Par’oh rescinded the one fifth tax of Yosef. You’ll remember at the end of Parashat Va-Yigash, chapter 47 of Bereshit, the Torah spent fourteen verses on how Yosef leveraged the saved grain to Par’oh’s advantage, to where the people of Egypt agreed (gratefully!) to a permanent twenty percent income tax.

I’ve often wondered why we needed to hear about the incident, and have not been satisfied by the answers I have seen. The idea the new Par’oh in Shemot was going to rescind this law (this is the only lasting law we see Yosef create), would clear up two points, if that was what Onkelos meant. First, it explains the value of knowing the story—this initiative of Yosef’s was the first way Par’oh showed his unconcern with the past, his rejection of a narrative of gratitude to Yosef for his service to the nation. [As I edited this for sending, it reminded me of the shock of some German Jews when Nazi Germany, yemah shemam ve-zikhram, included decorated heroes of the first World War in their discriminatory laws.]

Perhaps more important, it suggests a purely financial reason to enslave the Jews, to make up for his huge loss of tax revenue. For all Par’oh tells his people he’s doing it out of the fear they would join Egypt’s enemies in case of war, Onkelos gives us reason to think he had other concerns.

My speculation, if correct, also makes a point about unintended consequences. A new Par’oh renounces the old tax system, likely garnering accolades from the populace (who doesn’t want a lower tax bill?). Except the gift of reduced taxes led to the moral turpitude of enslaving a people, and took the Egyptians down the road to plagues and destruction.

Rejecting the past has consequences, obvious and not so, I think Onkelos teaches us here.

The slavery plan does not accomplish Par’oh’s goals, and his next idea is to recruit the midwives to kill the male babies. He addresses ha-meyaledot ha-ivriyyot, Hebrew midwives, in verse 1;15, except Onkelos refers to them as Yehudayata, Jewish (or, for any sticklers, Judah-ites, maybe Judeans). ArtScroll points out Onkelos translated ivrim, Hebrews, as ivraei throughout Bereshit. They assume the switch came at Shemot  because it was the first time after Ya’akov had conferred leadership of the nation on Yehuda, a leadership Bereshit Rabbah says means the people would identify themselves as Yehudim.

To me, the identifier also sees the people as having developed into a nation, similar to how we describe it in Devarim and on Seder night, va-yehi sham le-goy, they became a nation there. The midwives were not just Hebrews, speakers of a certain language, former residents of a certain region, they were part of a nation, Yehudiyot.

When We Notice Our Suffering

After the first Par’oh dies and a new one arises, 2;23 tells us the Jewish people sighed from their labors, and Onkelos adds de-hava keshe alehon, that was hard on them. ArtScroll notes both Nefesh HaGer and Parshegen, who think he means to imply what Ramban says, the death of one Par’oh brought hope for an easing of their troubles. When it did not pan out, they sighed and cried out, eliciting Hashem’s response.

Ramban’s idea founders a bit on the verse’s never mentioning the new king. Of course, the death of one king implies a new one’s rise, but if the crucial event was disappointment at the new king’s failure to ease their burdens, it would seem to have omitted a key plot point. In addition, Onkelos speaks only of the labors being hard, not of any hopes they may have had.

I wonder whether Onkelos thought ends of eras lead to introspection. Just the death of the king produced a moment to look around, to realize how long they had been toiling under his rule (as the verse says, va-yehi ba-yamim ha-rabim, it was in those many days), how hard the work really was. While you’re in it, you might not notice; a moment to step back lets you see how bad it is, how long you’ve been struggling to keep your head above water.

ArtScroll follows Rashi in reading it to mean it will not be the strength of his army leading Par’oh to hold on to the Jews, because Hashem can easily defeat Par’oh, as happened later in the story. ArtScroll adds something Rashi did not say, Par’oh will not let them go because Hashem will harden Par’oh’s heart.

Could be. To me, Onkelos might also have been saying his strength isn’t the only reason for his refusal, other factors played a role. After all, between when Hashem demonstrated Par’oh’s powerlessness (after the third plague, for example, his sorcerers throw in the towel) and when Hashem begins hardening his heart, Par’oh still does not let them go. Ramban notices Hashem sometimes strengthens Par’oh’s heart rather than hardens it, telling him Hashem also helped Par’oh stay on his preferred path, not yield to fear.

When his army was a source of strength, Par’oh would say he acted as he did because he knew he could win. I read Onkelos to mean Hashem is telling Moshe Par’oh will stick to that path beyond that, because his investment in retaining the Jewish people went beyond prudence, doing only what military prowess allows.

The Connection to Gd Lasts

Twice in chapter four, verses twenty and twenty-seven, the Torah refers to an item as being an item of Gd, the first time the mateh, the staff, and the second time the mountain where Aharon goes to meet Moshe. In both places, Onkelos sidesteps the idea of belonging to Gd, translating mateh haElokim, the staff of Gd, as hutra de-it’avidu ba nisin min kodam Hashem, the staff through which miracles from before Hashem would be performed. ArtScroll cites Marpe Lashon, who recognized Onkelos was neutralizing the theologically problematic idea of something belonging to Gd or being inherently holy. He says instead the Torah meant to note this staff had and would serve a Divine purpose.

For the mountain, Onkelos wrote be-tura de-itgele aloha yekara Da-Shem, the mountain on which the glory of Hashem became revealed. Here, too, Onkelos intends to remind us not to think one mountain belongs to Gd or is inherently holy [I wonder what he would have done with Rambam’s idea in Laws of the Chosen House 6;16, after Hashem’s Presence rested on the Temple Mount, it never left. For another time.]

His limitation of the connection to Hashem seems to me to lead to a surprising expansion of another idea. The staff is not inherently Gdly nor does it belong to Gd, and neither does the mountain. Yet by virtue of experiences of closeness for each—the miracles for the staff, the revelation for the mountain, the Torah sees fit to refer to them as connected to Gd.  The connection isn’t metaphysical or inherent, but one or two times shapes them for a lifetime.

In going from family clan to nation, the Jews go from freedom to servitude, perhaps because of Par’oh’s poor economic choices about taxation, bear their suffering for many days before they fully absorb how bad it is, will need to be freed from a king with more than the obvious reasons to hang on to them, and are being set up with a leader who has already been given points of contact with Hashem, a good foundation for the salvation to come. 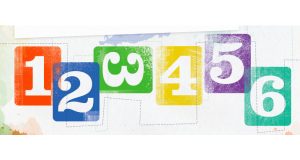