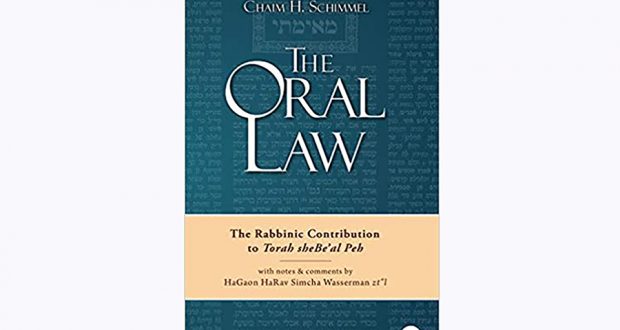 Is the Torah Moral?

Posted by: Gil Student in From The Hashkafah Files, Magazine, Musings, Posts Jan 17, 20 0

Is there any value in trying to understand the origins and development of the Oral Torah? The Five Books of Moshe were dictated by G-d to Moshe and the remainder of the Bible was written by various prophets under inspiration. Where do the Mishnah and Talmud come from? More important than authorship of the great Jewish works is the origin of their laws and ideas. Does a committed Jew gain anything from exploring all that has been written on this subject?

Rebellious Jews have long rejected the Oral Torah, whether Sadducees, Karaites or otherwise. In response, great rabbis have addressed the history of the Oral Torah. For example, Rambam discusses the history, theology and technical details of the Oral Torah in his introduction to his commentary on the Mishnah and his classic halachic work, Mishneh Torah. Like others, Rambam had to work backwards in reconstructing this description.

The Mishnah and Gemara spare little room for methodical descriptions of the Oral Torah. The Mishnah focuses on laws and the Gemara adopts a style of free-flowing discussion rather than methodical progression. By doing so, the texts more effectively teach the ideas and methods of the Torah, engaging students in its direct study rather than talking about the Torah’s background. Instead, we have piecemeal comments across rabbinic literature, by different rabbis living in different times and places. Unlike in later generations, at that time there was no need for a comprehensive catalog. As often occurs in Talmudic study, the puzzle pieces are put together slightly differently by various commentators.

In The Oral Law, Rabbi Chaim H. Schimmel summarizes the consensus approach based on Rambam’s writings and subsequent discussions…