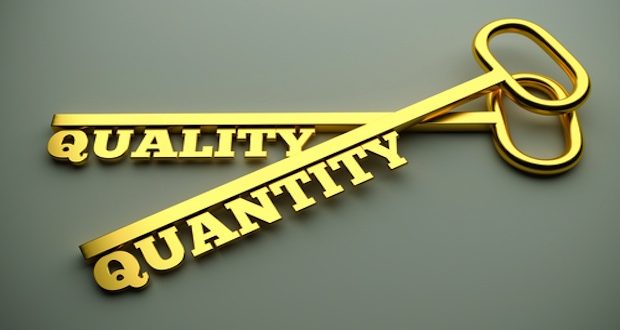 Since reciting Kaddish is a concrete way of honoring a departed loved one, mourners are understandably anxious to do so at every possible opportunity. In most Ashkenazic congregations, mourners say Kaddish four times during Shacharit: after Korbanot, after Mizmor Shir Chanukat Ha-Bayit, after Aleinu, and after Shir Shel Yom. Many become upset if they miss even one of these; presumably, they assume that with each additional Kaddish, additional benefit accrues to the deceased’s neshamah.[1]Cf. Zohar, Tosefta 62b.

While contemporary Jews’ devotion to this custom is admirable, it is important to maintain an accurate perspective thereon. The primary liturgical way to honor one’s parents posthumously is not by reciting Kaddish per se, but by leading the entire service (which obviously includes several Kaddishim).[2]On non-liturgical ways to honor one’s parents after their death, which are of even greater significance, see Kitzur Shulchan Aruch 26:22. Saying a separate Kaddish Yatom is a medieval Ashkenazic innovation, instituted for the benefit of mourners incapable of serving as a shliach tzibbur. Therefore, those who do lead the service as aveilim need not recite the additional Mourner’s Kaddish,[3]See Aruch Ha-Shulchan, Yoreh De‘ah 376:12. although of course they may do so if they wish.

The original Mourner’s Kaddish was the one recited after Aleinu – even today, people think of this one as the most important. Indeed, the Rema rules that it should be said even if there is no mourner in shul.[4]Orach Chayim 132:2. Since it is fundamentally for mourners, the general custom is that this Kaddish is recited only by one who has lost a parent; if no such person is present, it is omitted. In some … Continue reading Why, then, have we added another Mourner’s Kaddish after Shir Shel Yom, which immediately follows Aleinu? Reciting two Kaddishim in such close proximity surely runs afoul of poskim’s admonition not to recite superfluous Kaddishim![5]Discussed by earlier authorities, this point is codified in Mishnah Berurah 55:1.

The answer seems to be as follows: In the times of the Rema (and earlier), Shir Shel Yom was actually not recited publicly at all; the service ended with the Kaddish after Aleinu.[6]In fact, the Biblical verses at the end of the daily Aleinu were added specifically so that Kaddish could be recited thereafter (since one recites Kaddish only after saying pesukim). See Seder Rav … Continue reading When the custom to recite the daily psalm took hold, mourners said Kaddish thereafter—appropriately, since davening should conclude with Kaddish. However, the idea was already entrenched that the main Kaddish Yatom comes right after Aleinu, so Kaddish continued to be recited at that point as well.

And yet, since there is no actual need to recite Kaddish after Aleinu specifically,[7]Cf. R. M.M. Karp, Mishmeret Semachot, ch. 32 n. 56. the imperative to reduce the number of Kaddishim would seem to require that Kaddish Yatom be said only once—following Shir Shel Yom.[8]R. Yitzchok Satz agrees that only one Kaddish should be recited, but argues that it should follow Aleinu (personal communication). In his view, such a practice emphasizes that the additional tehillim … Continue reading When additional Tehillim are recited, such as Psalm 104 on Rosh Chodesh or Psalm 27 during Elul, the one Kaddish Yatom should be recited at the end of the series of psalms.[9]I recall attending services on Shabbat that coincided with Rosh Chodesh and Chanukah where mourners recited Kaddish after Aleinu, after Shir Shel Yom, after the psalm for Rosh Chodesh, and again … Continue reading

In congregations in which only one person says Kaddish at a time (following the ancient minhag), there is perhaps room to be flexible about reciting extra Kaddishim so that everyone gets a Kaddish.[10]Mishmeret Semachot 32:31. But according to the common practice, according to which all mourners recite Kaddish simultaneously, there is no reason for so many Kaddishim since no one will be left Kaddish-less.

Indeed, some mourners have complained to me that an excessive number of Kaddishim makes it difficult to concentrate on reciting them with kavvanah. A similar concern applies to the rest of the congregation, who may become impatient with the formidable quantity of Kaddishim and fail to pay proper attention. Such a situation is surely not beneficial to the neshamah of the one for whom Kaddish is being said.

Another case of Kaddishim in too-close proximity occurs at the beginning of the service. There is no evident reason to recite Kaddish de-Rabbanan after Korbanot and then Kaddish Yatom after Mizmor Shir. This practice apparently began as an amalgamation of two different customs—some shuls recited Kaddish only after Korbanot and others after Mizmor Shir; eventually, people began doing both.[11]See Seder Rav Amram Gaon, Otzareinu ed., appendix to siman 9. It would be much better to recite only one of the two.[12]Saying only the Kaddish after Mizmor Shir is probably the preferable course of action, in order to emphasize its separateness from Psukei de-Zimrah proper. See additional reasons in Seder Rav Amram … Continue reading

As a historical note, the recitation of any Kaddish before Psukei de-Zimrah is an extremely late innovation. In ancient times, the communal service began with Yishtabach—everything prior was recited by each worshiper privately.[13]Some synagogues and yeshivot, especially in Israel, maintain this practice even today. Even when it became common for a chazzan to recite parts of Korbanot and Psukei de-Zimrah aloud, Kaddish de-Rabbanan was not said as part of the prayer service.[14]See Siddur Eizor Eliyahu ad loc., and Seder Rav Amram Gaon (op. cit.).

Furthermore, Mizmor Shir Chanukat ha-Bayit only began to be added to the Ashkenazic liturgy in the 18th century. Prior thereto, no one said Kaddish after Mizmor Shir for the simple reason that that psalm was not recited at all! In fact, many have argued against its inclusion in nusach Ashkenaz, and German Jews and followers of the Vilna Gaon continue to omit it.[15]See Siddur R. Shabtai Sofer (ed. R. Satz and R. Yitzchoki), supplemental notes to p. 52.

Unfortunately, many people are under the impression that the Kaddishim at the beginning of the service are just as obligatory for mourners as the one(s) at the end. I have been in shuls where there was not yet a minyan at the end of Korbanot, and mourners insisted that the service be stopped until a 10th man arrived so that they could say Kaddish. In such a situation, it would actually be a greater merit for the deceased’s soul to refrain from tircha de-tzibbura (burdening the congregation with unnecessary delays).

To conclude: The Mourner’s Kaddish was originally intended to be recited only once per service,[16]It should be noted that congregations that daven Mincha and Maariv consecutively and omit Aleinu in between obviously do not recite the Mourner’s Kaddish following Mincha. and only by someone incapable of leading the entire davening. At the contemporary Ashkenazic Shacharit, however, all those in mourning usually recite Kaddish four (or more) times—two in close succession at both the beginning and end of the service. This is not ideal since halacha discourages the excessive recitation of Kaddish; furthermore, this practice can prove burdensome for both the congregation and the aveilim. Since these additional Kaddishim are not at all obligatory, it behooves shuls to consider reducing their number, while at the same time remaining sensitive to the feelings of mourners.[17]I would like to thank R. Avi Heinberg for his helpful comments.